After a dramatic weekend that saw him hit with a grid penalty and excluded from Friday's qualifying results, Lewis Hamilton still found a way to cut into Max Verstappen's lead in the Drivers' standings. 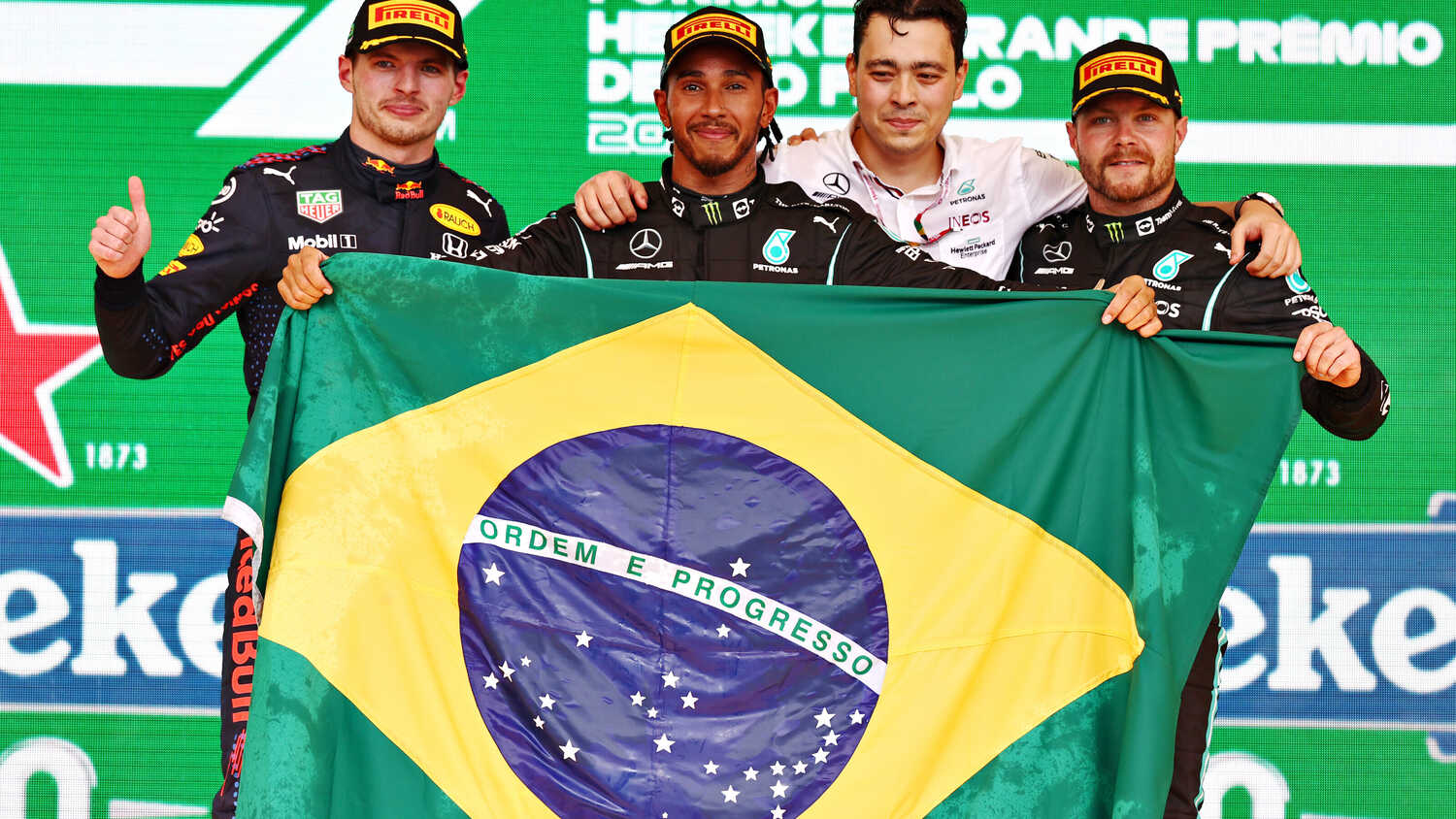 Max Verstappen's lead in the Drivers' standings has been reduced to 14 points after Lewis Hamilton took the chequered flag at the Sao Paulo Grand Prix.

Hamilton battled back from P10 on the grid to take his sixth win of the season on a weekend that saw him excluded from Friday's qualifying results, while also serving a five-place grid penalty for taking a new Internal Combustion Engine.

Although it wasn't an ideal weekend for Verstappen, his push for a first World Championship was aided by his P2 finish in Saturday's Sprint Qualifying race, which secured him two points. He was also helped by teammate Sergio Perez's fastest lap late in Sunday's race, which prevented Hamilton from picking up an extra point.

As for the Constructors' standings, Mercedes have opened up an 11-point gap over Red Bull thanks to Hamilton's win and Valtteri Bottas' P3 finish.

Behind them, Ferrari now lead McLaren by 31.5 points in the fight for third after an impressive showing for the Scuderia in Brazil, with Charles Leclerc and Carlos Sainz finishing P5 and P6 respectively.