Bottas takes pole ahead of Verstappen for Brazilian GP

Mercedes' Valtteri Bottas has taken pole position for the Brazilian GP, having finished first in the Sprint Qualifying race. 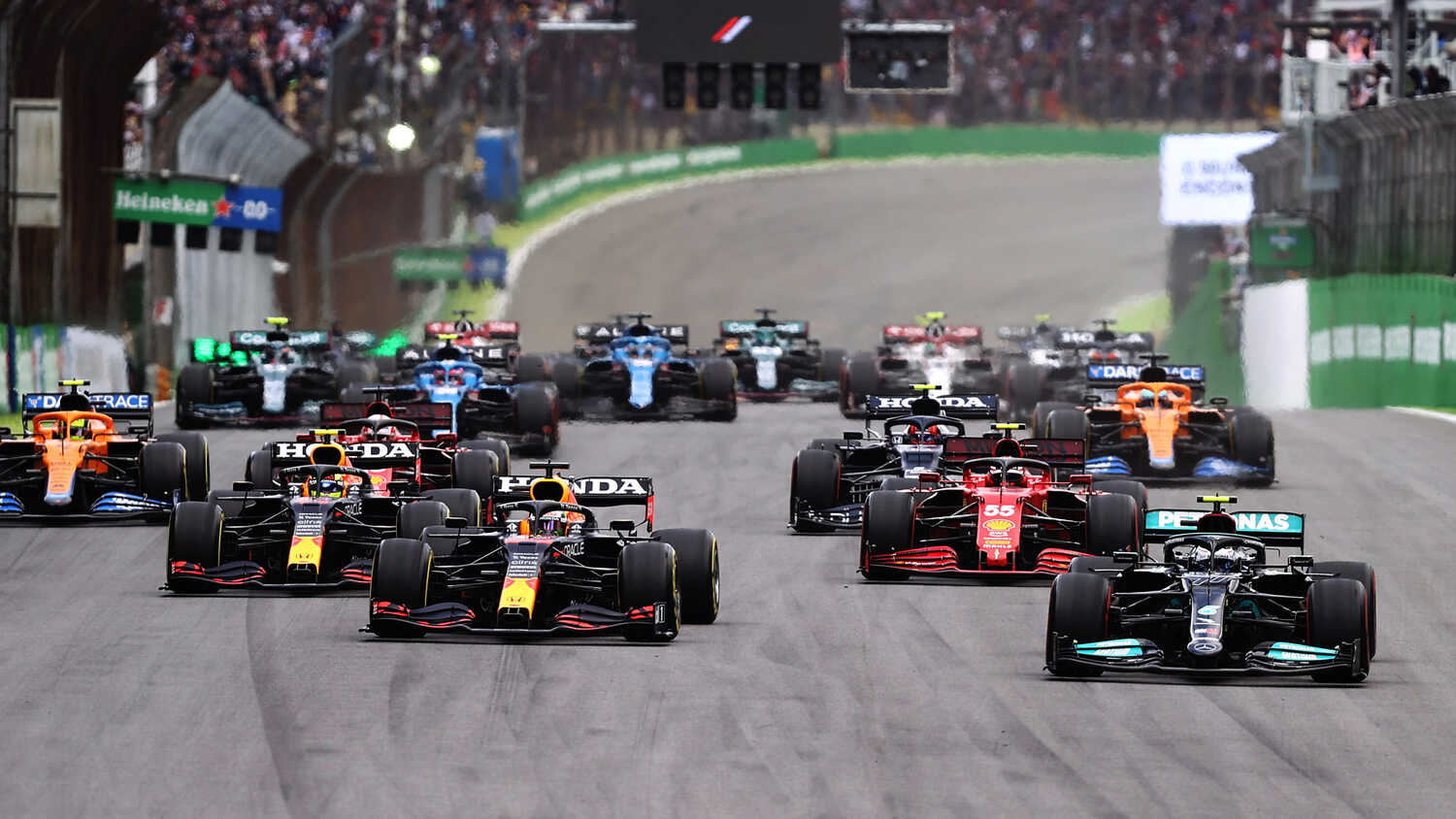 Valtteri Bottas has won the Sprint Qualifying race at Interlagos and, as a result, taken pole position for Sunday's Sao Paulo Grand Prix.

With drivers given free tyre choice for the 24-lap race, Bottas elected to start on the more aggressive Soft tyre compound. This proved to be an inspired decision as the Soft tyre's immediate grip allowed him to power past Max Verstappen into the first corner.

So good were the Softs at the race start, fifth-placed Carlos Sainz vaulted his way into third at the first corner, before passing Verstappen down the straight into Turn 3.

It took a few laps for the Medium tyres to come alive for Verstappen, who passed Sainz for second place on Lap 5, and he set about catching Bottas. While he was able to close to within DRS range of Bottas, the Finn weathered the pressure to cross the finishing line first and claim pole for Sunday's race.

Verstappen had to settle for second place, with Sainz finishing a distant third as he fought off Sergio Perez.

Bottas and Mercedes get three points for their championships as a result, Verstappen and Red Bull two points to extend the Dutch driver's lead over Lewis Hamilton in the Drivers' Championship, and Sainz and Ferrari claim a solitary point for third.

Hamilton put in a sensational drive from the back of the grid after his exclusion from qualifying. Starting 20th, he used the Medium tyres and sliced his way decisively through the field with aggressive moves on the Ferraris and McLarens, including a particularly impressive pass on Lando Norris.

Hamilton finished the race in fifth, meaning he will start Sunday's Grand Prix from 10th place on the grid, following his engine change penalty.

McLaren driver Norris will therefore start the Grand Prix from fifth, ahead of Ferrari's Charles Leclerc and AlphaTauri's Pierre Gasly in sixth and seventh.

Alpine's Esteban Ocon is set to line up eighth, with Aston Martin's Sebastian Vettel in ninth.