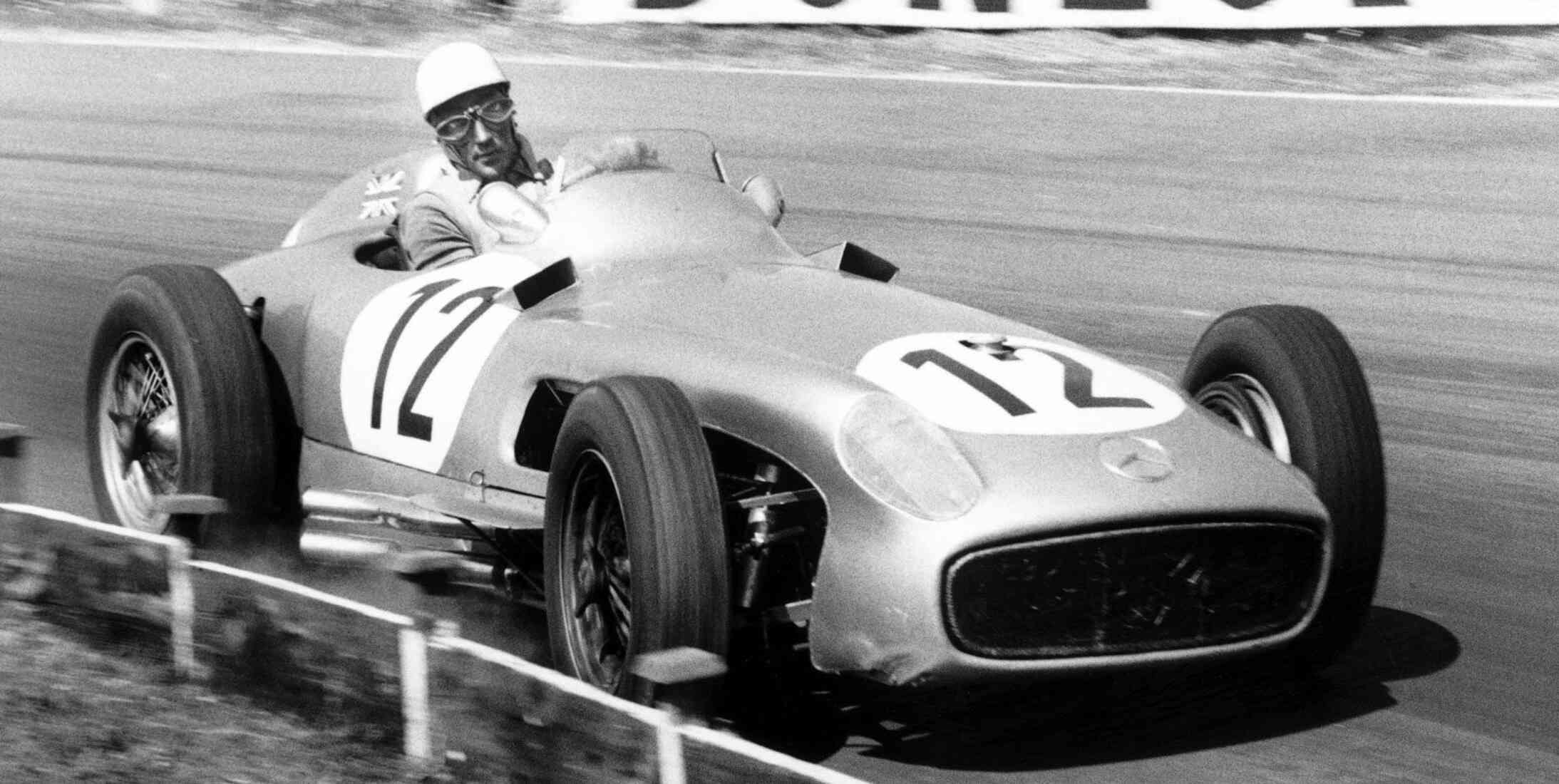 Widely regarded as the greatest driver to have never won a title, Sir Stirling Moss is a British racing legend who competed in Formula during the 50s and 60s scoring 16 wins in 67 starts.

Hailing from a family of racers, Moss was always destined for a career in motorsport. His father was an amateur racer himself who finished 16th in the 1924 Indianapolis 500 and his mother was a pre-war hillclimb racer with his sister Pat also a rally driver.

Moss would have a disastrous season in 1952 where he would fail to finish any of the five grand prix he entered. He would compete in a further four races in 1953 once again failing to score any championship points The Englishman would earn his first podium in 1954 finishing third at that year’s French Grand Prix racing for Maserati.

The British legend would begin to make his mark on the sport in 1955. Teaming up with the great Juan Manuel Fangio at Mercedes, Moss would score one win and two second places, finishing as runner-up in the championship to his teammate.

After Mercedes decided to pull out of all forms of motorsport completely, Moss would once again drive for Maserati securing back-to-back second places in the championship, once again losing out to Fangio. This pattern would repeat itself for a third consecutive year despite Moss winning three races.

The 1958 season was possibly Moss’ best chance at championship glory. He would start the season by winning the opening round in Argentina, and despite winning three more races including the championship’s only Moroccan Grand Prix, he would lose the title by a solitary point to the more consistent Mike Hawthorne despite winning four races to Hawthrone’s one.

Moss would then end his F1 career with a string of third-place finishes in the championship retiring from the sport in 1961.

In Moss’s 14 year long career, he competed in an epic 529 races winning 212 of them, including 16 in F1. At his peak, he competed in 62 races a year and drove for 84 different makes over the duration of his racing career.

Apart from his on-track exploits, Moss became a British celebrity appearing in several TV shows including the James Bond movie Casino Royale. He also became a brand ambassador for Mercedes, who he drove with in 1955.

Moss was inducted into the International Motor Sports Hall of Fame in 1990 and was knighted in 2000 for his contributions toward motorsport.