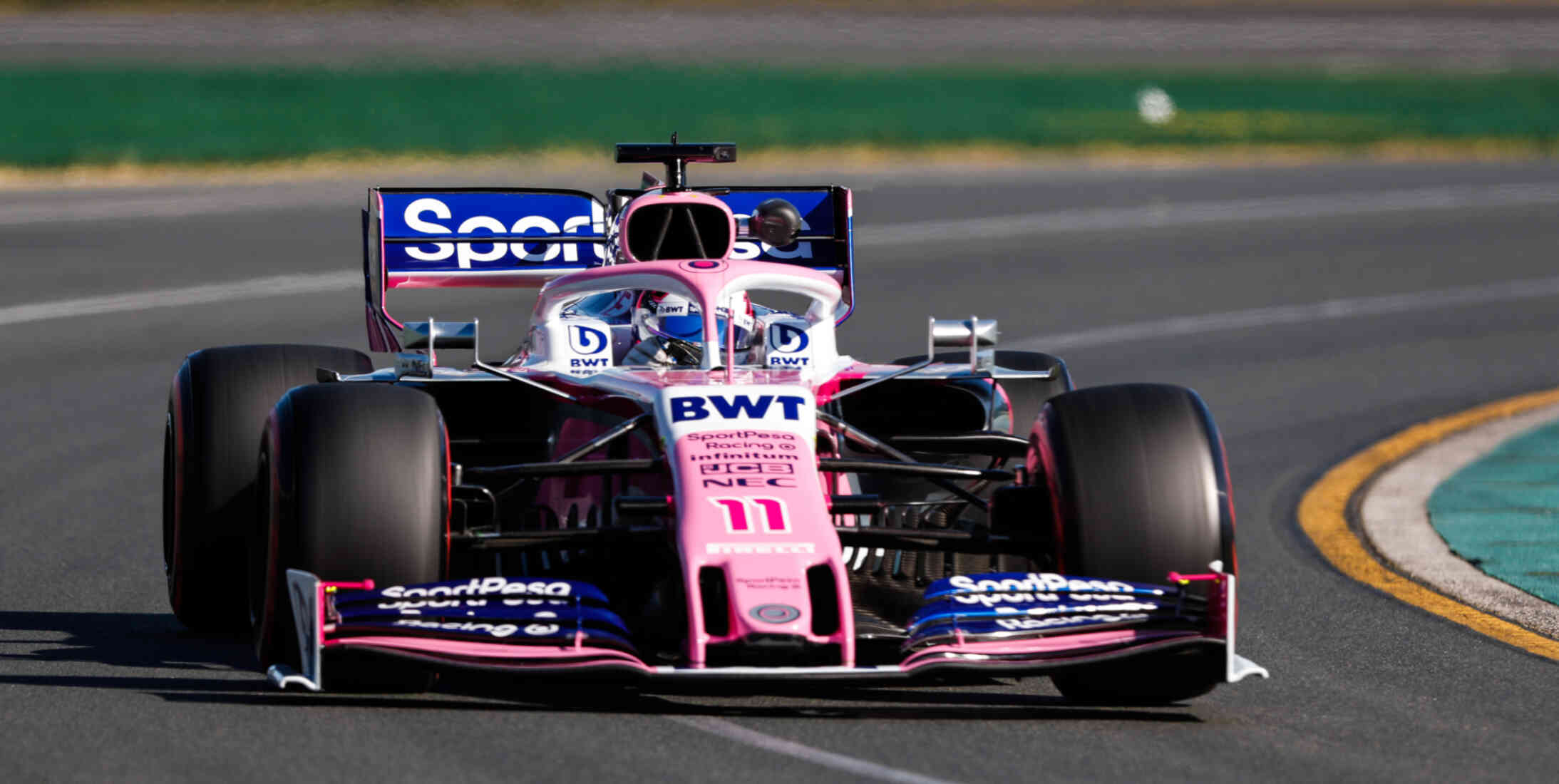 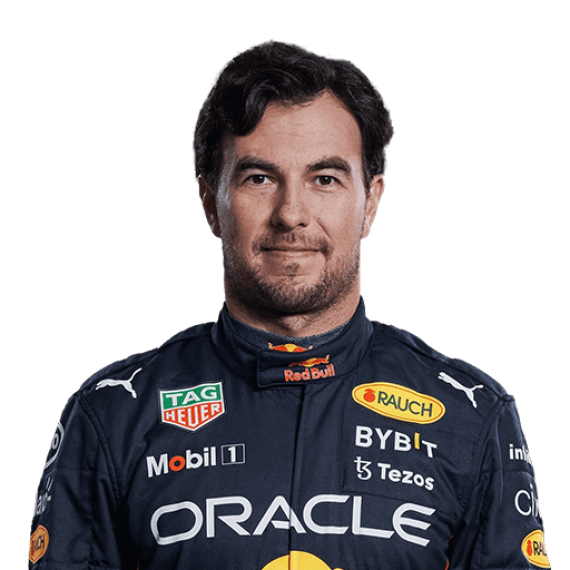 Sergio Perez embarked on his first year as a Red Bull driver in 2021, and will again race for the team alongside Max Verstappen in the 2022 F1 season.

Sergio Perez broke into Formula 1 with Sauber back in 2011, and in the decade since has driven for a number of teams and established himself as one of the sport's most reliable drivers.

Through stints with Sauber, McLaren, and Force India/Racing Point, the latter of which brought him his first-ever F1 race victory at the Sakhir Grand Prix in 2020, the Mexican has shown his skill and longevity on the way to his current position with Red Bull.

But who is Sergio Perez and how did he secure his spot in Formula 1?

Here is everything you need to know about Sergio Perez.

Sergio 'Checo' Perez was born in Guadalajara, Mexico on 26 January 1990, the son of a former stock car racer, and by age six he had already begun to participate in karting.

Those early years showed glimpses of the young driver's promise, with a range of trophies in both his home country and the United States, and the early success would win him a move to Europe to compete in the German Formula BMW ADAC series in 2005.

The first year away from home failed to produce the type of success Perez would have dreamt of as he struggled to 14th in the drivers' standings that season.

But at the wheel of a 4speed Media car, the next year he improved to sixth, and for the 2006/2007 season, Perez raced in the A1 Grand Prix championship for Team Mexico, the third-youngest driver to participate.

With his confidence building, he made one of the biggest calls in his young career and opted to move to Oxford, UK to compete in the British Formula 3 championship for the 2007 season.

Racing for the T-Sport team, Perez dominated the series, winning two-thirds of the races and finishing all but two on the podium. Both he and the constructor moved up to the premier International Class the following year.

The success in the United Kingdom brought Perez further attention from teams further up the motorsport ladder. He was rewarded for his Formula 3 form with a call-up to the Campos Grand Prix team, racing in GP2 for the 2008/2009 GP2 Asia Series.

He won the first race of the season at Sakhir, and added a second win in Qatar. Perez then moved to Arden International to join the main GP2 Series in 2009.

Driving alongside Edoardo Mortara, Perez finished 12th overall, with his best finish a second-place at Valencia. In the off-season, he competed in two rounds of the 2009/2010 GP2 Asia Series for Barwa Addax, winning five races and finishing second overall behind Pastor Maldonado.

Perez's results and significant financial backing from sponsors in Mexico drew the gaze of F1 teams. In late 2010, Sauber announced that the Mexican would join them for the 2011 season as a replacement for Nick Heidfeld.

Perez became the fifth Mexican to compete in F1 and the first since the retirement of Hector Rebaque in 1981. He was also named a member of the Ferrari Driver Academy.

Perez made his F1 debut at the 2011 Australian Grand Prix, finishing seventh, although Sauber were later disqualified from the race for technical infringements.

He secured his first points in Spain later that season, and looked on good form going into the race in Monaco.

Perez reached the final 10 in qualifying in Monte Carlo for the first time, but ended up crashing heavily at the beginning of Q3. This kept him out of the race, along with the following Grand Prix in Canada, though he avoided serious injuries.

Regularly outperforming his more experienced teammate, Kamui Kobayashi, Perez also scored more points for the struggling Sauber outfit. His form resulted in a mid-season test for Ferrari, though he eventually signed an extension with Sauber.

Perez started the 2012 season well at a rain-soaked Malaysian Grand Prix. He looked to be in with a shot of victory, but a strategy misfire with the pit-stop meant he lost out to Ferrari driver Fernando Alonso.

Speculation that Perez could head to Ferrari as a replacement for Felipe Massa started to swell after more podium finishes, and while the Scuderia ultimately opted against the Mexican based on his lack of experience, McLaren saw something else.

With Lewis Hamilton set to depart for Mercedes, McLaren needed a driver to partner Jenson Button, and Perez was given the opportunity, signing a multi-year contract for 2013.

Expectations were high upon Perez's arrival in Woking, but the anticipation soon soured after the 2013 car, the MP4-28, was found to be a shadow of the race-winning machine the team had fielded the previous season.

There was also tension between the two teammates, with Button criticising Perez's driving style, as the latter was involved in a number of crashes during the season.

He retired from the Monaco Grand Prix following a collision with Kimi Raikkonen – who later said that Perez should be "punched in the face" – before moving on to score a season-best fifth-place finish in India.

However, the performances ultimately weren't enough, with Perez departing McLaren at the end of the season.

Following his departure from McLaren, Perez was on the hunt for a new F1 seat. He soon signed with Force India, replacing Paul di Resta alongside Nico Hulkenberg.

Perez was determined to bounce back and prove his pace after a disappointing stint with McLaren, and got his season off to an almost ideal start with third in Bahrain, only the second time the team had ever been on the podium.

Despite finishing behind Hulkenberg in the overall points standings at the end of the season, the team renewed his contract for 2015. Force India's faith in Perez would be rewarded as he was responsible for the majority of the outfit's points haul, including another podium, this time at the Russian Grand Prix.

Perez made his first appearance at a home race that same year at the Mexican Grand Prix, but the fairy-tale ending wasn't to be, as he was beaten to the line by Hulkenberg.

He put his Force India fourth on the grid at the last race of the season in Abu Dhabi, coming home fifth behind both Mercedes and Ferrari cars.

Perez once again showed his pedigree in 2016, putting his car on the podium a further two times in Monaco and Azerbaijan, with the team overtaking Williams as the leading Mercedes customer team on the grid.

Perez managed to outpace his teammate over the year, and Hulkenberg would eventually leave, with Esteban Ocon brought in as his replacement. Perez was able to consistently keep the upper hand on Ocon over the Frenchman's two-year stint with Force India, but the two also clashed repeatedly on and off the track including collisions at Baku, Hungaroring and, most seriously, at Spa in 2017.

The situation got to the point where the team had to order them to refrain from racing one another, but the close battles continued.

While the relationship between the two drivers deteriorated on track, things were much worse for the team away from the circuit.

Force India owner Vijay Mallya had run into financial issues, and as such, it was unclear whether the squad would make it to the end of the year. Perez was to play a pivotal role in saving the team, but on track the difficulties were showing and he consistently finished outside the points.

Perez still managed to claim a podium at Baku, but by the summer break it was clear that the team's issues were becoming untenable, and their driver activated a sponsor clause in his contract to trigger administration. That process ultimately led to a buyout by Canadian retail billionaire Lawrence Stroll, with the team rebranded as Racing Point from the Belgian Grand Prix.

Despite the resolution of the off-track problems, the issues between the drivers remained tense, and Perez was to blame when the two clashed at the Singapore Grand Prix.

Going into 2019 as Racing Point, Ocon was replaced by Lance Stroll. While Perez got the better of his new teammate over the course of the season, the car's lack of pace meant he finished 10th overall in the championship.

However, Stroll senior had big plans for the team. As a result, Perez signed a contract extension that would keep him with the team through 2022.

The 2020 Racing Point car was the subject of much controversy, being dubbed the 'Pink Mercedes' due to its similarities to the 2019 championship-winning Mercedes car. That issue would rumble on into the season, and ultimately result in the team taking a points penalty. However, the car was undeniably fast, and Perez would go on to have his best-ever season in Formula 1.

Perez finished fourth in the Drivers' Championship and secured his first-ever F1 win at the Sakhir Grand Prix after a sensational drive from the back of the grid. Even a bout of coronavirus, which kept him out of the double-header at Silverstone, wasn't enough to knock the year off course.

Despite the strong performances on track, which saw Perez score more than double Stroll's point's tally through the season, Perez was told he would not have his contract renewed, with Sebastian Vettel brought in as his replacement.

There were rumours that Perez could replace George Russell at Williams should the young Briton step up to take Valtteri Bottas' seat at Mercedes, but that never materialised, and he ultimately signed a one-year deal with Red Bull to replace Alexander Albon.

Return to the front with Red Bull

There were several drivers rumoured to be in the running for the second Red Bull seat alongside Max Verstappen in 2021, including Hulkenberg, who had stood in for Perez when he was out the year before.

However, the opportunity ultimately went to Perez, the reward for an exceptional showing in 2020 and years of persistence which the team believed made him the ideal candidate to support Verstappen in his title bid.

With Perez one of several drivers to switch teams for 2021, all of those who had moved initially seemed to struggle in their new environments. Perez, though, still managed to finish either fifth or fourth at several of the opening races of the year.

At the 2021 Azerbaijan Grand Prix in Baku, Perez took his first victory as a Red Bull driver.

Whilst this proved to be his only win of the year, the Mexican racked up several podium finishes, particularly in the latter half of the season. This included a third place at his home race.

Perez also played a key role in supporting Verstappen's attempt to win the championship, often putting in some defensive driving to prevent the likes of Lewis Hamilton from catching his teammate.

The end of the season brought two DNFs for Perez, but he still managed to secure P4 in the World Championship, though Red Bull missed out on victory in the Constructors' to Mercedes.

Aims of fighting for a World Championship

After what he labelled an "intense" first season with Red Bull, Perez will go into his second term with the team in 2022.

The Mexican is enjoying working with the Milton Keynes-based squad, and hopes that he can fight for the World Championship with them in the upcoming year.