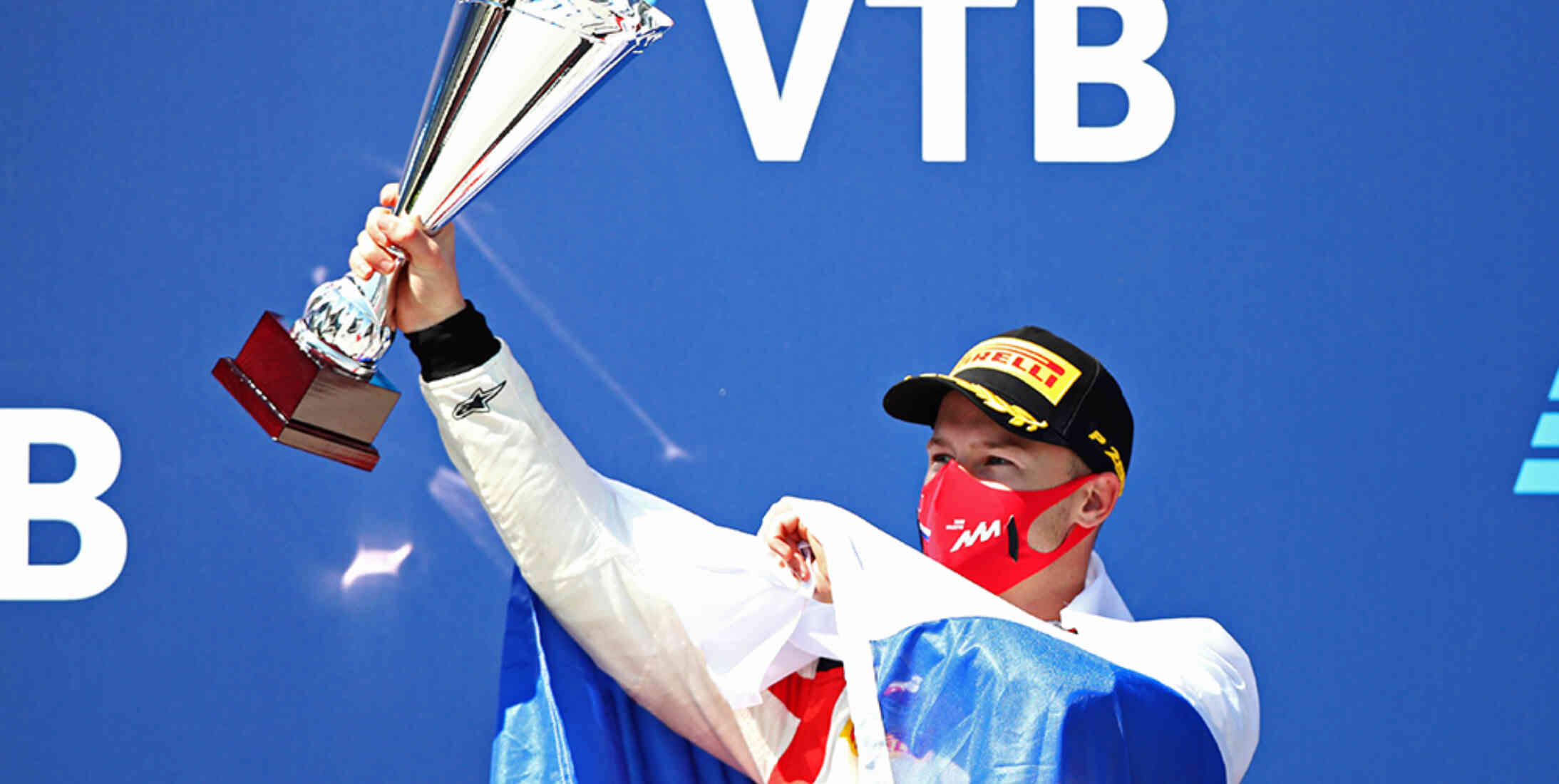 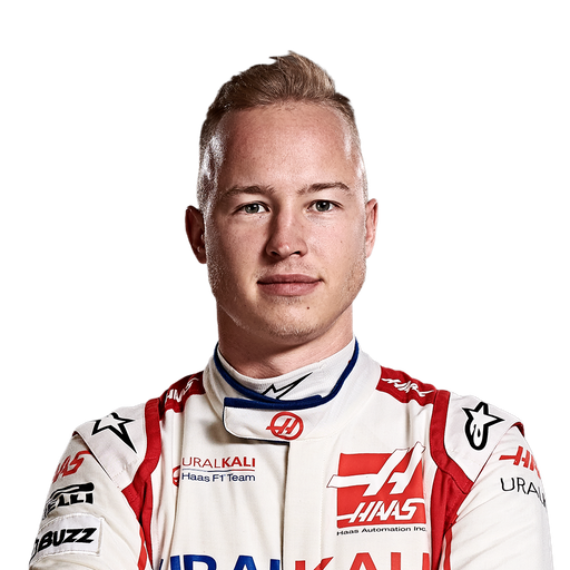 After a difficult debut F1 season in 2021, Nikita Mazepin was hoping to make progress in what would have been his second year with Haas alongside Mick Schumacher in 2022. However, Russia's invasion of Ukraine and the subsequent sanctions on Russian individuals and institutions saw Mazepin removed from the team before the second pre-season test in Bahrain, with Kevin Magnussen taking his place.

The fourth Russian to compete in F1 after Vitaly Petrov, Sergey Sirotkin and Daniil Kvyat, Nikita Mazepin's arrival on the grid is not only down to the money he brings along with him.

After an uninspired first season in Formula 2 in 2019, Mazepin followed it up with an impressive second campaign. With six podium finishes and two victories, the youngster finished fifth in the standings.

That was enough for Haas, who signed him to partner Mick Schumacher for the 2021 F1 season. Here's everything you need to know about Nikita Mazepin.

Mazepin started his karting career in 2011 and quickly made his way up the ranks, reaching the CIK-FIA Karting European Championship in the KF3 class in just his second year. He finished fourth in the KFJ category of the WSK Super Master Series in 2013, and followed that up with a second-place finish behind Lando Norris in the Karting World Championship the next year.

Mazepin moved up to the FIA Formula 3 European Championship for Hitech Grand Prix in 2016, scoring points in four races and finishing 20th in the championship. However, he ran into some controversy after being blocked by Callum Ilott during a session. The move didn't sit well with Mazepin, who was banned from the first race at the Hungaroring after hitting Ilott in the face.

Mazepin was retained by Hitech for the following season, showing significant improvement by finishing on the podium three times and scoring 108 points. As a result, he moved to GP3 in 2018, racing for ART Grand Prix alongside Ilott, Jake Hughes and Anthoine Hubert. Although Mazepin finished the campaign with the most wins, having been victorious four times, he was 16 points behind Hubert in the fight for the title, though his efforts helped ART Grand Prix to take the teams' championship.

Another step up followed in 2019 as Mazepin, still with ART Grand Prix, partnered Nyck de Vries in Formula 2. There was drama during the Sprint Race on Mazepin's home soil at the Sochi Autodrom, when he caused a serious accident with Nobuharu Matsushita. While de Vries ended up winning the championship, Mazepin had to settle for an 18th place finish in the standings with just 11 points.

A change of teams followed for the 2020 season as Mazepin moved to Hitech Grand Prix to partner Luca Ghiotto. He took his first podium by finishing second at the Hungaroring, and improved on that by claiming a debut victory at Silverstone. He added a second victory by taking the chequered flag in the Feature Race at Mugello.

Mazepin ended the season fifth in the standings, 51 points back on champion and future teammate Schumacher.

Mazepin's first F1 outing came in 2016 when he was named as a test driver for Force India, making his in-car debut at Silverstone. He held onto that role for the next two seasons, completing 100 laps at the Hungaroring over the course of two test sessions in 2017 and 2018. He even took part in a test for Mercedes at Barcelona in 2019, topping the timesheet.

After a strong showing in Formula 2 in 2020, Mazepin signed to race for Haas alongside Schumacher. Mazepin raced under a neutral flag in 2021 after the Court of Arbitration for Sport upheld a World Anti-Doping Agency ban on Russians competing at World Championships.

Mazepin's debut season in Formula 1 proved to be a challenging one. With Haas having opted not to develop their 2021 car in order to focus on the new regulations coming into the sport in 2022, Mazepin and Schumacher often found themselves running at the back of the field.

There was controversy for Mazepin at the opening event of the year in Bahrain when he was accused of ignoring a 'gentleman's agreement' in qualifying, potentially compromising the laps of other drivers in the process. He went on to crash out of the race itself.

At the Emilia Romagna Grand Prix, Mazepin came under fire from Alfa Romeo's Antonio Giovinazzi due to another qualifying incident, and his first penalty point arrived in Portugal, with the Russian driver punished for blocking Sergio Perez through five blue flags during the race.

There was a more positive result in Monaco, where Mazepin finished ahead of teammate Schumacher for the first time. The pair were involved in a controversial incident at the next event in Azerbaijan, though, when Mazepin appeared to make a very late high-speed move on Schumacher during the final lap of the race, causing the two to nearly collide.

Schumacher was left furious, shouting over the radio: "Is he trying to kill us or something?" Despite the clash, Mazepin recorded his best finish of the year by ending the race in 14th.

There were further run-ins between the Haas drivers throughout the rest of the season, though Mazepin took the blame for their collision at the Italian Grand Prix.

Meanwhile, at the Saudi Arabian Grand Prix, it was Lewis Hamilton apologising to Mazepin for blocking him during the third practice session of the weekend.

Mazepin was forced to miss the season finale in Abu Dhabi after testing positive for COVID-19. He ended the year at the bottom of the World Championship standings, with no points to his name.

Mazepin was set to enter into his second season in Formula 1 in 2022, with Haas to field an unchanged driver line-up. Team boss Guenther Steiner had spoken of his hope that the outfit can make their way back up to the midfield.

However, Haas' pre-season preparations were thrown into disarray by Russia's invasion of Ukraine in February, with the resultant global sanctions on Russian individuals and entities seeing Haas drop Mazepin and title sponsor Uralkali, owned by Mazepin's father Dmitry.

The younger Mazepin later voiced his displeasure at how the situation had been handled, claiming that he learned he had been dropped by reading about it in the media.

The Russian also announced plans to set up a foundation to support athletes who are prevented from competing by the imposition of sanctions and restrictions.

As yet, Mazepin's future competition plans remain uncertain, but the longer Russia's incursion into Ukraine continues, the more likely it is that Mazepin's F1 career is over.