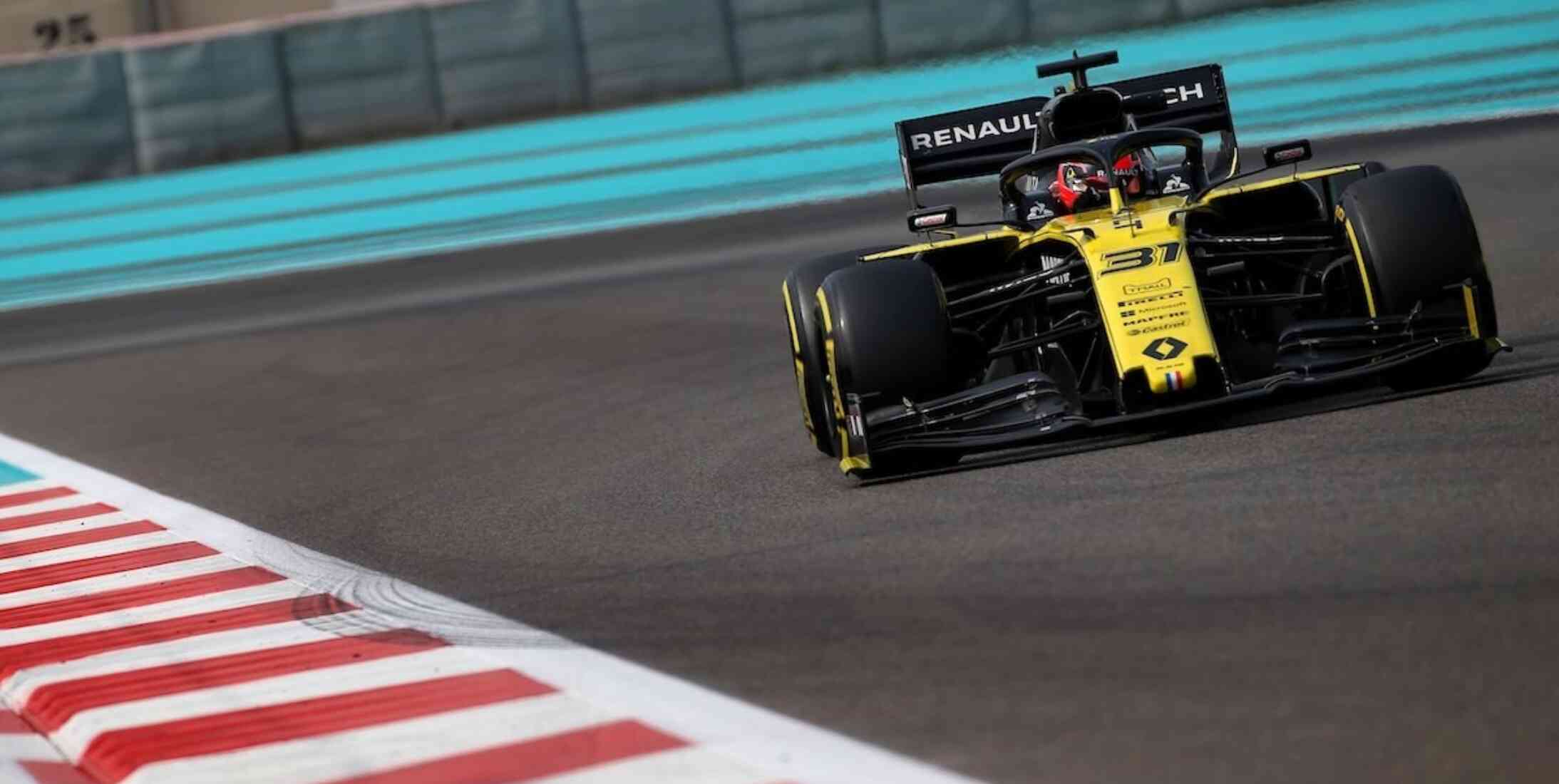 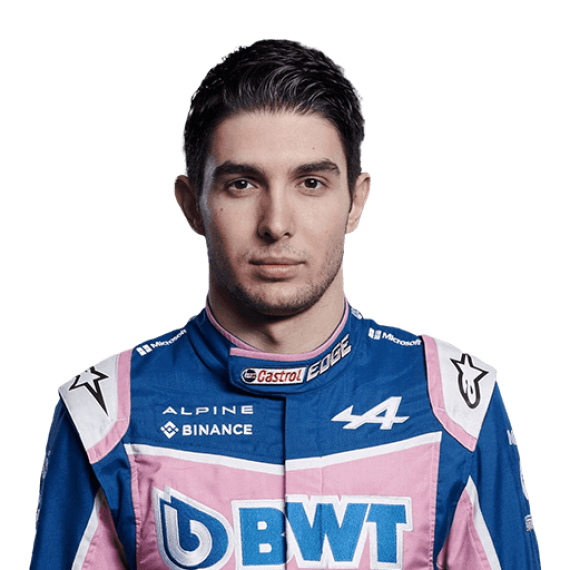 After becoming a first-time F1 Grand Prix winner in 2021 following his victory in Hungary, Esteban Ocon will again race with the Alpine team in 2023 alongside Pierre Gasly.

Esteban Ocon has never shied away from a challenge since making his F1 debut with Manor back in 2016.

Even when he was a promising karter, his family sold their house and put their jobs on hold to help his career. They even lived in a caravan and travelled from circuit to circuit.

That perseverance is reflected in Ocon's Formula 1 career, as the Frenchman has battled to keep his place on the grid. Here is everything you need to know about Esteban Ocon.

Ocon began karting in 2006, finishing eighth in the French Minime Championship and then winning the series the following year. Success continued as he took the French Cadet Championship in 2008, along with the French KF3 title in 2011, marking his final season before making the step up to cars.

Ocon made his single-seater debut in Eurocup Formula Renault 2.0 in 2012, finishing third the following season. Ocon won the FIA European Formula 3 Championship for Prema in 2014, and then the GP3 Series with ART Grand Prix the following year.

As well as being a reserve driver for Renault in 2016, Ocon took part in the first 10 races of the 2016 DTM season for Mercedes-Benz. He was eventually replaced by Felix Rosenqvist after joining Manor in Formula 1.

Start of F1 career with Mercedes and Manor

Ocon's first experience with an F1 car came in October 2014, when he took part in a two-day test for Lotus. His performance resulted in the team giving him a Grand Prix weekend debut with a run in the first practice session for the Abu Dhabi Grand Prix a month later.

Prior to winning the GP3 title, it was announced that Ocon had become a Mercedes Junior Driver, while in February 2016 he became the reserve driver for Renault.

Having taken part in four Friday practice sessions for the team, Ocon joined Manor Racing after they dropped Rio Haryanto due to his sponsors failing to meet their contractual obligations.

The Frenchman drove alongside Pascal Wehrlein for the remainder of the season, making his debut at the Belgian Grand Prix and finishing 16th. His best result came in Brazil, when he finished 12th after falling out of the points on the final lap.

Ocon signed for Force India in November 2016, partnering Sergio Perez for the 2017 F1 season. It didn't take long for Ocon to score his first points for the team, finishing 10th in Australia. He added another two 10th-place finishes at the following couple of races, before improving to seventh in Russia and fifth in Spain.

That particular streak ended in Monaco, but Ocon started a new one that saw him score points at 12 consecutive races. However, his performances were somewhat overshadowed by his growing rivalry with teammate Perez, as the two were often involved in incidents on-track.

At the Canadian Grand Prix, Perez ignored Racing Point team orders to let Ocon past in an attempt to challenge Daniel Ricciardo for third spot. As a result, Perez and Ocon eventually finished fifth and sixth respectively.

Things went to another level at the Azerbaijan Grand Prix as the two drivers collided, with Perez retiring from the race and Ocon suffering a puncture. Ocon was able to continue and finished sixth.

The two once again came together at the Belgian Grand Prix as Ocon was squeezed into the wall leading up to Eau Rouge. Just like in Azerbaijan, Perez retired while the Frenchman continued to finish ninth. This prompted team owner Vijay Mallya to come out and state that team orders would be enforced.

Ocon started the Italian Grand Prix from third place, his highest grid position to date, after both Red Bull drivers were handed penalties. He eventually finished sixth, while he came home fifth in Mexico despite spending much of the race in third. Ocon's streak of 27 consecutive finishes ended at the Brazilian Grand Prix after colliding with Romain Grosjean on the first lap of the race.

In the end, Ocon finished his first full F1 season eighth in the Drivers' Championship on 87 points.

Drama on and off the track

Force India continued with the same driver pairing for the 2018 F1 season, with Ocon scoring his first points after finishing 10th in Bahrain. It would be his only points finish in the first five races.

While the Frenchman managed to finish in the top 10 at the three races before the summer break, Force India's future was thrown into doubt after the Hungarian Grand Prix as they faced liquidation by HM Revenue and Customs.

The team was saved, however, as a group of creditors, including Perez, took legal action and put them into administration, thus saving the outfit from collapse along with the jobs of their employees.

The team were purchased by a consortium led by Lawrence Stroll, father of the then Williams driver Lance Stroll. Now going by the name Racing Point Force India, Ocon started third in Belgium and finished the race sixth.

However, the rivalry between Perez and Ocon reappeared in Singapore, as the two collided on the first lap, sending the Frenchman crashing into the wall and out of the race. The team banned the two from racing one another after what they considered an "unacceptable" collision.

After both cars were disqualified from the United States Grand Prix for exceeding fuel flow limits, Ocon was involved in more controversy in Brazil. He collided with race leader Max Verstappen as he attempted to unlap himself. The Dutchman eventually finished second, while Ocon was handed a 10-second penalty for his role in the incident.

Verstappen went on to approach Ocon in person after the race and was seen to push him, resulting in the Red Bull driver being summoned by the FIA and ordered to take part in two days of public service for making physical contact with Ocon.

Ocon failed to finish the final race of the season, ending the campaign in 12th position with 49 points.

With Racing Point bringing in Stroll to partner Perez for the 2019 F1 season, Ocon joined Mercedes and became their reserve driver.

Ocon didn't take part in any Grand Prix weekends during the year and, although Mercedes didn't offer him a full-time seat for the following season, the Frechman made his return to the grid in 2020 with Renault.

Ocon signed a two-year contract with Renault and joined them for the 2020 F1 season, taking Nico Hulkenberg's seat alongside Daniel Ricciardo.

Ocon finished eighth on his debut in Austria, but he was forced to retire from the Styrian Grand Prix with cooling issues, despite qualifying fifth and running in seventh.

At the Belgian Grand Prix, Ocon secured his best finish since 2017 after coming home in fifth spot behind teammate Ricciardo. He qualified seventh for the Turkish Grand Prix and found himself third by the first corner, but disaster struck as he spun after colliding with Ricciardo. That sent Ocon to the back before being spun around by Valtteri Bottas. In the end, he had to settle for an 11th-place finish.

Although Ocon qualified 11th for the Sakhir Grand Prix, he found himself in fifth by Lap 54 of 87. The Frenchman moved up to third during the Virtual Safety Car period and, while he was overtaken by Perez, pit-stop issues for both Mercedes cars opened the door for Ocon to finish second and claim his first F1 podium, and Renault's best result since 2010.

Ocon finished the season 12th in the Drivers' Championship with 62 points. He remained with the team for the 2021 season, with Renault rebranded as Alpine, while Ricciardo left for McLaren. He was replaced by two-time World Champion Fernando Alonso.

First victory in F1 with Alpine

Ocon's 2021 campaign got off to a rocky start at the Bahrain Grand Prix, where he qualified down in 16th and was then hit in the rear by Sebastian Vettel during the latter stages of the race. Vettel later apologised for the incident.

The Frenchman scored his first points of the season at the following race in Imola, and went on a streak of consecutive points finishes for the next few rounds.

In the middle of June, it was announced that Ocon had signed a new multi-year contract with Alpine, which would see him stay with the outfit until 2024. However, he coincidentally suffered a dip in form after this, failing to score any points during the triple-header spanning France, Styria and Austria.

Ocon's fortunes changed dramatically at the Hungarian Grand Prix, though. After a chaotic opening lap saw several cars ahead either eliminated or left with damage due to a first-corner incident, Ocon was able to surge through from eighth on the grid to go up to second.

He then took the lead of the race when Lewis Hamilton pitted for dry tyres one lap later than the rest of the field. The Alpine driver was able to stay at the front for the rest of the event, despite some pressure from Vettel behind in second, and subsequently claimed his first victory in Formula 1.

Ocon later thanked the team for sticking by him, as well as praising teammate Alonso for his defensive driving, which helped to keep the chasing Hamilton from catching Ocon in the lead.

Whilst he was unable to match this result again in the remainder of the season, Ocon still managed to score points at all but three of the last 11 races.

He finished the year in 11th place in the World Championship standings with 74 points to his name, narrowly beaten by Alonso in 10th with 81 points. Alpine also secured fifth in the Constructors' Championship.

Ocon struggled to repeat the winning feat with Alpine or achieve a podium when they went into the 'new era' set of regulations in 2022.

His relationship with Alonso would also be tested as the pair clashed on track numerous times.

This came to a head in Brazil when they made contact during the Sprint race and shattered both their chances of starting well in the Grand Prix.

Despite the clash they still managed to secured fourth in the Constructors' Championship for Alpine.

What can Ocon and Alpine achieve in 2023?

In 2023, Ocon will go into his sixth full season as an F1 driver, and his fourth with the Alpine outfit.

He will be paired with fellow Frenchman Pierre Gasly, whom he had a rivalry with during his years in go-karts.

Gasly insists that both have moved on from their feud, saying that they are both "more mature now" compared to then. But given Ocon's previous history between Perez and Alonso, will that be one of the main storylines in 2023?