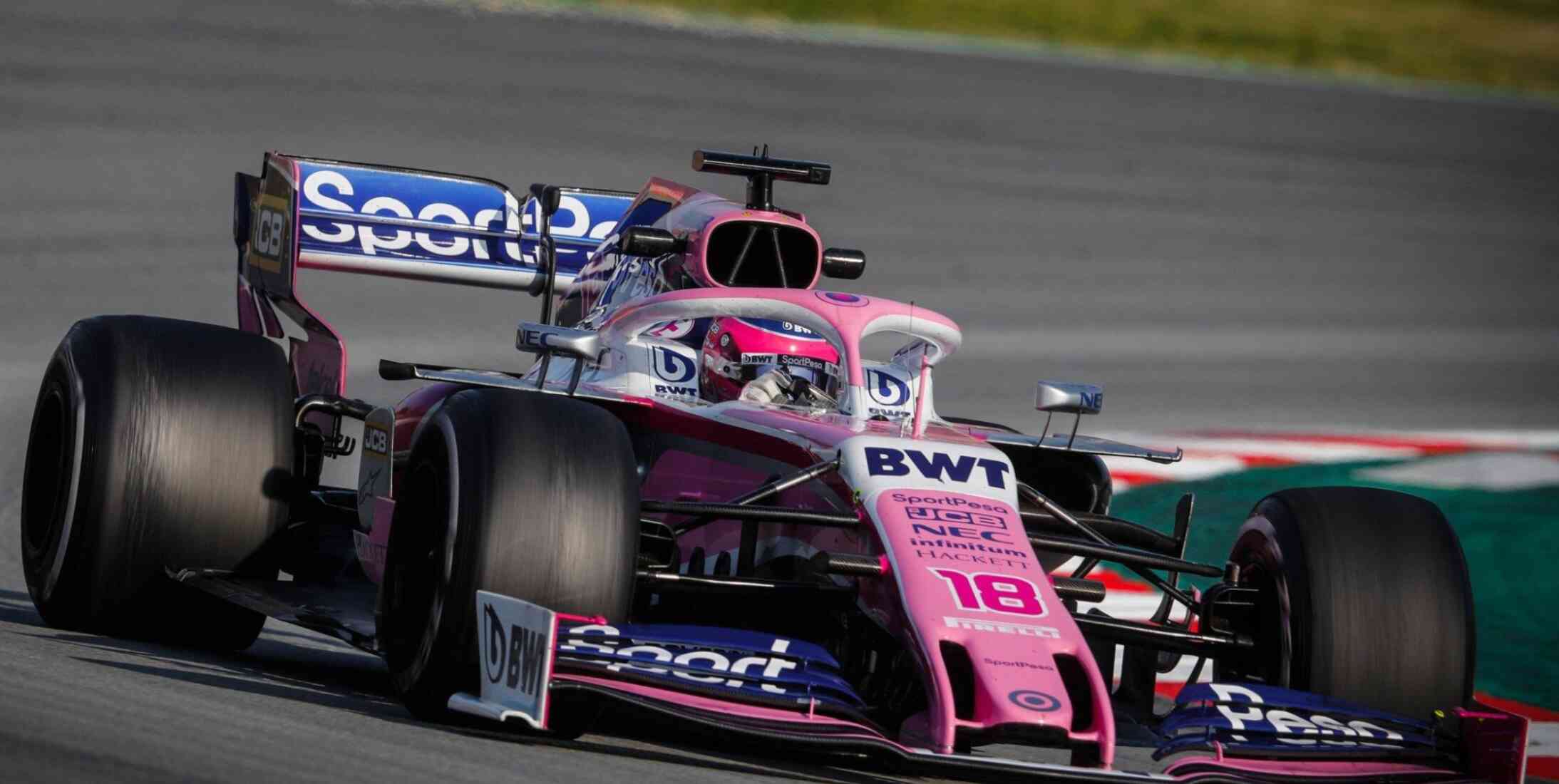 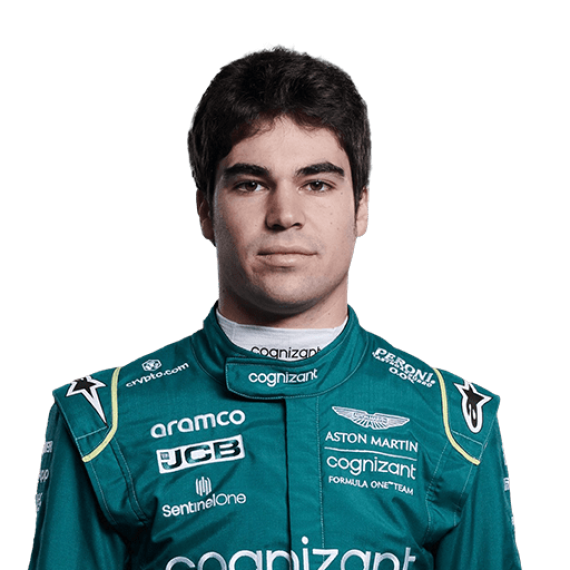 Lance Stroll heads into his sixth season in Formula 1 in 2022. It will also be the Canadian's fourth year with the Aston Martin outfit, having previously joined them in their Racing Point days.

The son of billionaire Canadian businessman Lawrence Stroll and Belgian fashion design Claire-Anne Callens, Lance Stroll started his motorsport career like many by making his mark in karting.

After taking home numerous honours in Canada and North America, the youngster was seemingly always destined to find his way to the F1 grid.

Now with Aston Martin, Stroll continues to look to establish himself as one of the young drivers to look out for in the sport. Here's everything you need to know about Lance Stroll.

Stroll began karting at the age of 10, claiming honours in Canada and North America including the Federation de Sport Automobile du Quebec Rookie of the Year award in 2008.

He joined the Ferrari Driver Academy in 2010, making his car racing debut in the 2014 Florida Winter Series, a non-championship category organised by the programme. Competing against the likes of Nicholas Latifi and Max Verstappen, Stroll finished on the podium twice and took pole at the Homestead-Miami Speedway.

Stroll's competitive single-seater debut came in the 2014 Italian F4 Championship for Prema. The Canadian took the title with seven wins and 13 podium finishes, despite missing the final race of the season due to injury.

After winning the New Zealand-based Toyota Racing Series, Stroll contested the FIA Formula 3 European Championship with Prema, in which his father had taken a stake.

Racing with names such as Antonio Giovinazzi, Charles Leclerc, George Russell and Alexander Albon, Stroll finished on the podium six times from 33 races. He ended the year fifth in the championship.

In November 2015, it was announced that Stroll would leave the Ferrari Driver Academy in order to serve as the test driver for Williams. Following a fifth-place finish at the 24 Hours of Daytona, Stroll took part in his second Formula 3 season in 2016. Driving for Prema once again, he took 13 victories, including five in a row to end the season, and claimed the title by 187 points over Maximilian Gunther.

Move to F1 with Williams

Stroll made the move up to F1 for the 2017 season, driving for Williams alongside Felipe Massa and becoming the first Canadian in the sport since 1997 World Champion Jacques Villeneuve.

After failing to reach the end of the opening three races, Stroll's first finish came at the Russian Grand Prix. Despite spinning on the opening lap of the event, he managed to come home in 11th spot. His first points were achieved on home soil, as he finished the Canadian Grand Prix in ninth.

Stroll improved on that at the following race in Azerbaijan, becoming the youngest rookie and second youngest driver after Verstappen to finish on an F1 podium at the age of 18 years and 239 days. He just missed out on second as well, as Valtteri Bottas passed him on the start-finish straight and took the position by just 0.105 seconds.

The youngster set more records at the Italian Grand Prix, qualifying fourth in a wet session. However, penalties for Red Bull duo Daniel Ricciardo and Verstappen saw Stroll promoted to second on the grid, making him the youngest Formula 1 driver to start on the front row at 18 years and 310 days. He finished the race in seventh.

Stroll's final points of the year came in Mexico with a sixth-place finish, as he ended the season 12th in the overall standings with 40 points, three back on teammate Massa.

Partnered by Sergey Sirotkin for the 2018 season, there were few bright spots for the team and the Canadian.

Williams managed just seven points over the course of the campaign, finishing last in the Constructors' standings. Their best finish came via Stroll's eighth position in Azerbaijan, while the only other points were taken in Italy, where Stroll finished ninth and Sirotkin picked up his sole point of the season in 10th.

Although the FW41 languished behind the rest of the field, it proved to be a reliable car as Stroll only retired from two races. However, unlike the previous season, he failed to finish in the points at his home Grand Prix in Canada due to a crash with Brendon Hartley.

Stroll left Williams and joined the newly-renamed Racing Point team for 2019 after a consortium led by his father, Lawrence Stroll, purchased the outfit in the latter stages of the 2018 season.

It didn't take long for the Canadian to score points for his new squad, finishing the season-opening Australian Grand Prix in ninth spot. Stroll finished outside of the points at the following two races in Bahrain and China, the latter of which saw him criticise his team for their strategy.

A second points-scoring finish came in Azerbaijan, but Stroll followed that up with a DNF in Spain after colliding with McLaren's Lando Norris. He secured more points at his home race in Canada, finishing ninth after starting all the way down in 17th.

Stroll qualified 15th at the German Grand Prix, ending a run of 14 events in which he had failed to make it out of Q1. He almost managed to make his way onto the podium while running with slick tyres on a drying track late in the race, but ultimately had to settle for fourth.

After finishing 10th in Belgium, Stroll's final points-scoring result came in Japan where he finished ninth. In the end, he finished 15th in the Drivers' standings with 21 points, well behind teammate Sergio Perez and his 52 points. Stroll was also outqualified 18-3 over the course of the 21 races that season.

Racing Point kept hold of Stroll and Perez for the 2020 season. After failing to finish the season-opener in Austria due to engine problems, Stroll recorded a seventh-place finish at the Styrian Grand Prix.

It started a run of seven consecutive finishes inside the points for Stroll, culminating in his second career podium at the Italian Grand Prix and matching his previous best result of third. He almost followed that up with another podium finish at the Tuscan Grand Prix, but a failure caused him to crash out at high speed.

Stroll failed to finish in Russia after Leclerc made contact with him and sent him into the wall, and he didn't take part in the Eifel Grand Prix due to illness. Shortly afterwards, Stroll tested positive for COVID-19, though he returned for the following race in Portugal. He failed to finish once again, this time colliding with Norris.

Despite tricky weather conditions, Stroll took his first career pole at the Turkish Grand Prix, becoming the first Canadian F1 driver to do so since Villeneuve back at the 1997 European Grand Prix. Although Stroll led for 32 of the 58 laps, damage to his front wing resulted in severe tyre graining, and he fell to ninth by the end of the race.

Stroll added a second podium of the season with a third place finish at the Sakhir Grand Prix, and ended the year 11th in the World Championship standings with 75 points.

While Sebastian Vettel was brought in to replace Perez for the 2021 F1 season, Stroll remained with the team under their new Aston Martin name.

Stroll's team owner father, Lawrence, explained how he has never considered trying to find a seat for Lance at another team.

It was clear from the early stages of the 2021 campaign that the team were not as competitive as they had been in the previous year, and there were mixed fortunes for Stroll.

The Canadian scored points at three out of the five first races of the season, before retiring in dramatic style from the Azerbaijan Grand Prix when he suffered a tyre failure at high speed. Title contender Max Verstappen was hit by a similar issue later in the race.

After earning some more points in the races that followed, there was another DNF for Stroll at the Hungarian Grand Prix. The Aston Martin driver caused a collision that put himself and Ferrari's Charles Leclerc out of the event on the opening lap, and Stroll was handed a five-place grid penalty for the incident.

At the Italian Grand Prix, Stroll secured his highest finish of the season so far with a P7, but there was drama at the next race in Russia, where Stroll unintentionally squeezed teammate Vettel into a wall before then making contact with Pierre Gasly in the AlphaTauri. This earned the man from Canada a 10-second time penalty, though this ultimately did not affect his final position of P11.

Stroll eventually recorded his best result of the year at the Qatar Grand Prix with a sixth place, and he ended the season in P13 in the World Championship with 34 points, one spot behind Vettel in 12th.

In 2022, Stroll will enter into his sixth season as a Formula 1 driver, and his fourth with the Aston Martin outfit.

It was confirmed during 2021 that the team would field an unchanged line-up for another year, with both Stroll and Vettel continuing with the squad.

With a wave of new regulations being introduced into the sport, it remains to be seen where Stroll and Aston Martin will place in the pecking order.