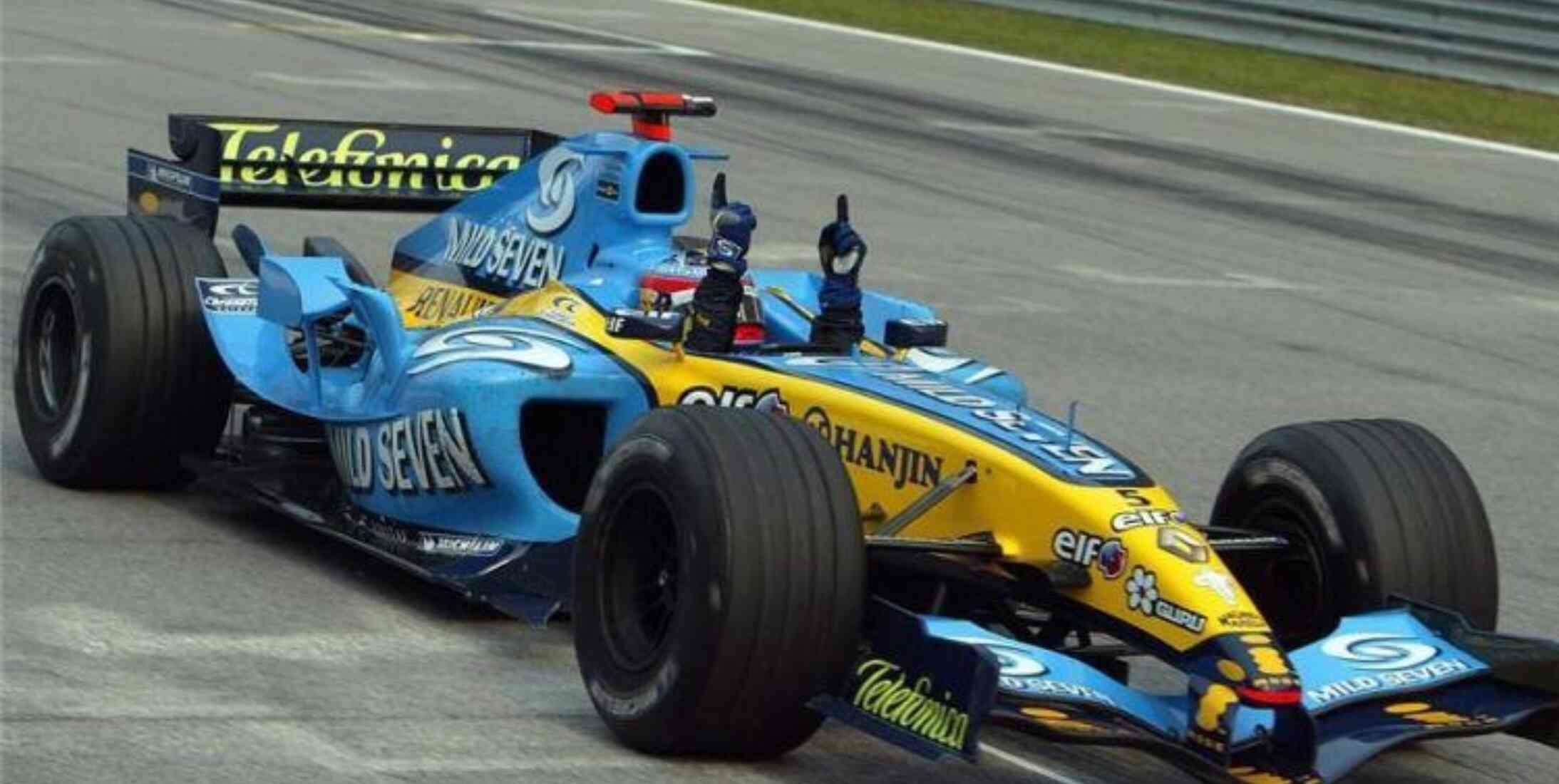 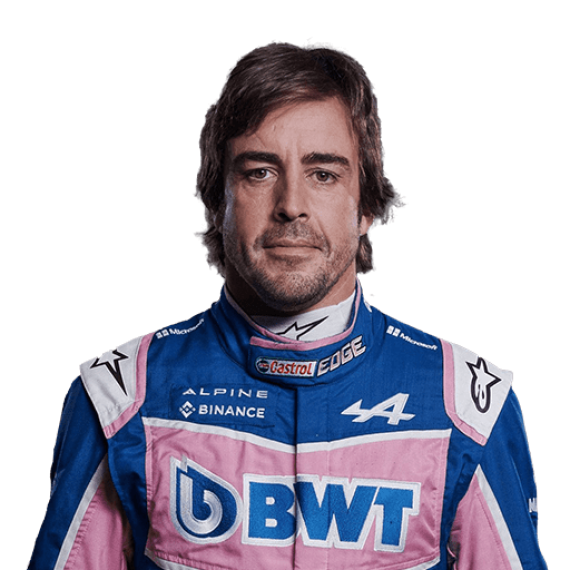 After two years out of the sport, Fernando Alonso made a competitive comeback to Formula 1 with the Alpine outfit in 2021. The two-time World Champion will be hoping to continue the momentum going into the 2022 season.

A two-time F1 World Champion, Fernando Alonso has been a key figure in the sport for close to two decades since making his debut for Minardi back in 2001.

Born to a working class family in Oviedo, the Spaniard began karting at the age of three and didn't look back from there, achieving success at a local, national and global level.

How did Alonso go from karting success to Formula 1 glory? Here is everything you need to know about the life of Fernando Alonso.

Alonso's father, Jose Luis Alonso, was an amateur kart driver and wanted a hobby to share with his children. While Fernando's older sister, Lorena, didn't latch on to the activity, the kart was given to her then three-year old brother.

The Alonso family put all their efforts into the youngster's karting career and, given the financial costs associated with the venture, Alonso was helped by mentor Genis Marco and his ability to put together personal and sponsorship money.

Victories in the children's junior championship gave way to three successive Spanish Junior National Championships from 1993 to 1995. From there Alonso progressed to wins in the Italian and Spanish International A championships, along with second in the European Championship.

Alonso made his car racing debut at the 1999 Euro Open by Nissan with Campos Motorsport at the age of 17.

He won the title at the final race of the season after claiming six wins and nine pole positions, making the jump to the International Formula 3000 Championship with the Minardi-backed Team Astromega.

Minardi Sports Director Cesare Fiorio gave Alonso his first run in an F1 car at Jerez as part of Euro Open by Nissan's agreement to help their champion test at a higher level. From there, Alonso was named test and reserve driver in 2000 before securing a race seat for 2001.

After ending the season with no points and a best result of 10th place, but still impressing in back-of-the-grid machinery, Alonso joined Renault as a test driver in 2002, before becoming Jarno Trulli's teammate for 2003.

At just his second race, Alonso became the youngest driver to take a pole position at the Malaysian Grand Prix, and then broke Bruce McLaren's record as F1's youngest winner at the Hungarian Grand Prix later in the year. The Spaniard ended the season sixth in the standings with 55 points.

The 2004 season saw Alonso continue to make a name for himself, finishing on the podium four times and taking pole at the French Grand Prix. However, it was 2005 when he really burst onto the scene, battling it out with McLaren's Kimi Raikkonen for the title after rules mandated that tyres should not be changed during a race and engines had to last for two Grands Prix.

Although the McLaren proved to be faster, it was also unreliable. Alonso thus took the title and eclipsed Emerson Fittipaldi as the then youngest champion thanks to seven victories, six poles and 14 podium finishes.

While Ferrari and Michael Schumacher were back on form in 2006, it was Alonso who won six of the opening nine races. However, after Renault's tuned mass damper was banned, Ferrari struck back and the two drivers were level on points heading into the penultimate round.

Schumacher's hopes of a title were ended when his engine expired while leading the Japanese Grand Prix, handing the race win to Alonso, who clinched the title in Brazil.

Move to McLaren and Renault return

Although the two were in contention for the F1 World Championship, they were involved in numerous incidents that soured their relationship. The most notable came at the Hungarian Grand Prix, where Hamilton disobeyed a team instruction which resulted in Alonso delaying Hamilton in the pit lane.

McLaren had their own issues with the Spygate controversy, but nevertheless both Alonso and Hamilton headed into the final race of the season with a chance to win the title.

However, it was Ferrari driver Raikkonen who came out on top by one point, while Alonso finished third in the standings. Although he had the same number of points as Hamilton, the British driver finished second more often.

The fractured relationship resulted in Alonso and McLaren terminating their deal and, despite offers from several teams, he rejoined Renault on a two-year contract.

After a slow start to the season, Alonso scored more points than any other driver in the final five races. He won in Singapore and Japan, though the former came in controversial fashion. Teammate Nelson Piquet Jr. crashed deliberately to trigger the deployment of the Safety Car in an event now known as Crashgate.

Despite offers from Red Bull and Honda for the 2009 season, Alonso signed a contract to stay with Renault. However, after a season that saw him finish ninth in the Drivers' Championship whilst the team were investigated for Crashgate, he left for Ferrari in 2010.

Alonso won on his debut for the team at the 2010 Bahrain Grand Prix. He secured four more victories, meaning that he entered the season-ending Abu Dhabi Grand Prix atop the standings by eight points, despite trailing by 47 at one stage. However, a strategic error by Ferrari in the race resulted in Alonso getting stuck behind Renault's Vitaly Petrov, and consequently he finished second in the standings to Sebastian Vettel.

There was no title challenge in 2011 as Ferrari lacked aerodynamic grip and struggled with the switch to Pirelli tyres. Alonso claimed 10 podium finishes, including a win at the British Grand Prix following a Red Bull strategy mistake, but it was only good enough for fourth in the standings.

After extending his contract with Ferrari, Alonso returned to form in 2012 and once again competed with Vettel for the title. Wins in Malaysia, Spain (Valencia) and Germany helped Alonso to build a 40-point advantage in the standings, but Vettel mounted a ferocious comeback to lead by 13 points heading into the final race of the season in Brazil. Alonso finished second, only for Vettel to cross the line sixth to once again deny him.

There was little Alonso could do to deny Vettel in 2013 as the German cruised to another title ahead of the Spaniard, while 2014 saw Mercedes emerge as the team to beat. Alonso failed to win a race but did finish on the podium twice. However, with Ferrari unable to deliver a championship-winning car, Alonso left for McLaren.

Alonso rejoined McLaren on a three-year contract with no opt-out clauses, but things didn't start off on the right foot. An accident during pre-season testing in February 2015 saw Alonso suffer a concussion, resulting in Kevin Magnussen replacing him at the season-opening Australian Grand Prix.

When Alonso returned, things didn't go to plan as McLaren's Honda engine was severely under-powered, and as a result the team struggled mightily. Alonso finished in the points on just two occasions, and he was vocal about his displeasure via the team radio.

A big crash with Esteban Gutierrez at the 2016 season-opener in Australia resulted in Alonso missing the following race in Bahrain for medical reasons. He outqualified teammate Jenson Button 15 times during the season, and finished in the points nine times to take 10th in the Drivers' Championship with 54 points.

There was no leap forward in 2017, with Alonso suffering from poor reliability in several of the early rounds. His best finish was a seventh in Hungary, leaving Alonso 15th in the World Championship.

Sabbatical and F1 return with Alpine

Alonso signed a new deal with McLaren, and the 2018 season started with a fifth-place finish in Australia following McLaren's switch from Honda to Renault power. However, it became apparent that he was no longer happy in Formula 1.

The Spaniard finished the season 11th in the standings and then announced his departure from the sport, citing a lack of on-track racing and competition. He remained a brand ambassador for McLaren, but his contract expired at the end of 2019 and was not renewed.

After a two-year sabbatical, Alonso returned to the F1 grid in 2021 after signing a two-year deal with the Alpine outfit, formerly known as Renault.

Alonso made his endurance racing debut at the 1999 24 Hours of Barcelona, finishing 10th in a Hyundai Accent. In 2018, he took part in the 24 Hours of Daytona, sharing the No.22 United Autosports Ligier JS P2 with Lando Norris and Philip Hanson, though they finished 38th.

He then took part in the full 2018/19 FIA World Endurance Championship alongside Sebastien Buemi and Kazuki Nakajima, wining the title in the end after claiming five victories, including the 24 Hours of Le Mans in both 2018 and 2019.

Alonso participated in the 2017 Indianapolis 500 for McLaren Honda Andretti, qualifying fifth and leading four times before retiring from seventh spot due an engine failure with 21 laps remaining. Although he tried to take part in the 2019 event as well, he ultimately failed to qualify.

Alonso's Formula 1 comeback did not get off to the best start when he had a cycling accident ahead of the season getting underway. He suffered a broken jaw, and was required to have two metal plates fitted as a result.

The Spaniard was back in action at the opening race in Bahrain, though, and looked to be on the pace when he qualified his Alpine in ninth on the grid, beating teammate Esteban Ocon who would line up in 16th.

Alonso's race ended in bizarre circumstances, though, when a sandwich wrapper lodged itself in the car's brake duct, forcing him to retire due to the effect on the brake temperatures.

There were some ups and downs during the following races as Alonso, like the other drivers racing for new teams in 2021, faced struggles in adapting to his new car.

But things started to look up from the Azerbaijan Grand Prix in June, where he finished in sixth, his best result by that part of the season.

There followed a consecutive run of points for Alonso in the next few events, including an impressive drive to fourth at the eventful Hungarian Grand Prix. The double World Champion proved he could be a team player by defending against the charging Lewis Hamilton in order to prevent the Mercedes driver from challenging Ocon up ahead for the win.

Hamilton called his battle with Alonso "amazing", but suggested it was "a little bit over on the limit". Meanwhile, Ocon took a surprise debut F1 victory and praised Alonso for his role in making it happen.

Later in the year, Ocon repaid the favour by putting in some defensive driving to help Alonso in securing a podium finish at the Qatar Grand Prix. The Spaniard finished third, his best result in Formula 1 since 2014.

Alonso ended his comeback campaign in tenth place in the World Championship with 81 points, beating Ocon in the process, who scored 74 points in P11. Alpine finished the season with fifth spot in the Constructors' Championship.

Another year with Alpine in 2022

Alonso will again race for Alpine in the 2022 F1 season, and the Spaniard has previously suggested that 2021 was a "preparation year" for the upcoming campaign, where a wave of new technical regulations will be introduced into the sport.

As for whether the veteran driver will continue beyond 2022, it sounds like there is a strong chance that this will happen. Alonso has said that he could stay for "at least two or three years more".

Age is clearly not a factor to him either, with the former champion admitting that he feels much younger than his years.