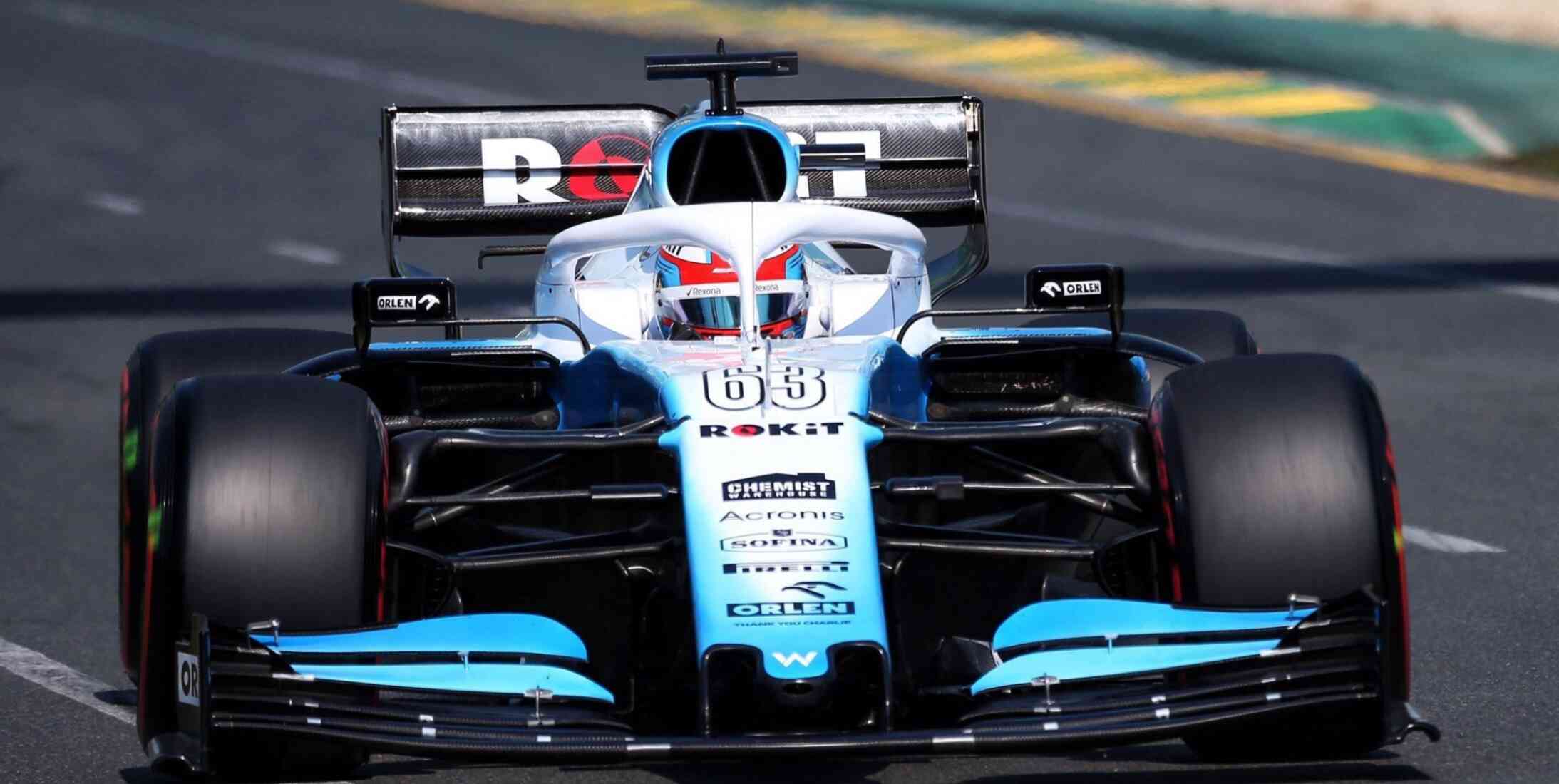 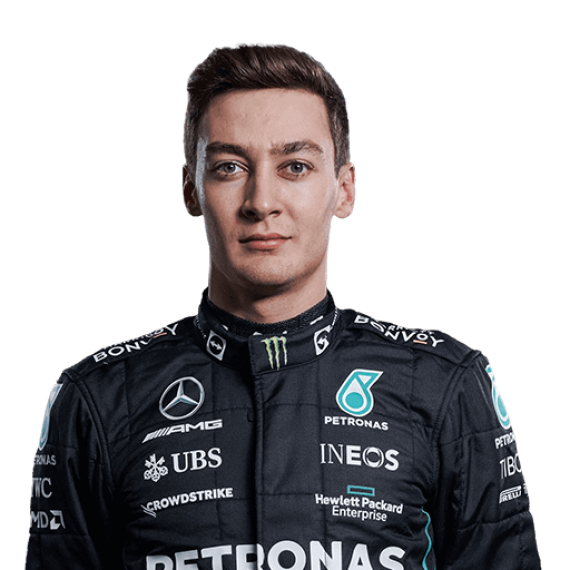 After three seasons with the Williams Formula 1 team, George Russell made the step up to race for Mercedes in 2022 alongside Lewis Hamilton. The Briton will remain with the Silver Arrows for the 2023 campaign.

George Russell has carved out a reputation as one of the most promising young Formula 1 drivers in recent years, having been given his chance in the sport after joining the Mercedes Young Driver Programme at the age of 18.

The man from King's Lynn made his debut in F1 with Williams, and managed to impress despite often racing near the back of the field. Russell secured a step up by joining Mercedes in 2022.

Here is everything you need to know about the life and career of George Russell.

It was at the age of eight that Russell started karting, progressing through to the cadet class by 2009, where he would then become MSA British Champion and British Open Champion.

In 2010, he added the Super One British Championship to his list of accolades, as well as the Formula Kart Stars British series. One year later, he graduated to the Junior Karting class, where he took the SKUSA Supernationals title and became the CIK-FIA European Junior Champion, in both 2012 and 2013.

In the same year, Russell competed in the BDRC Formula 4 Championship with defending champions Lanan Racing. He won the series by just three points from teammate Arjun Maini, after taking pole position and the win at the final race of the season.

One of the prizes for his victory was a chance to test a GP3 car, which he went on to do at the Yas Marina circuit in Abu Dhabi. In December 2014, Russell became the youngest ever recipient of the McLaren Autosport BDRC Award, beating his friend Alexander Albon in the process.

After just one year in Formula 4, Russell competed in the FIA Formula 3 European Championship for two seasons. He finished the 2016 campaign in third place, with two wins and several podiums under his belt.

2017 proved to be a promising year for Russell. The youngster was signed up to the Mercedes Young Driver Programme and competed in F1 support series GP3. Achieving four wins, seven podiums and four pole positions for the reputable ART Grand Prix squad enabled Russell to claim the championship with two races still to go.

This strong run of form resulted in Russell being given two Free Practice 1 outings in Formula 1 with the Force India team, with the first taking place at the Brazilian Grand Prix before the second at Abu Dhabi.

In January 2018, Russell was confirmed to drive for ART Grand Prix in the upcoming FIA Formula 2 Championship, as well as being a reserve driver for Mercedes in F1, sharing duties with Pascal Wehrlein. The King's Lynn native got off to a very strong start, qualifying on the front row on his debut in Bahrain before ending the race itself in fifth.

At the next race weekend in Baku, Russell claimed his maiden F2 win, storming through the field during the Sprint race to take the victory from 12th on the grid. He followed this up with a second victory of the season in Barcelona's Feature race, just edging out fellow rookie Nyck de Vries in the process.

After a poor showing in Monaco, he struck back in France with a maiden F2 pole and a commanding lights-to-flag race win to match. This was his third victory of the season, which put Russell back in control of the championship.

Russell eventually sealed the title with another win during the Feature race at Abu Dhabi, where he got the better of rival – and fellow Briton – Lando Norris.

His stellar performances in the junior ranks earned Russell a Formula 1 seat for the 2019 season, where he would be paired alongside Robert Kubica at Williams on a multi-year deal. The move to the Grove-based squad was facilitated in part by the team's partnership with engine provider Mercedes, given Russell's position as one of their junior drivers.

His first year with Williams would prove to be immensely challenging, as the squad had by far the slowest car on the grid in 2019. Nevertheless, Russell did show some good pace relative to his teammate and consistently outperformed Kubica, a former race winner, by 21 races to zero in qualifying.

Whilst his pace in qualifying was impressive, the race results were anything but, as Russell ended his debut Formula 1 season as the only driver without a point to his name. The best opportunity to score points came at the rain-affected German Grand Prix at Hockenheim, but the Briton missed out on 10th place finish – and therefore a point – after Kubica overtook him in the final laps.

The 2020 season saw George Russell step up in terms of the consistency of his performances during Sunday's races. For his second year in the sport, Russell would be paired alongside F1 rookie and former Formula 2 rival Nicholas Latifi, with the Canadian replacing Kubica at Williams.

Qualifying continued to be especially fruitful for the Briton. Having a more competitive car underneath him, the young driver regularly started to appear in Q2. At the Styrian Grand Prix in Austria – the second event of the year – Russell qualified in P12 following a wet Saturday session.

An early trip to the gravel ended any hopes of points during Sunday's race, but strong qualifying performances were a regular occurrence for Russell during 2020.

Race results were a different matter entirely, however. At the Belgian Grand Prix, Russell was unfortunately taken out of the race by a stray wheel from Antonio Giovinazzi's crashed Alfa Romeo.

In the next race at Mugello, the Williams man kept his nose clean in what was a very attritional afternoon. After running in the points for much of it, Russell slipped back to 11th following a poor restart after a red flag.

One of the biggest disappointments for him in 2020 came at Imola during the Emilia Romagna Grand Prix. Once again, Russell was running in the points, primed to score his first-ever F1 top 10 finish. But a bizarre incident, in which Russell lost control of his Williams behind the Safety Car and subsequently tagged the wall, meant that points evaded him once more.

Russell's bad fortune wouldn't end there either, as a late substitute appearance for World Champions Mercedes ended disastrously. When regular Silver Arrows driver Lewis Hamilton tested positive for COVID-19 on the eve of the Sakhir Grand Prix, Russell was drafted in to replace the seven-time World Champion.

Paired alongside Valtteri Bottas, the young F1 driver shone, missing out on pole position to his new teammate by less than a tenth. In the race itself, Russell got the better of Bottas at the start of the Grand Prix, assuming the lead after passing the Finn before the first corner.

However, Russell would suffer from poor luck once again, this time due to a pit-stop blunder. With 20 laps remaining, the Mercedes mechanics fitted Bottas' front tyres to Russell's car, leading him to have to re-pit on the next lap in order to correct the error.

This was compounded by Russell picking up a slow puncture just after, which forced him into yet another pit-stop. Russell came home in ninth place, finally registering his first World Championship points, but well aware that a first F1 win had been there for the taking.

The Briton would then return to Williams for the final race of the 2020 F1 season at Abu Dhabi, with Hamilton reassuming his seat at Mercedes. Russell wore a special helmet for the event in celebration of Frank and Claire Williams, who had both left the team – and F1 entirely – after the 2020 Italian Grand Prix. Russell qualified in 18th, ahead of only teammate Nicholas Latifi and Haas stand-in Pietro Fittipaldi, and ultimately finished the race in 15th position.

A chance to shine at Williams

For the 2021 season, Russell went into his third season with Williams, in spite of persistent rumours linking him with a Mercedes seat.

Ahead of racing getting underway, Russell was appointed as a director of the Grand Prix Drivers' Association, replacing IndyCar-bound Romain Grosjean for the new season.

There was early drama for Russell at only the second race of the season, the Emilia Romagna Grand Prix. The Briton collided with Valtteri Bottas after driving on a wet patch of track and losing control of his car whilst trying to overtake. This caused both cars to retire and also prompted a red flag, as well as a fiery response from Russell.

He accused Bottas of "trying to kill him" in the immediate aftermath but later retracted the comment, offering a public apology to his teams and fans via an Instagram post.

Despite the team still struggling to score points, Russell cemented his reputation as a 'Saturday man' during 2021 by again reaching Q2 on several occasions. A particular high point came at his home event at Silverstone, where he put his Williams into Q3, meaning that he lined up P8 on the grid for Saturday's Sprint race.

It was at the following race in Hungary though where Russell finally scored his first points for Williams by finishing eighth, leaving him visibly emotional afterwards.

After the summer break, Russell again put in an incredibly impressive performance in qualifying at the Belgian Grand Prix. His solid lap in the wet conditions put him P2 on the grid.

Unfortunately, the race on Sunday was delayed due to the torrential rain before running for only one full lap behind the Safety Car. Russell was classified in second, and as such was able to celebrate his first podium finish in F1.

In the following month, it was announced after months of speculation that Russell would replace Bottas at Mercedes in 2022.

Meanwhile, on track, the young driver scored points for Williams on two more occasions in 2021. The end of the year proved to be frustrating for Russell, though, with two DNFs in the final two Grands Prix.

Stepping up to Mercedes

After three years of running near the back of the field, Russell looked set to finally have the chance to compete further up the grid in 2022 when he partnered Lewis Hamilton at Mercedes.

However, the Silver Arrows caused a shock when they proved to be off the pace as the season got underway in Bahrain. Struggles with issues such as porpoising on the W13 car left Russell and Hamilton unable to match Red Bull and Ferrari.

Despite this, Russell claimed a surprise first podium for the team at the third race of the season in Australia, and managed to consecutively finish in the points for the first events of the campaign.

A frightening crash with Zhou Guanyu on the opening lap of the British Grand Prix resulted in Russell's only DNF of the year, but he went on to score several podiums before claiming an emotional debut victory in F1 at the penultimate race of the season in Brazil, leading Hamilton home in a 1-2 result.

Russell ended the campaign in fourth place in the World Championship standings.

Russell will enter into his second full season as a Mercedes driver in 2023, where he will again race alongside Lewis Hamilton.

The Briton has voiced his intention of having a "really strong" winter amid his hopes of being able to fight in the new season, adding that he feels "absolutely ready" to be a World Champion.

Mercedes gave fans a glimpse into their preparations for 2023 by sharing footage of Russell having a seat fitting at the team's factory.