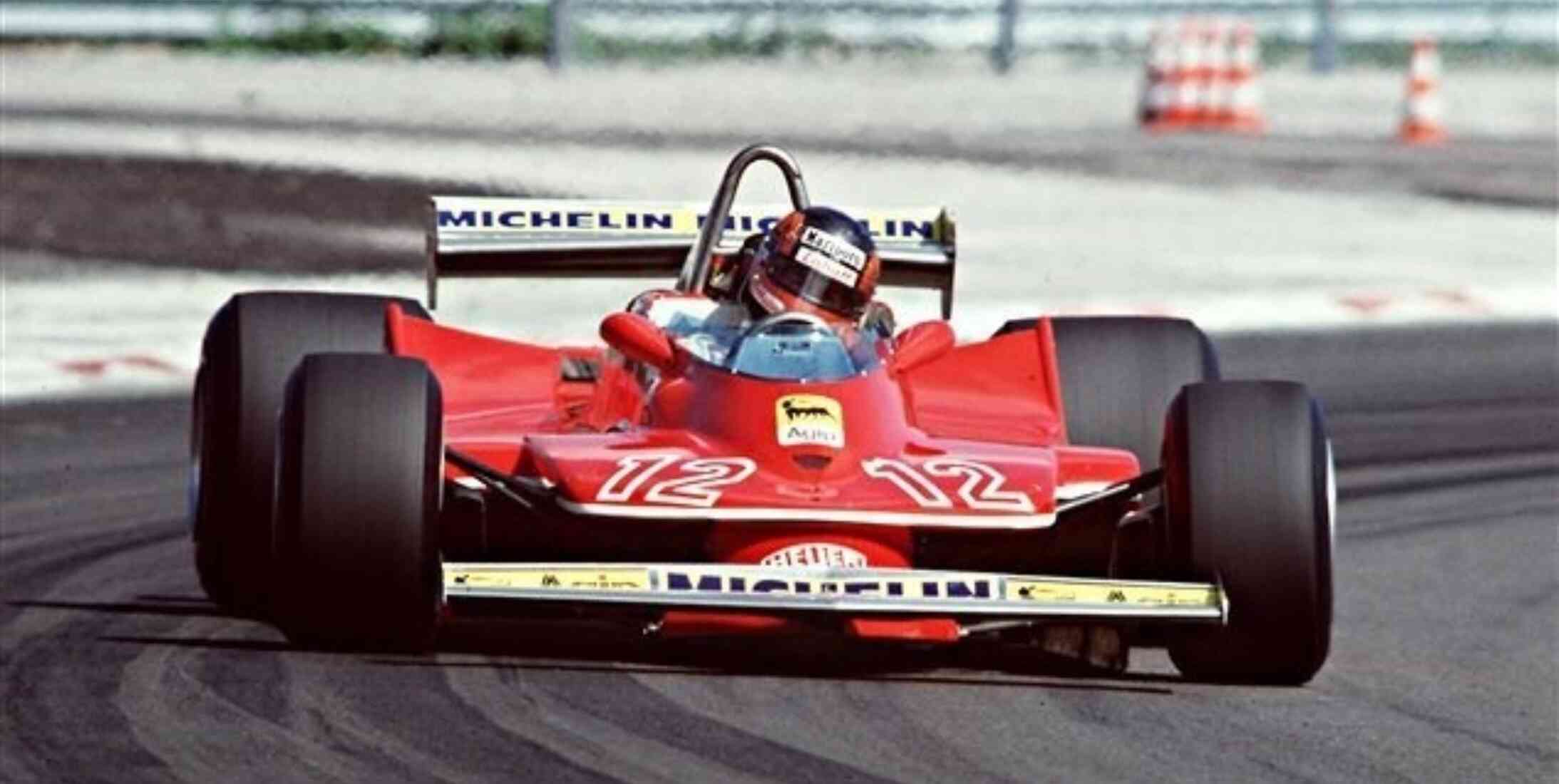 Known as one of the fastest drivers of all time, Gilles Villeneuve had an all or nothing mentality that ultimately cost him his life. The Canadian won two races and reached the podium 16 times over the course of six seasons.

Born in a small town outside of Montreal, Gilles Villeneuve participated in several snowmobile races during the early part of his career to earn some money. Once he started racing in single seaters, his talent was apparent from the start. He even managed to beat James Hunt in several Formula Atlantic events, which caught the attention of several F1 teams. Hunt’s team, McLaren, offered the Canadian driver a contract to drive their third car for up to five races in the 1977 season.

Villeneuve made his debut at the 1977 British Grand Prix, qualifying ninth and ultimately finishing 11th. His performance left a mark on the British press, who called the Canadian a future world champion. However it wasn’t enough to convince McLaren to extend his deal as they felt the finances weren’t right.

It proved to be a blessing for Villeneuve as he flew to Italy in August of that year to meet with the legendary Enzo Ferrari. After a successful test session with Ferrari, the boss was convinced and signed the Canadian for the final two races of the season. Regarding the move, Villeneuve later said: "If someone told me I had three wishes, my first would have been to be able to race, my second to get into Formula 1 and the third to drive for Ferrari.”

The 1978 campaign marked Villeneuve’s first full season in Formula 1. Things started slowly as the Canadian managed to finish just one of his first five races, though he eventually earned his first podium at the Austrian Grand Prix. Further success came at the final race of the season in Canada, with Villeneuve claiming victory over Jody Scheckter for his first F1. To this day he remains the only Canadian to win on home soil.

Villeneuve really boosted his notoriety with a sparkling 1979 season that was the high point of his career. The Canadian took victories in South Africa and the United States which propelled him to the top of the drivers’ standings. However Scheckter, who joined him at Ferrari prior to the start of the season, impressed as well and eventually beat him to the title by four points. One of the standout moments of the season came at the United States Grand Prix when Scheckter thought he had taken spot in free practice. Instead he entered the paddock to see Villeneuve atop the time chart, a full 10 seconds ahead of his closest challenger.

The Canadian entered the 1980 season as the favourite to win the world title however Ferrari struggled mightily, with the team failing to register a victory and Villeneuve collecting just six points. The struggles continued in 1981 with three DNFs to start the season, though he eventually recovered and won two races to go along with another podium finish en route to a seventh place finish in the standings.

Unfortunately things took a tragic turn in 1982. Villeneuve fell out with teammate Didier Peroni at the San Marino Grand Prix after the Frenchman refused to follow team orders, giving him the victory at the Canadian’s expense. The following event in Belgium would be Villeneuve’s last, as he looked to beat Peroni’s time in qualifying with eight minutes left in the session. The Canadian crashed into the back of Jochen Mass, the impact proving too much as he passed away at the age of 32.