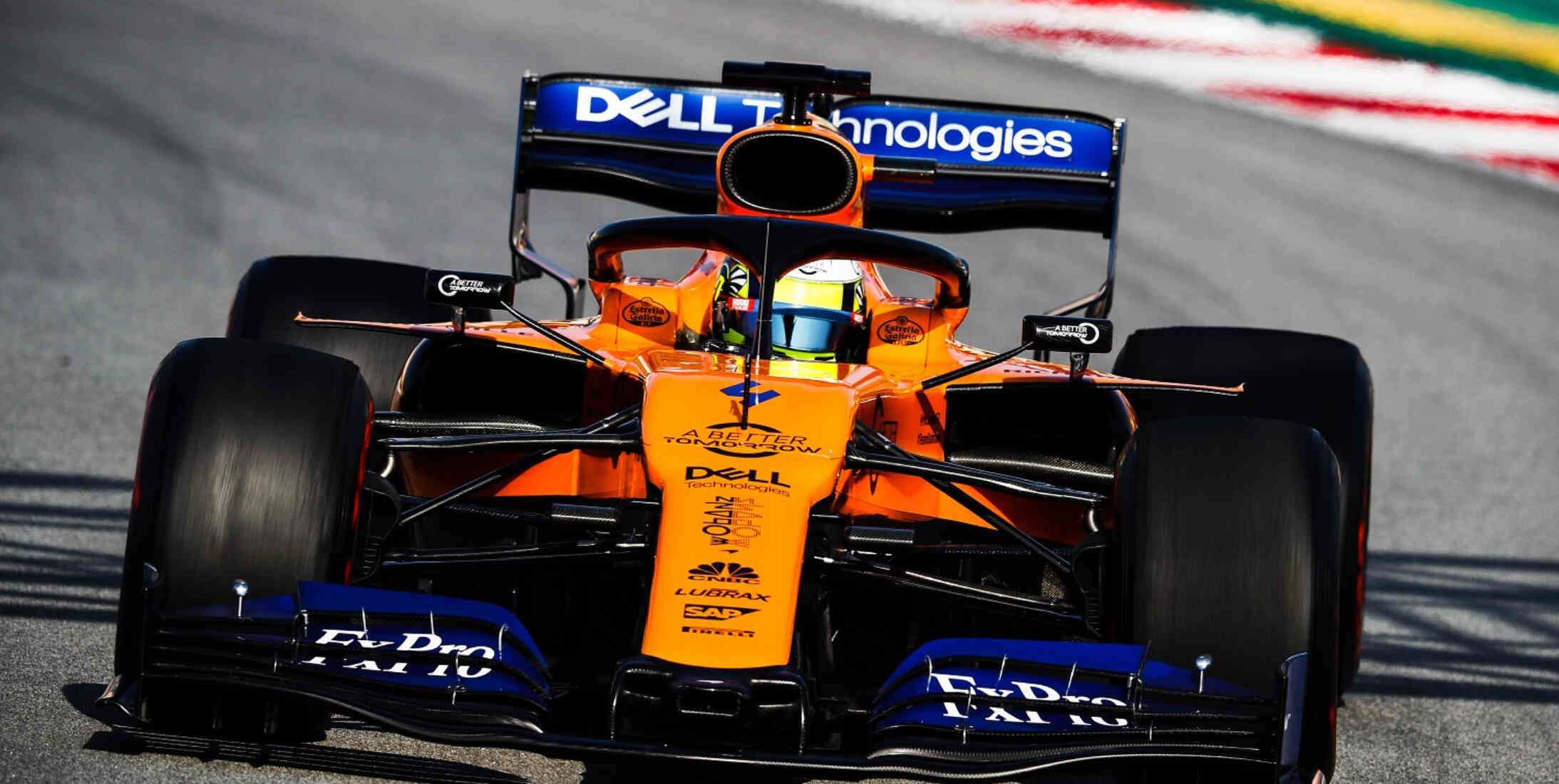 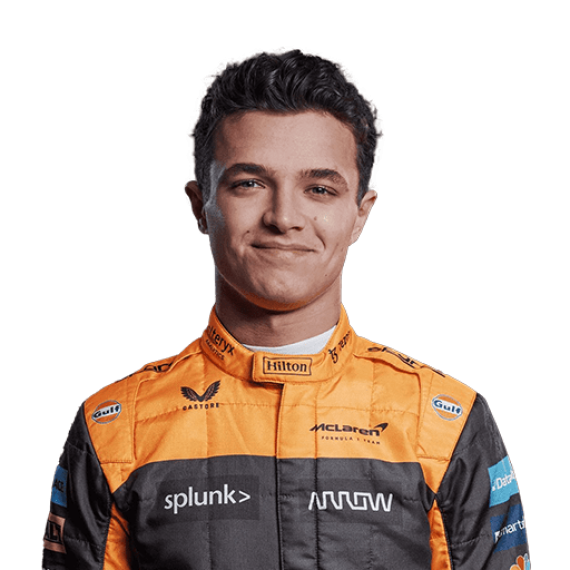 Despite slipping back one place in the Drivers' Championship, Lando Norris marked himself as one of the standout performers of the 2022 F1 season. The Briton will now embark on his fifth year with McLaren in 2023.

McLaren driver Lando Norris is among the most promising young talents in F1, having impressed during his time on the grid since joining the British team for the 2019 season.

Norris has a multi-year contract to stay with McLaren until 2025, indicating the faith the squad have placed in their driver.

But who is Norris and how did he make his way to Formula 1? Here is everything you need to know about Lando Norris.

Norris got his first taste of motorsport at the age of seven, when he began karting with his brothers at a track near his native Bristol in the United Kingdom.

Backed by his investment management father Adam Norris, he competed in karting events across Europe, ultimately going on to win the 2013 WSK Euro Series and the World KF Championship title the following year.

In 2014, Norris made the jump to racing cars in the Ginetta Junior Championship, finishing second in his first two races. He ended the year third overall with four victories.

The next year, he moved to Formula 4, where he won the inaugural MSA Formula Championship title with the Carlin team.

Norris' ascent up the open-wheel ladder

In 2016, Norris upped the ante once again and began racing in multiple series across the world, including the winter Toyota Racing Series New Zealand, along with campaigns in the Formula Renault Eurocup and the Northern European Cup.

The packed schedule paid dividends, as the young Briton went on to win three championship titles, while also making his European F3 debut at the Hockenheimring.

He would also race with Carlin at the Macau Grand Prix, but a crash in the qualifying race meant he started from 26th on the grid. Norris managed to work his way up to 11th in the main event.

In 2017, Norris focused his efforts on the European Formula 3 series, getting a seat with Carlin.

The youngster managed to bag wins at Silverstone and Monza, but a poor run, where he failed to convert good qualifying positions into points, meant he fell down the leaderboard midway through the season.

However, he would go on to string together a series of wins and, despite a crash at the Red Bull Ring, was able to win the title by 71 points.

The performance attracted the attention of McLaren, who added Norris to their young driver roster and set him up for his first-ever Formula 1 test at the Hungaroring.

In November, the team confirmed that Norris would be the F1 test and reserve driver for the 2018 season. The Briton paired his McLaren duties with a campaign in Formula 2, where he fought a hard battle all season with fellow future F1 drivers George Russell and Alex Albon, finishing second overall.

McLaren entered the 2019 F1 season on the back of some poor results. With the departure of Fernando Alonso, a seat opened up, and Norris was paired with Carlos Sainz as part of the team's all-new driver pairing.

The duo were quick to make their mark, and their arrival seemed to energise the outfit. McLaren finished fourth, comfortably outperforming their 2018 results.

However, for Norris, his teammate scored more than double the points that he managed. Lando ended the year with 49 of the team's 145 points, though he did outqualify Sainz on 11 occasions.

COVID-19 disrupted the 2020 season, resulting in a delayed and shortened calendar, but Norris took a significant step forward in terms of his performance. His online popularity off-track, with his gaming streams during the lockdown, matched the ability he showed on the circuit.

He took his first-ever F1 podium finish at the Austrian Grand Prix after a scintillating and viral last few laps when he cut through the pack to secure the result, becoming the youngest Briton to ever stand on the podium.

Norris finished the year in ninth place in the World Championship and, whilst he was again beaten by Sainz, the gap had closed significantly.

Whereas Sainz opted to switch to Ferrari for 2021, Norris stayed with McLaren, signing a multi-year contract extension that will see him remain with the team for the foreseeable future.

Norris and Sainz have remained friends though, with their amiable relationship making them a popular duo amongst fans.

Another step forward in 2021

Norris was joined by new teammate Daniel Ricciardo for the 2021 season, but quickly made his mark by outperforming the more experienced Australian.

At only the second race of the year, the Emilia Romagna Grand Prix, Norris secured a podium finish, and went on to consecutively score points in the first 10 races of the season.

This strong run of form also included a further two podiums at Monaco and Austria, as well as a fourth place at his home event, the British Grand Prix.

A high point of the year for McLaren came at the Italian Grand Prix, where Ricciardo and Norris clinched a 1-2 finish for the team.

This proved to be the final top three finish of the year for Norris, with McLaren appearing to struggle more against rivals Ferrari in the latter half of the calendar, but Norris still managed to score points at most events.

The Briton also narrowly missed out on what would have been his first Formula 1 victory at the Russian Grand Prix. Norris took his debut pole position in qualifying, something that he admitted came as a bit of a surprise.

He went on to put in a strong performance in Sunday's race and was on course for the win when rain began to fall with just five laps remaining. Norris opted to stay on track rather than pit for Intermediate tyres.

This proved to be the wrong call, with torrential rain falling at some parts of the Sochi track. Norris slipped down the order as a result and eventually finished in P7, leaving him feeling "devastated".

Norris was able to hold onto P6 in the World Championship, with former teammate Sainz just ahead in fifth and Charles Leclerc only one point behind in seventh.

After having come so close in 2021, Norris must have been hopeful of scoring his maiden Grand Prix win in 2022.

Unfortunately for the Briton, it was not to be, as McLaren's MCL36 did not prove to be capable of fighting at the front.

Despite this, Norris excelled in 2022, comprehensively outscoring teammate Daniel Ricciardo by 122 points to 37, and almost single-handedly keeping McLaren in the hunt for fourth place in the Constructors' Championship - a position they would ultimately lose to Alpine.

Norris was also the only driver from outside Red Bull, Ferrari and Mercedes to stand on the podium in 2022, taking third place at Imola just three races after brake issues had caused him to finish a lowly 15th in Bahrain.

With Ricciardo having been replaced by rookie Oscar Piastri for 2023, Norris goes into the new season as McLaren's senior driver, and will no doubt be eager to assert his dominance over his rookie teammate.

Locked into McLaren until the end of 2025, Norris has said he wants the Woking outfit to take a step up in 2023, in order for the Briton to finally take that elusive first win.