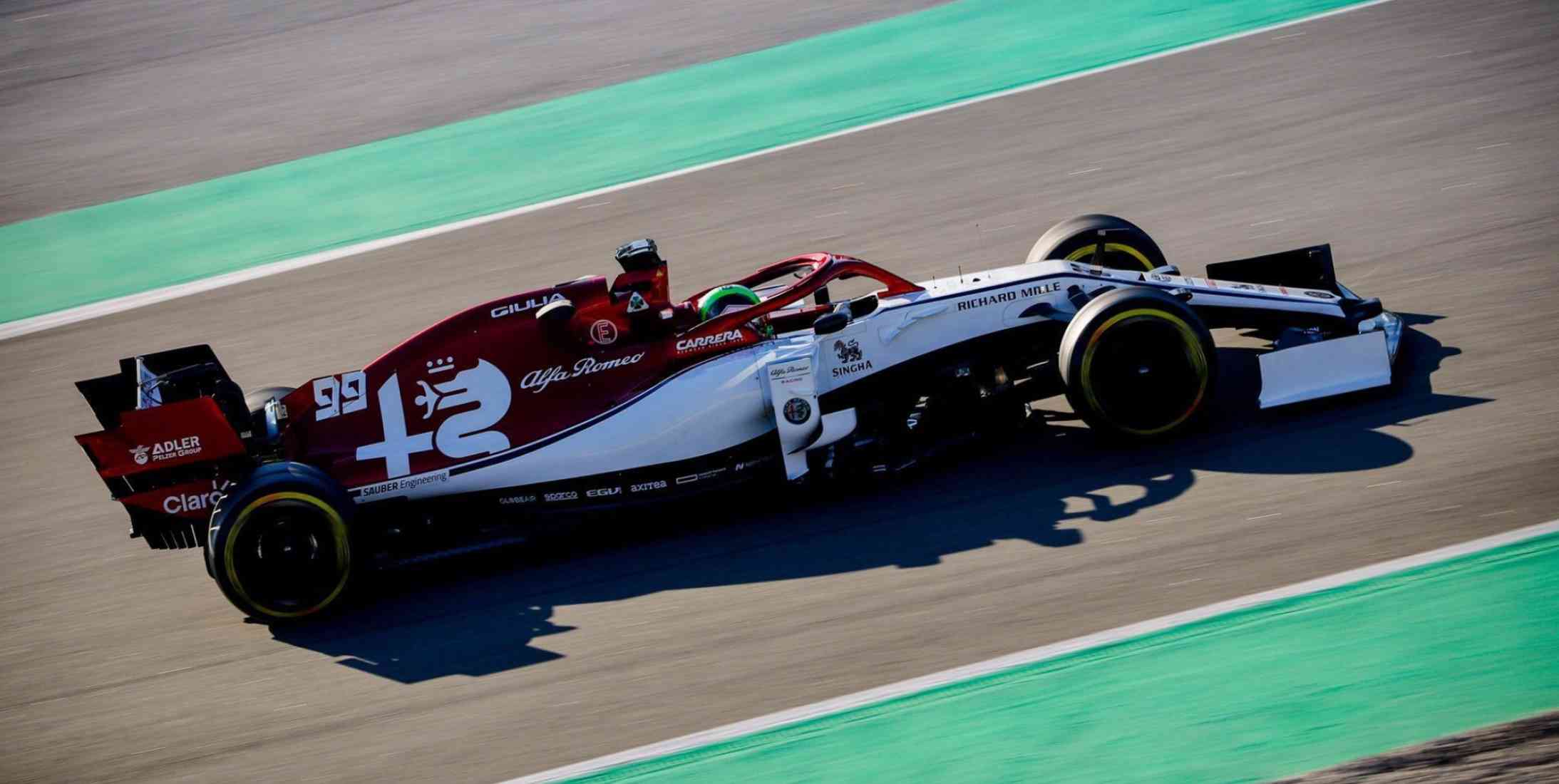 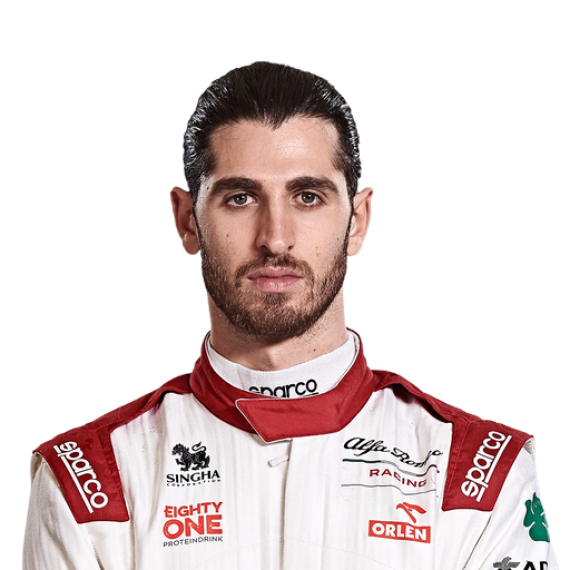 The Italian will be hoping he can improve on the four points scored in 2020 after both he and teammate Kimi Raikkonen were hampered by a car that lacked the performance of its 2019 predecessor. With an ever-growing pool of young racers waiting in the wings, his third full season in Formula 1 could be make or break.

After making his first start in F1 for Sauber as a stand-in, Antonio Giovinazzi has become a regular on the grid after getting a full-time drive for Alfa Romeo in 2019.

However the Italian's career in motorsport didn't start there, as the native of Puglia climbed through the junior ranks while competing against some familiar names like Charles Leclerc, Lance Stroll, George Russell and Pierre Gasly.

Here's everything you need to know about Antonio Giovinazzi.

Giovinazzi began karting in the year 2000. He became champion in the Italian National Trophy 60cc and Euro Trophy 60 championships, and also took the WSK Master Series in the KF1 class in 2010 and 2011.

It wasn't until 2012 that Giovinazzi began his single seater career in Formula Pilota China. Thanks to six wins in his debut campaign, he finished as overall champion. The Italian also took part in the final round of the Formula Abarth season for BVM at Monza. While Giovinazzi won two races and finished second in another, he was awarded no points as he was a guest driver.

Next up came a move to the British Formula Three Championship in 2013 for the Double R Racing team. Giovinazzi ended the season as runner-up to Jordan King, winning races at Silverstone and Spa-Francorchamps. He also took part in the Masters of Formula 3 during the season, finishing in 10th spot.

Giovinazzi also competed for Double R Racing in the Formula 3 European Championship, achieving his best result - sixth - in Hockenheim. He ended the season in 15th place with 45 points.

The following season the Italian moved to Jagonya Agam with Carlin, scoring his first podium with a second place finish in Hockenheim. After claiming pole at the Red Bull Ring, Giovinazzi secured his first victory before adding a second at the following round in Nurburgring. He ended the season sixth in the standings with 238 points.

Giovinazzi stayed with Jagonya Agam with Carlin in 2015, with the likes of Charles Leclerc, Lance Stroll, George Russell and Alexander Albon all part of the field. Although the Italian was a championship contender for much of the season, he finished runner-up to Felix Rosenqvist in the end. He made his second appearance at the Masters of Formula 3 during the season, winning the race after starting second on the grid. Giovinazzi entered the 2015 Macau Grand Prix as well, qualifying fourth and winning the qualifying race. However he was handed a 20-second penalty for causing a multi-car pile up. He finished fourth in the main event.

Giovinazzi took part int he Asian Le Mans Series in the LMP2 class alongside Sean Gelael in 2016, winning the final rounds in Buriram and Sepang.

Giovinazzi moved to the GP2 series in 2016, partnering Pierre Gasly at Prema Powerteam. After a poor start that saw him finish outside the points at the opening two races, Giovinazzi won both the feature and sprint races in Baku.

Gasly won the feature race in Spa while Giovinazzi took the sprint race, while the Italian started from the back of the grid in Monza but managed to take the feature race after a mix up involving the Safety Car. Although the Italian's victory at Sepang saw him overtake Sergey Sirotkin in the standings, Gasly led by 12 points heading into the final race.

Although Giovinazzi finished the final race ahead of Gasly, the Frenchman took the championship by eight points.

Giovinazzi's first taste of F1 action came in September 2016 when Ferrari announced he would perform simulator work for the team. Later that year in December, the Scuderia confirmed the Italian as their third driver.

From there Giovinazzi took part in pre-season testing for Sauber in 2017, though it quickly became more after Pascal Wehrlein suffered an injury in the lead up to the season-opening Australian Grand Prix. The Italian finished his debut in 12th, becoming the first Italian to start a race since Jarno Trulli and Vitantonio Liuzzi at the 2011 Brazilian Grand Prix. Although Giovinazzi took part in the Chinese Grand Prix as well, he crashed out during both qualifying and the race.

Giovinazzi made the move to Alfa Romeo for the 2019 F1 season, replacing Marcus Ericsson - who became the team's reserve driver - alongside Kimi Raikkonen.

It wasn't until the ninth race of the season that the Italian scored his first points for the team, finishing the Austrian Grand Prix in 10th spot. The result made him the first Italian driver to score points in F1 since Vitantonio Liuzzi finished sixth at the 2010 Korean Grand Prix. A mechanical issue forced him to retire in Britain, while he crashed on the last lap of the Belgian Grand Prix while running ninth.

It meant that Giovinazzi entered the second half of the season on one point compared to Raikkonen's 31, however the Italian responded. He finished ninth at his first home F1 race at Monza and even led the Singapore Grand Prix for four laps, ultimately finishing in 10th. A career-best sixth place finish in Brazil became fifth after Lewis Hamilton was penalised, helping Giovinazzi finish the season with 14 points.

Both Giovinazzi and Raikkonen remains with Alfa Romeo for the 2020 F1 season, however it was a season to forget for drivers and team. The Italian scored his first points at the season-opener in Austria, starting down in 18th but making his way up to ninth.

Giovinazzi crashed out of the Belgian Grand Prix, with a stray wheel form his car hitting the Williams of George Russel and causing both drivers to retire from the race. The Italian was involved in another accident at the Tuscan Grand Prix during the Safety Car restart which resulted in four cars retiring.

While Giovinazzi managed two 10th placed finishes at the Eifel and Emilia Romagna Grand Prix, they would prove to be his final points of the season. The Italian ended the campaign level with Raikkonen on four points, though Giovinazzi out qualified his teammate at nine of the 17 races that season.

Both drivers were once again retained by Alfa Romeo for 2021.