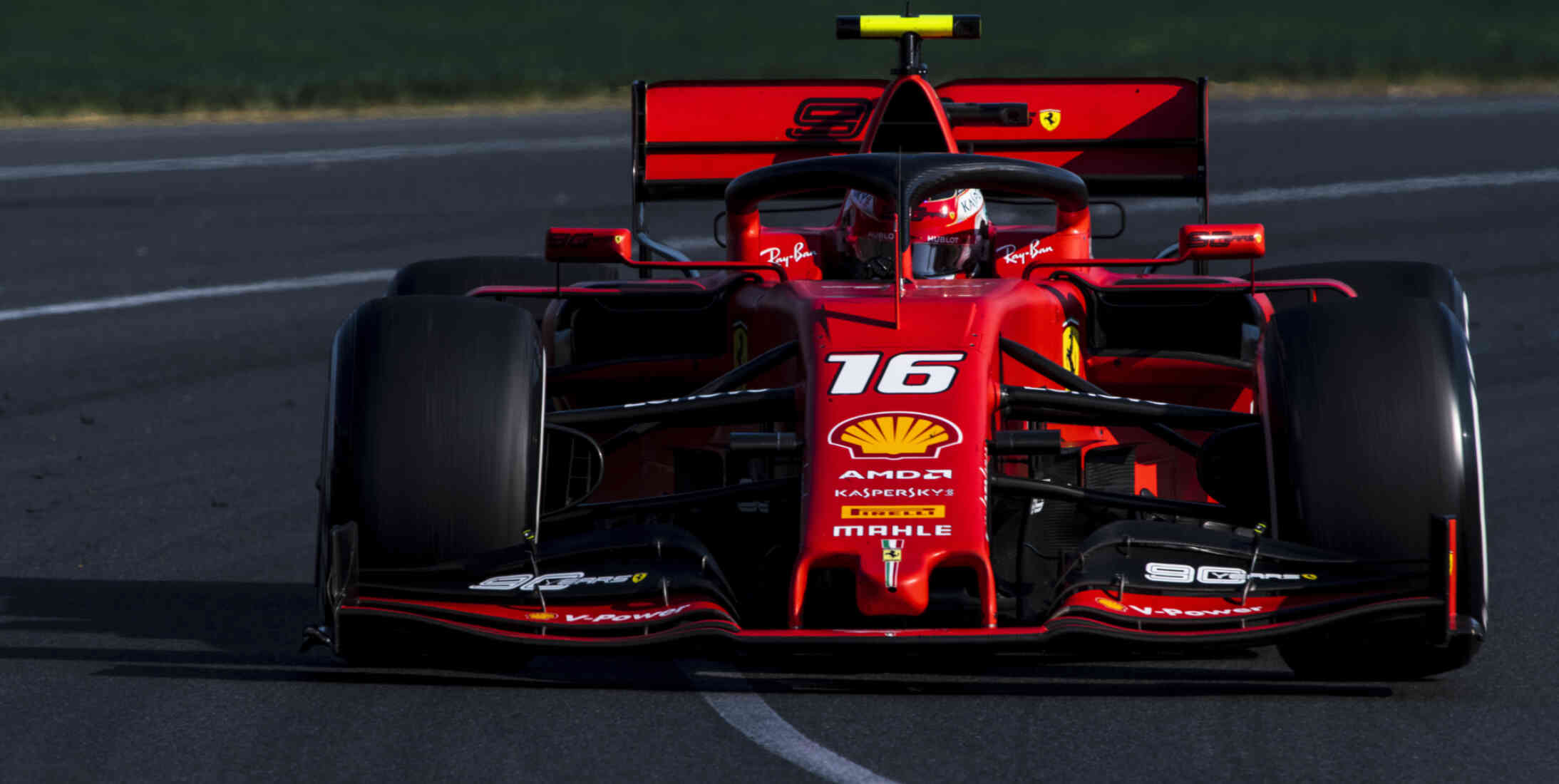 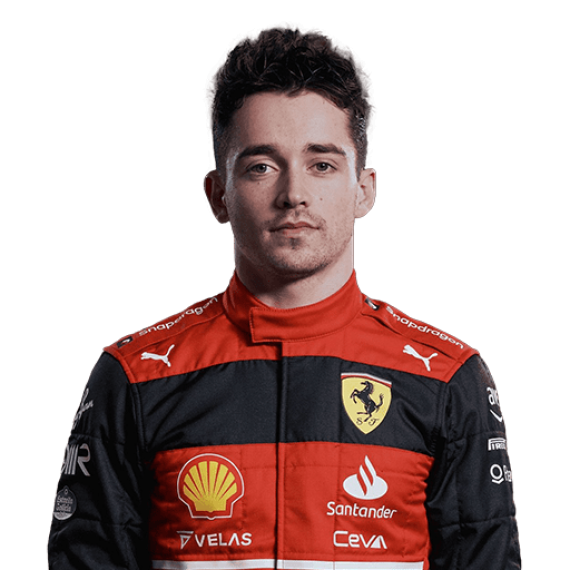 After a couple of winless seasons in 2020 and 2021, Charles Leclerc and Ferrari were Grand Prix winners again in 2022. However, a mooted title challenge failed to materialise due to a combination of poor reliability, driver error and questionable strategy. Both parties will be hoping for a smoother experience in 2023.

Despite arriving in F1 with big expectations around him, Charles Leclerc hasn't had a problem handling the pressure and becoming one of the brightest young stars in the sport.

After a stellar climb up the ranks that saw him claim GP3 and Formula 2 titles, the Monegasque driver had a memorable debut campaign with Sauber back in 2018, often getting more out of the car than should have been possible.

It's no surprise that it took just a season for Ferrari to bring him onboard in 2019. He quickly established himself as one of the standout drivers on the grid thanks to impressive victories in Belgium and Ferrari's home race at Monza.

Locked into a long-term deal as he looks to turn around Ferrari's fortunes, here is everything you need to know about the life of Charles Leclerc.

The second-oldest alongside two other siblings, Leclerc was born to father Herve and mother Pascale. He began karting in 2005, winning several French championships and even battling it out with Red Bull's Max Verstappen in 2013. The Dutchman took the CIK-FIA World KZ Championship, with Leclerc slotting in just behind in second.

Leclerc made the jump to single-seaters in 2014, finishing second to Nyck de Vries in Formula Renault 2.0 Alps. A move to the Formula 3 European Championship came in 2015 and was followed by a GP3 Series title in 2016, finishing ahead of Alexander Albon.

Leclerc continued to impress from there, making the step up to Formula 2 in 2017 where he drove for Prema Racing. He ended the season with seven wins, eight pole positions and 10 podiums from 22 races to take the title by 72 points over Artem Markelov.

The result made Leclerc the youngest-ever champion of the main support series for F1 at 19 years and 356 days old, along with being the first rookie to win since Nico Hulkenberg back in 2009.

Leclerc joined the Ferrari Driver Academy in 2016, acting as the Haas and Ferrari development driver as well. He took part in the first practice session for the British and German Grands Prix for the American team.

In 2017, he took part in mid-season testing for Ferrari at the Hungaroring, finishing fastest on the first day and completing 98 laps in the process.

The next step saw Leclerc promoted to a full-time seat in 2018, joining Sauber alongside Marcus Ericsson. Leclerc became the first Monegasque F1 driver since Olivier Beretta in 1994.

He scored his first points in Formula 1 at the Azerbaijan Grand Prix thanks to a sixth-place finish, becoming the second driver from Monaco to earn points after Louis Chiron.

Unfortunately, things didn't go well for Leclerc at his home race. He suffered a brake failure in the closing laps, running into the back of Brendon Hartley and forcing both cars to retire. Three consecutive finishes in the points followed, before a run of five races outside of the top 10, which included three retirements.

Leclerc ended the season with three consecutive seventh-place finishes to bring his final points tally to 39, beating teammate Ericsson by 30 points. He also outqualified the Swede by 17-4.

Leclerc's lone season with Sauber was enough to convince Ferrari to make a move as the Scuderia brought him in to replace Kimi Raikkonen, who went the other way and filled the seat at the team now known as Alfa Romeo. He made his first appearance in a Ferrari car in November 2018 during the end of season test.

The Monegasque started and finished his first race for Ferrari in fifth, but he quickly made a name for himself by claiming pole position at the following race in Bahrain. Leclerc set a new lap record in the process, and became the youngest Ferrari pole-sitter in F1 history.

Although Leclerc led most of the race, engine problems late on resulted in him being overtaken by Lewis Hamilton and Valtteri Bottas. Nonetheless, a late Safety Car helped him to keep hold of third and thus clinch his first Formula 1 podium.

Two more podiums came in Canada and France, while Leclerc claimed a second career pole in Austria. Just like in Bahrain, Leclerc led for most of the race but wasn't able to take the win, with Verstappen finding a way past him in the closing stages. The overtake saw the two cars collide and, while the stewards investigated the matter after the race, they deemed it to be a racing incident.

Another pole in Belgium ahead of teammate Sebastian Vettel gave Ferrari their second front-row lockout of the season. Despite pressure from Hamilton, Leclerc fended him off to claim his first F1 career victory, becoming the youngest ever Ferrari race winner. The Monegasque dedicated the win to his friend Anthoine Hubert, who was killed during a Formula 2 race on the Saturday.

Leclerc followed that up with another pole in Italy and once again fended off the Mercedes to take the chequered flag, making him the first Ferrari driver to win at Monza since Fernando Alonso in 2010. Another pole came in Singapore, but he had to settle for second in the race after being undercut by Vettel.

There was a seventh pole at the Mexican GP, though controversy occurred in Brazil as Leclerc and Vettel collided, putting them both out of the race. In the end, Leclerc finished fourth in the championship - ahead of Vettel - with 10 podiums, two wins, four fastest laps and seven pole positions.

Although Leclerc ended the 2020 season-opening Austrian Grand Prix in second, it was a difficult campaign for himself and Ferrari.

Leclerc started the Styrian Grand Prix down in 14th after a penalty for impeding Daniil Kvyat in qualifying, and things didn't improve all that much from there. He again collided with Vettel on the first lap, ending both of their races.

The only other real bright spot came at the British Grand Prix, where Leclerc turned fourth on the grid into a third-place finish for his 12th career podium. A crash at the Parabolica on Lap 24 ended his Italian Grand Prix while running in fourth, though Leclerc did manage to put together a run of three consecutive top-five finishes in Portugal, Emilia Romagna and Turkey.

Leclerc finished the championship in eighth spot with 98 points, whilst teammate Vettel had to settle for 13th position on 33 points.

Ferrari had decided before the beginning of the season that they would opt for a change, bringing in Carlos Sainz from McLaren to replace the departing Vettel. Leclerc, meanwhile, continued with the Scuderia on his long-term deal, which will see him stay with the team until 2024.

Progession for Leclerc and Ferrari in 2021

Following their challenging year in 2020, Ferrari looked to make progress in 2021, placing their hopes in the youthful line-up of Leclerc and Sainz.

The season got off to a steady start for Leclerc, with consecutive points finishes in the first four races. Then came his home event, the Monaco Grand Prix, and from early in the weekend both he and Sainz looked to have good pace.

Leclerc carried this through to qualifying by putting his Ferrari on pole position, with Sainz in fourth. This came despite the Monegasque crashing in the final stages of the session.

Heartbreak followed for Leclerc, as he was unable to start the race due to an issue with the left driveshaft on his car which was unrepairable. Whilst upset about the turn of events, the driver vowed not to change his approach as a result.

Leclerc claimed his only podium finish of the year at the British Grand Prix, where he led for much of the race following a dramatic collision between title rivals Max Verstappen and Lewis Hamilton on the opening lap. However, Hamilton eventually caught Leclerc in the latter stages, demoting the Monegasque to second.

At the next event in Hungary, Leclerc was eliminated on the first lap after being hit by the Aston Martin of Lance Stroll at Turn 1.

The Tifosi were able to watch Leclerc take P4 at the Italian Grand Prix. Meanwhile, at the Russian Grand Prix, Leclerc was one of those caught out by heavy rain towards the end of the race. Despite running in the points at one stage, pitting too late for Intermediate tyres pushed him down to 15th.

Following on from this disappointment, Leclerc was able to claim points at every remaining race of the season, with Ferrari appearing to have made further progress. This enabled the team to get ahead of rivals McLaren in the battle for P3 in the Constructors' Championship.

Leclerc ended 2021 in seventh in the World Championship with 159 points, and was beaten by Sainz, who claimed fifth spot with 164.5 points. This marked the first time that Leclerc had been beaten by a teammate over the course of a season in his racing career.

A missed opportunity in 2022

Ferrari finally had a truly competitive car once again in 2022, and Leclerc took his and the Scuderia's first win since 2019 at the season-opening Bahrain Grand Prix.

The Monegasque won again at the third round in Australia to open up a 34-point lead and seize the initiative in the title race, especially with rival Max Verstappen retiring from both Bahrain and Melbourne.

However, that was largely as good as it got for Leclerc and Ferrari, as the Monegasque's title challenge soon fell away. Poor reliability saw Leclerc retire from the lead in Spain and Baku and some questionable strategy calls from Ferrari hampered his progress at Monaco and Silverstone.

Perhaps more concerning from Leclerc's point of view were the unforced errors that pockmarked his season. The Monegasque dropped from third to sixth at Imola and spun out of the lead in France, allowing Verstappen to romp away to a title that Leclerc could and should have challenged for.

After a 2022 season that disappointed after having promised much, Ferrari have rung the changes for 2023, with Mattia Binotto leaving his role as Team Principal to be replaced by ex-Alfa Romeo team boss Fred Vasseur.

Leclerc was thought to be unhappy with Binotto's leadership after some questionable strategy cost him points on more than one occasion in 2022, and will likely be pleased with the arrival of Vasseur, who was Leclerc's team boss at Alfa Romeo Sauber in 2018.

All eyes will be on Leclerc in 2023, to see if the Monegasque can eradicate the mistakes that occasionally creep into his driving and deliver on the promise that has seen many label him a future World Champion.