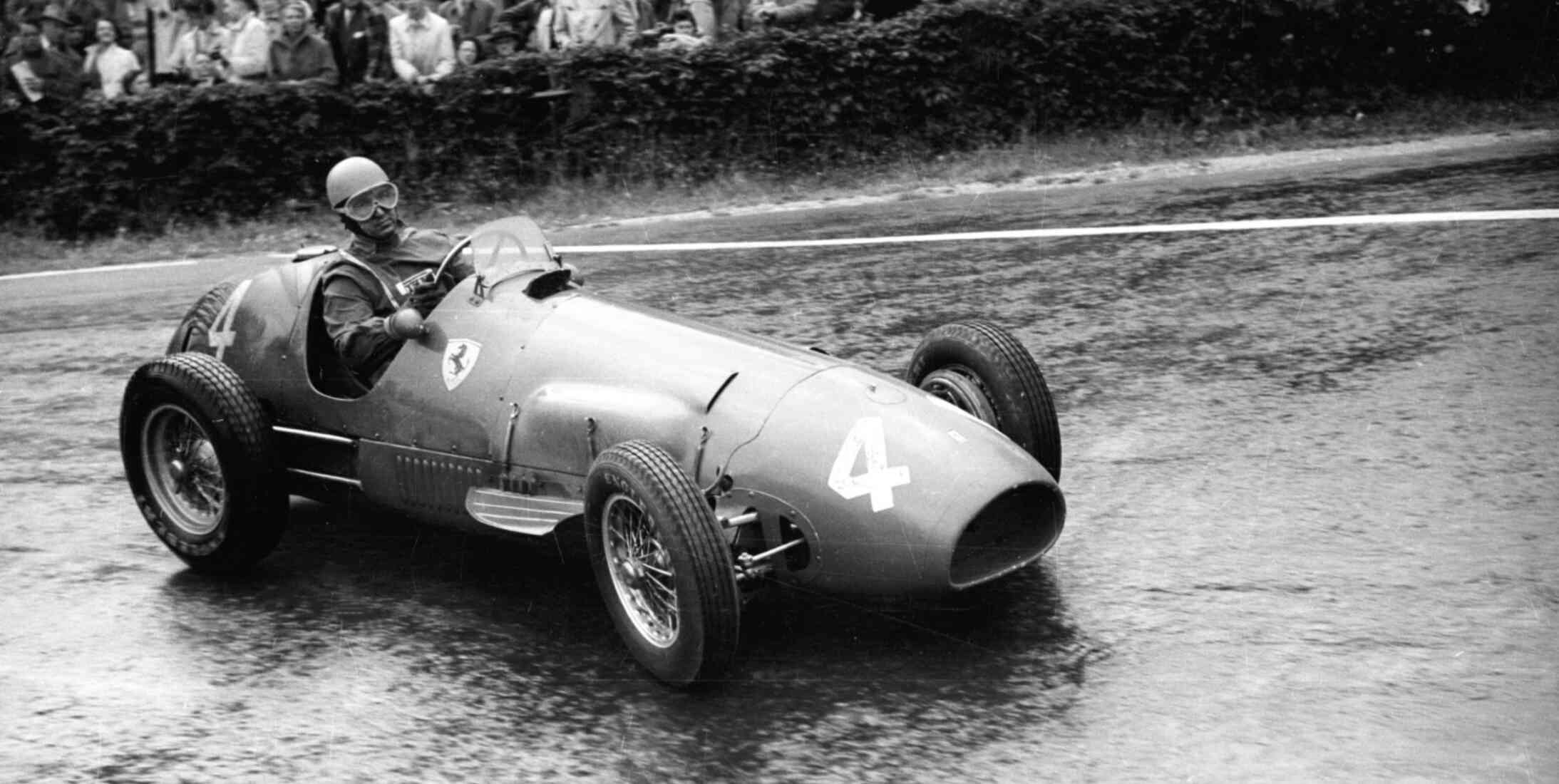 Alberto Ascari is a Formula 1 legend who won two titles with Ferrari in 1952 and 1953. In his 32 starts in the sport, the Italian has won 13 races and secured a remarkable 14 pole positions. Apart from his F1 exploits, the multifaceted racer also competed in motorcycles and won the 1954 Mille Miglia, which was a popular open road endurance race conducted in Italy.

Ascari was born in Milan on July 13th, 1918, his father Antonio was also a racing driver who tragically died while leading the 1925 French Grand Prix, a few weeks prior to his son’s seventh birthday. Unperturbed by the event, the young Alberto followed his father’s footsteps and forged a racing career of his own.

While Ascari initially started by racing motorcycles, his career was put on hold when Italy entered World War II. Upon the war’s conclusion, Ascari teamed up with his father’s old friend Enzo Ferrari and the two would forge a very successful partnership.

The Ferrari team, who incidentally are the only team to have participated in every single Formula 1 season since the championship’s inception, began their storied history at the 1950 Monaco Grand Prix with Ascari immediately tasting success with a second-place finish. He would add one further podium at that season’s Italian Grand Prix once again finishing second.

Things would improve in 1951 with Ascari and Ferrari winning back to back races at that season’s German and Italian Grand Prix. While progress was made on the previous year’s efforts, Ferrari still fell slightly short of their ambition of winning the championship with Ascari finishing second overall to Fangio. However, the Alfa Romeo cars were at the end of their development potential, opening the door for Ferrari to capitalize on the 1952 season.

Though Ascari was forced to skip the first round of the 1952 season, on account of his participation in that year’s Indy 500, he won the remaining six races of the season and comfortably took his and Ferrari’s first championship in dominant fashion. The Italian would follow this up by winning the first three races of the 1953 season, thus setting a record for most consecutive race wins, a record Sebastian Vettel would match in 2013, when he won the last nine races of that season. Ascari would add two further wins securing back-to-back championships and becoming F1’s first two-time world champion.

Ascari would leave Ferrari at the end of the 1953 season, citing his salary as an issue. He would join Lancia who would not have their car ready until the final race of the 1954 season, Ascari however, would be loaned out to the Maserati and Ferrari teams though he would not finish a single race that season despite driving for three different manufacturers, though he would win the Mille Miglia that year driving for Lancia.

Ascari would start the 1955 season crashing his car into the Mediterranian sea at the Monaco Grand Prix, though he would survive this accident, the Italian would not be so fortunate a mere four days later when testing a sports car at the notoriously dangerous Monza circuit, Ascari wearing nothing but a helmet and his casual clothes would crash heavily on his third lap. The impact would throw him out of the car and he would succumb to his injuries a few minutes later. The turn at which he crashed is now called the Variante Ascari.

There were several similarities between Alberto's death and his father. They were both 36 years old, in both cases, it was on the 26th of the month, they both crashed out of a fast left turn, they both won 13 Grand Prix and they both left a wife and two children.