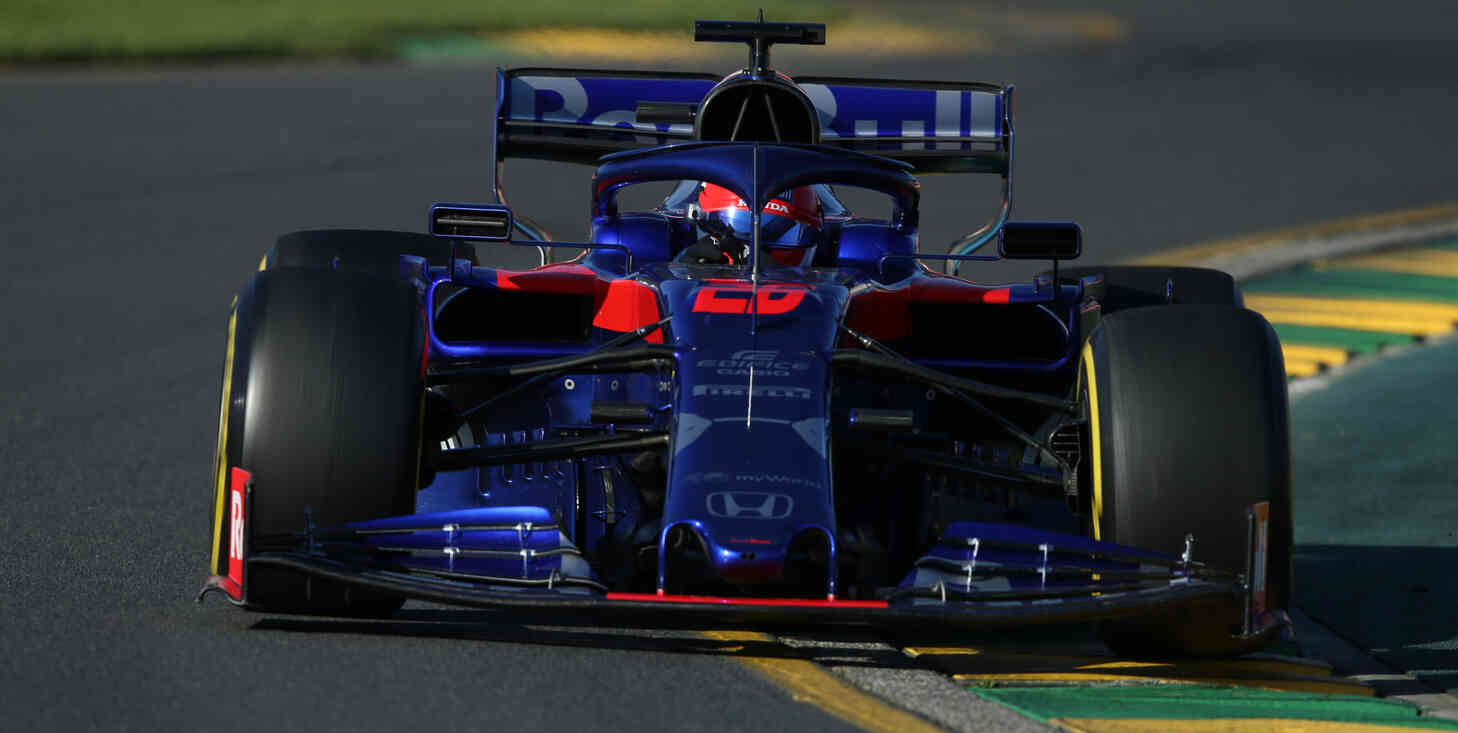 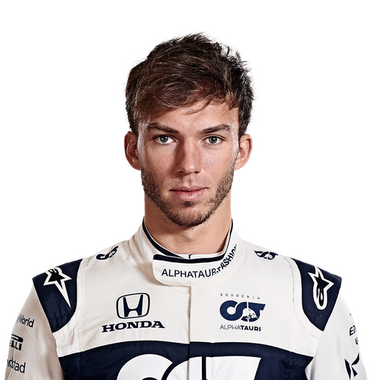 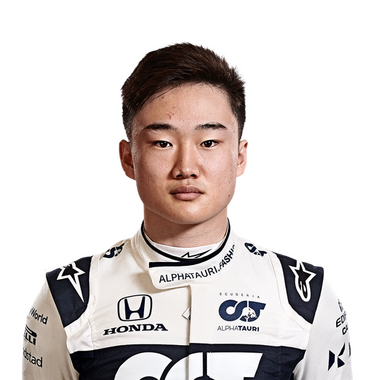 Heralded for their ability to develop young drivers, AlphaTauri will look to help another in 2021 as Yuki Tsunoda makes the leap from the Formula 2 World Championship. He’ll certainly have stiff competition when it comes to impressing for the team as Pierre Gasly continues his ascent.

The team's origins date back to Minardi, which competed in F1 from 1985 to 2005. Although the team had a large fan base, the Italian outfit never finished on the podium and only finished fourth on three occasions.

Owner Paul Stoddart asked any potential buyers to maintain the team's traditional base in Italy, with Red bull GmbH agreeing to keep the outfit's headquarters in Faenza until at lest 2007.

Although Red Bull abandoned the Minardi name, they did use Italian in the team's new name to hint at their heritage. Initially called Squadra Toro Rosso, the name was changed to Scuderia Toro Rosso given scuderia is commonly applied to Italian motor racing teams like Ferrari.

Vitantonio Liuzzi and Scott Speed were the team's first drivers in 2006 with Neel Jani the test/third driver. The 2006 chassis, the STR1, was a modified version of Red Bull's car from the previous season.

The team used Minardi's supply of 2005-spec Cosworth engines as the newly-built models were too expensive for smaller teams. Teams like Super Aguri and Midland argued the continuation of the arrangement Minardi shouldn't be allowed given it was based on their poor financial situation. The team also used Michelin tyres.

Toro Rosso struggled as the 2006 season progressed as their competitors developed their new V8 engines. The team's best result came thanks to Liuzzi's eighth place finish at the United States GP.

The team finally switched to 2006-spec Ferrari V8 engines the following year, taking over the contract that Red Bull broke with the Scuderia in favour of Renault power. Liuzzi and Speed were brought back for a second season, with Sebastien Bourdais the test driver. Much like in 2006, Toro Rosso struggled for much of the year as driver errors and reliability woes.

Having failed to score a point up to that point in the season, Speed was dropped after the European GP. After publicly criticising the team, the American was replaced by BMW Sauber development driver Sebastian Vettel. Results improved before the end of the season, with the German finishing fourth and Liuzzi six at the Chinese GP - the team's best results up to that point. 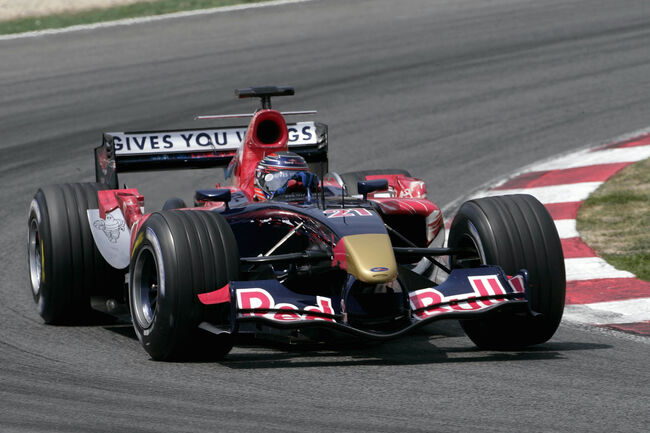 Vettel and Bourdais drove for the team in 2008, with the latter scoring his first points with a seventh-place finish in Australia. Vettel finished fifth in Monaco as the team improved over the course of the year, with both cars running in the top six for much of the Belgian GP. Running as high as third and fourth on the final lap, cars with tyres better suited to the extreme wet conditions saw Vettel and Bourdais finish fifth and seventh respectively.

Nothing compared to the shock that Toro Rosso pulled off at the wet Italian GP. Vettel claimed pole before taking his and the team's first victory ahead of Heikki Kovalainen and Robert Kubica. It was the first win by an Italian based team other than Ferrari since the 1957 German GP. It was also the first and only win so far for a Ferrari engine in a customer chassis.

Vettel ended the year scoring 35 of the team's 39 points, helping Toro Rosso outscore the senior Red Bull team for the first and only time in their history. The German's efforts also helped him earn a call up to Red Bull for the 2009 season. 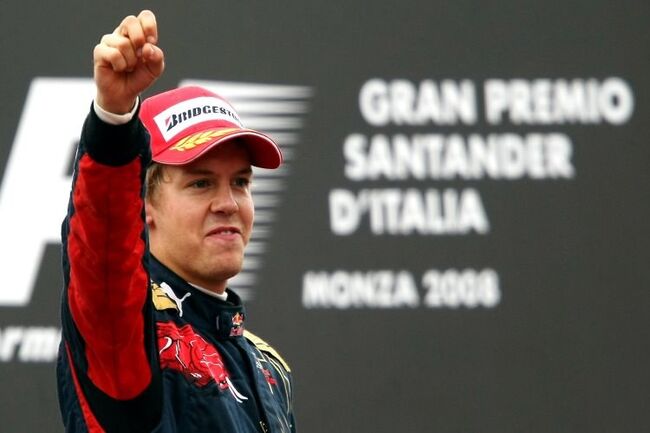 Step back followed by improvement

With Vettel moving on and replacing the retired David Coulthard, Bourdais was joined by Sebastien Buemi for the 2009 season.

Team principal Franz Tost stated before the season that it would be tough for the team to replicate their 2008 form, and that proved to be the case. Bourdais was let go in July due to disappoint results, with the team bringing in Jaime Alguersuari as his replacement. Toro Rosso ended the year 10th in the Constructors' Championship with just eight points, having been overtaken by Force India thanks to their podium finish in Belgium.

Buemi and Alguersuari returned in 2010 and the latter scored his first F1 points by finishing ninth at the Malaysian GP. Toro Rosso went on to score points on another six occasions, ending the year ninth with 13 points ahead of Lotus, HRT and Virgin.

Both drivers were brought back in 2011 while Daniel Ricciardo, the team's reserve test driver, took part in every free practice session. Toro Rosso took a significant step forward from the previous year with Buemi scoring points at the season-opener in Australia. The team ended the year with 41 points, finishing three points back of Sauber for seventh.

Ricciardo and Jean-Eric Vergne were brought in for the 2012 F1 season and things started off well after points finishes in Australian and Malaysia, however the team would only have to wait until Round 12 in Belgium to add to that figure. While Toro Rosso's form improved from there, they ended the year with just 26 points ahead of the likes of Caterham, Marussia and HRT.

Both drivers achieved similar results the following year as Toro Rosso finished eighth with 33 points, though they scored 28 more points than Williams.

Prior to the 2013 Italian GP, Red Bull announced that Ricciardo would replace Webber. Daniil Kvyat was brought in as his replacement, while Toro Rosso also made the switch to Renault power after signing a long-term deal with the French manufacturer.

Vergne qualifed sixth for the Australian GP, the team's best starting position since the 2013 British GP. The Frenchman finished eighth and Kvyat ninth, while the Russian added to his tally with a 10th place finish in Malaysia.

Prior the Belgian GP, Toro Rosso announced that 16-year-old Max Verstappen would replace Vergne at the end of the season. The news left the Frenchman without a seat, however with Red Bull announcing that Kvyat would replace the departing Vettel at season's end, his hopes of retaining a seat were boosted. In the end Carlos Sainz was chosen to partner Verstappen, while Toro Rosso ended the season in seventh with 30 points.

The young line-up proved to be a success with Sainz scoring points in his debut while Verstappen retired with an engine failure. The Dutchman secured two fourth-place finishes in Hungary and the USA as Toro Rosso finished the year with 67 points, their most successful F1 season in terms of points. Verstappen scored 49 of those points compared to Sainz's 18.

Toro Rosso opted for Ferrari engines in 2016, using 2015 power units, rekindling the partnership that saw them use Scuderia power from 2007 to 2013. Following Kvyat's slow start to the season, Red Bull opted to promote Verstappen to the senior team while sending the Russian back to Toro Rosso. The team ended the year seventh in the Constructors' Championship with 63 points, just 13 back of McLaren.

After just one year with Ferrari power, Toro Rosso switched back to Renault for the 2017 campaign with Sainz and Kvyat also retained. Although the team ran Renault engines, they were branded as Toro Rosso. The team ended the year seventh with 53 points, while Pierre Gasly was announced as Kvyat's replacement for an unspecified number of races starting with the Malaysian GP ahead of his 2018 move to the outfit.

Sainz, who had already agreed to join Renault in 2018, was allowed to join the French outfit at the US GP and with Gasly unavailable due to the final round of the Japanese Super Formula Championship, Hartley and Kvyat drove for the team. However Helmut Marko announced soon after that the Russian would not be returning to the team, with Hartley and Gasly the pairing for the remainder of the year. 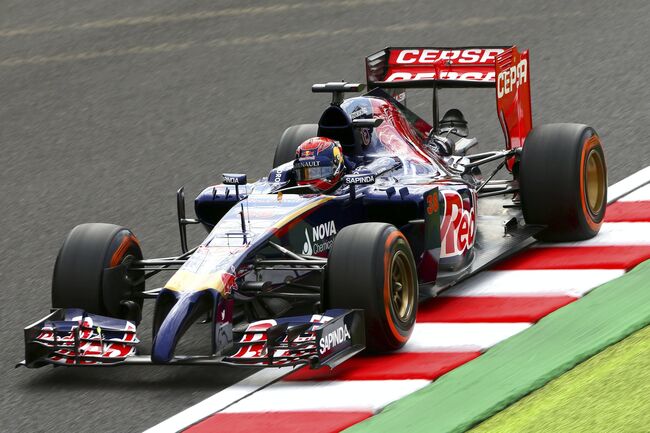 Toro Rosso terminated their Renault deal in order to sign a full-works contract with Honda. This move came after McLaren severed their ties with the Japanese manufacturer, allowing Toro Rosso to earn direct factory support as a flagship team.

Both Gasly and Hartley returned but while the Honda engine showed promise in pre-season testing, it didn't translate into success once the campaign began. Reliability issues plagued the team throughout the year, especially Hartley, resulting in the team scoring just 33 points - 29 of which came from Gasly.

The Frenchman was promoted to Red Bull in 2019, with Kvyat returning to Toro Rosso as his replacement after being dropped in 2017. Hartley was also dropped in favour of Alexander Albon. The Thai-British driver started the season strongly, finishing 10th in Australian while keeping Gasly behind him for much of the race. Both drivers finished in the points in Monaco, the first time the team had done so since the 2017 Spanish GP.

Kvyat scored the team's first podium finish since the 2008 Italian GP thanks to a third-place finish at the rain-affected German GP, with Albon finishing sixth. With Gasly unable to leave his mark at Red Bull, he was sent back to Toro Rosso with Albon promoted to the senior team. The move paid off for both sides as Albon consistently finished in the points while the Frenchman rediscovered his form with the Faenza-based outfit.

At the chaotic Brazilian GP, Gasly secured the team's third podium finish after fending off Lewis Hamilton to the finish line to finish second, while Kvyat's point in Abu Dhabi was the team's 500th. Toro Rosso ended the year sixth with 85 points, just six back of Renault. 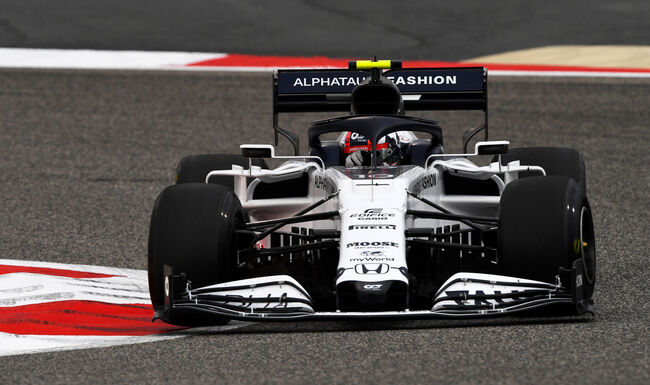 Toro Rosso were rebranded as Scuderia AlphaTauri ahead of the 2020 F1 season in order to promote Red Bull's fashion table of the same name.

Kvyat and Gasly made up the team's driver line-up, with the Frenchman scoring points at the season-opening Austrian GP. The rebranded outfit scored their first podium and first win at the Italian GP. Gasly took his first career win ahead of Sainz and Lance Stroll, becoming the first French driver to win since Olivier Panis took the 1996 Monaco GP. It also marked the first time since the 2012 Hungarian GP that a Red Bull, Mercedes or Ferrari driver failed to make the podium.

AlphaTauri ended the year with 107 points, just 24 back of Ferrari for sixth in the standings. While Gasly was retained for the 2021 campaign, Kvyat was replaced by Yuki Tsunoda. 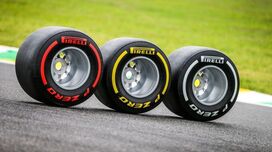 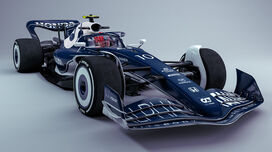 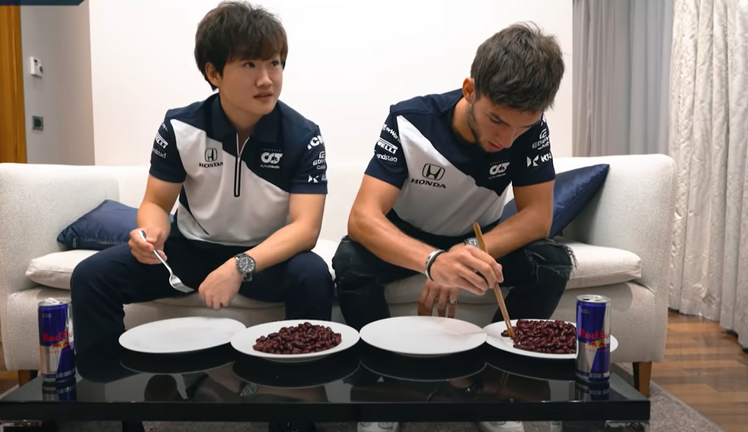 Video
Video: Get your sweat on with Gasly's Imola preparations
23 April 2021
0 comments