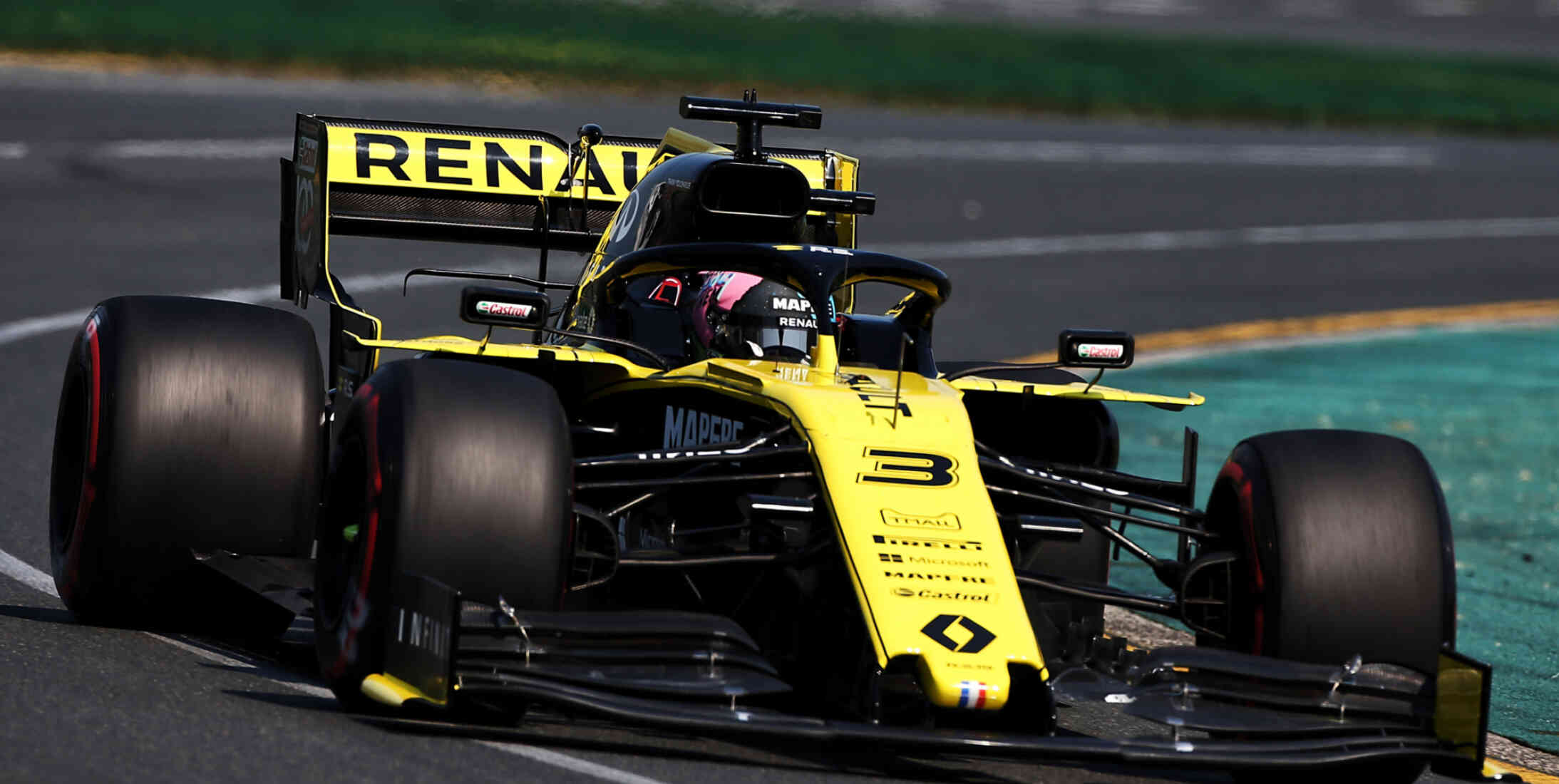 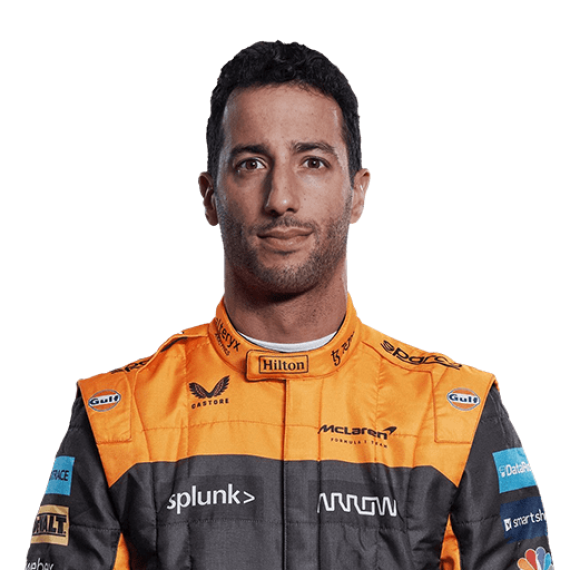 After mixed fortunes in his debut year with McLaren, eight-time race winner Daniel Ricciardo will be hoping to continue his progression in the 2022 Formula 1 season.

Born in Australia, Daniel Ricciardo turned to karting at the age of nine and slowly climbed the ranks, participating in multiple series before winning the British Formula 3 Championship in 2009.

Known to many as the 'Honey Badger' given his fuzzy demeanour but feisty driving style, Ricciardo grew up as a big fan of NASCAR legend Dale Earnhardt, adopting the number 3 as his racing number in honour of him.

How did Ricciardo make his way from Perth to F1? Here is everything you need to know about the life of Daniel Ricciardo.

Ricciardo made his first appearance in an F1 car during a young driver test at Jerez in December 2009 for Red Bull. He finished the day at the top of the timesheets, earning him the role of test and reserve driver for Red Bull and sister team Toro Rosso alongside Brendon Hartley, until the New Zealander was removed from the Red Bull Junior Team.

Confirmed as Toro Rosso's reserve for 2011, Ricciardo soon found his way onto the Formula 1 grid. Hispania Racing brought him in midway through the season to replace Narain Karthikeyan for the remaining races, barring the Indian Grand Prix.

Ricciardo made his debut at the 2011 British Grand Prix, and even took part in the inaugural Indian GP after Red Bull paid the Spanish team in order to help his learning curve. As a result, it was Vitantonio Liuzzi that made way for Indian driver Karthikeyan.

Ricciardo's performances eventually earned him a seat alongside Jean-Eric Vergne at Toro Rosso for the 2012 season, and he took his first World Championship points at his home race in Australia. He would finish in the points at another five races, ending the season with 10 points.

The 2013 F1 season saw Ricciardo demonstrate his potential, outscoring Vergne 20 to 13 while outqualifying his teammate in over three-quarters of the races that year. It was enough for Red Bull to deem him worthy of a call-up to the senior team, where he replaced fellow countryman Mark Webber.

Stepping up to Red Bull

Partnering four-time World Champion Sebastian Vettel, Ricciardo qualified second behind Lewis Hamilton in his first race of the season. To the delight of the home fans, he finished second in the race despite late pressure from rookie Kevin Magnussen.

Unfortunately for Ricciardo, the result wouldn't stand. He was disqualified after his Red Bull was deemed to have exceeded the mandated hourly fuel flow rate limit. Although the team filed an appeal, the FIA decision was upheld, ending Ricciardo's hopes of becoming the first Australian to finish on the podium at home since the event became a part of the World Championship in 1985.

After failing to finish in Malaysia, Ricciardo scored his first points of the season in Bahrain. He took that to the next level in Canada, becoming the fourth Australian after Jack Brabham, Alan Jones and Mark Webber to win a race, ending Mercedes' run of six straight victories in 2014 in the process.

He added a second win in Hungary, despite finding himself third behind Fernando Alonso and Hamilton with fewer than four laps remaining. However, after getting past the Mercedes and the Ferrari, Ricciardo went on to claim victory by more than five seconds. He made it back-to-back wins in Belgium, and he ended the season as the only non-Mercedes driver to win a race in 2014.

Having outperformed his more illustrious teammate Vettel all season, the German headed to Ferrari and Daniil Kvyat took his place at Red Bull. Ricciardo ended the season third in the Drivers' Championship, and took home the Laureus World Sports Award for Breakthrough of the Year.

Ricciardo and Red Bull's title ambitions failed to materialise in 2015, as the Milton Keynes-based outfit slipped behind Ferrari and Williams in the pecking order. This was in large part due to struggles with the Renault power unit, which had been out-developed by Mercedes and Ferrari.

As a result, the RB11 only looked up to the challenge at high-downforce tracks or in the rain. Ricciardo's best result in the early part of the season came around the streets of Monaco, finishing fifth while also registering the fastest lap of the race.

It wasn't until Hungary, the 10th Grand Prix of the season, that he secured his first podium finish of the year in third. It could have been more had Ricciardo not collided with Nico Rosberg while trying to chase down eventual race-winner Sebastian Vettel.

A second and final podium finish came in Singapore, with Vettel once again taking the chequered flag.

In the end, Ricciardo finished eighth in the Drivers' Championship with 92 points, three fewer than teammate Kvyat. However, Ricciardo showed he certainly had the upper hand when it came to single-lap pace, outqualifying his teammate 14 to 5.

Ricciardo and Red Bull back on form

Red Bull entered 2016 with a much more competitive package, and it showed immediately. Back-to-back fourth-place finishes in Australia and Bahrain were followed by the second-fastest time in qualifying for the Chinese Grand Prix. Ricciardo led early on before suffering a blown tyre, which consigned him to another fourth-place finish.

Max Verstappen became Ricciardo's new teammate at the Spanish Grand Prix, an event that the Dutchman won while the Australian had to settle for fourth after a late tyre blowout. Despite taking pole in Monaco, a slow pit-stop ended his hopes and handed victory to Lewis Hamilton.

Podium finishes followed in Hungary and Germany, with Ricciardo introducing a new celebration - the shoey - where he drank out of his shoe. The gesture appeared in Belgium as well, where Ricciardo came second, and he was joined by podium interviewer Webber.

Ricciardo's lone win of the season came in Malaysia, taking advantage of Hamilton's engine failure to take the chequered flag. He ended the year third in the Drivers' Championship.

The 2017 season saw Ricciardo record his fifth career victory at the Azerbaijan Grand Prix, despite qualifying down in 10th. The Australian was positioned for a fourth-place finish in the Drivers' Championship thanks to a run of five straight podiums between the Spanish and Austrian Grands Prix, along with another three between Singapore and Japan.

However, retirements at three of the final four races saw him drop to fifth in the final standings.

Things didn't improve all that much in the following season, though Ricciardo took the chequered flag in China and Monaco. The latter saw him hold off the Ferrari of Vettel despite having to manage a loss of power throughout the race.

In the end, Ricciardo retired from eight Grands Prix, tied for the most DNFs in the 2018 campaign, and he finished sixth in the Drivers' Championship.

In August 2018, it was announced that Ricciardo would be leaving Red Bull after signing a two-year contract with Renault.

Renault and move to McLaren

Partnered with Nico Hulkenberg, Ricciardo's Renault adventure started off poorly with back-to-back retirements at the beginning of the season. In Azerbaijan, the Australian reversed into former teammate Daniil Kvyat, forcing both drivers to retire, whilst his best finish of the season came in Italy with a fourth. Hulkenberg finished fifth, making it Renault's best result since the team's return to Formula 1 in 2016.

In the end, Riccardo finished down in ninth place in the championship, but ahead of Hulkenberg.

Ricciardo was joined by a new teammate in 2020 as Hulkenberg was replaced by Esteban Ocon. Although Ricciardo retired from the opening race of the season, he followed it up with three straight points finishes, including fourth at the British Grand Prix.

An 11-race points-scoring streak started in Belgium and included third-place finishes at the Eifel and Emilia Romagna Grands Prix. The former was Renault's first podium since the 2011 Malaysian Grand Prix, and Ricciardo's first since his win at Monaco in 2018.

Although Ricciardo ended the season fifth in the Drivers' Championship, he opted to leave Renault and signed a deal with McLaren. He joined Lando Norris, with Carlos Sainz moving to Ferrari.

Like several other drivers who had switched teams for the 2021 season, Ricciardo initially struggled to adapt to his new car, and was outperformed by teammate Norris.

The Australian seemed to have some particular difficulties in qualifying. At the third race of the season in Portugal, Ricciardo failed to make it out of Q1, and lined up 16th on the grid.

Monaco - a track where Ricciardo had previously won - proved to be a challenging weekend too, with the McLaren driver failing to progress from his grid position of 12th. The poor result left Ricciardo mystified by his lack of pace.

There were a series of ups and downs for Ricciardo in the races that followed, but things seemed to turn a corner after the summer break in August.

This became evident at the Italian Grand Prix weekend, where Ricciardo performed strongly in Saturday's Sprint race to line up second on the grid for Sunday's main event.

Ricciardo maintained his form in the race and clinched his first win in F1 since 2018. It proved to be a special day for McLaren, as Norris took second, making it a 1-2 finish for the squad.

The win was an emotional one for Ricciardo, though he also acknowledged that there was still progress to be made by himself and the team.

At the next event in Russia, Ricciardo continued his good run by finishing fourth. However, this was followed by some more challenging weekends in the latter half of the season, including a particularly difficult series of races in November's triple-header of Mexico, Brazil and Qatar.

A fifth place came at the penultimate Grand Prix of the year in Saudi Arabia, but Ricciardo finished outside of the points in 12th at the season-closing Abu Dhabi Grand Prix.

Overall, the Australian finished the 2021 World Championship in eighth with 115 points, whilst teammate Norris scored 160 points to secure sixth.

What can 2022 bring for Ricciardo?

In 2022, Ricciardo will enter into his second season with McLaren in Formula 1. He has admitted that he needs to make "another step" in order to improve.

During the winter break, Ricciardo revealed plans to return to Australia, having not had a chance to visit his family for a long time due to restrictions from the coronavirus pandemic. This trip would involve spending two weeks in quarantine.

With the driver having signed a multi-year deal with his team, it will be interesting to see how the second year with McLaren pans out for Ricciardo.