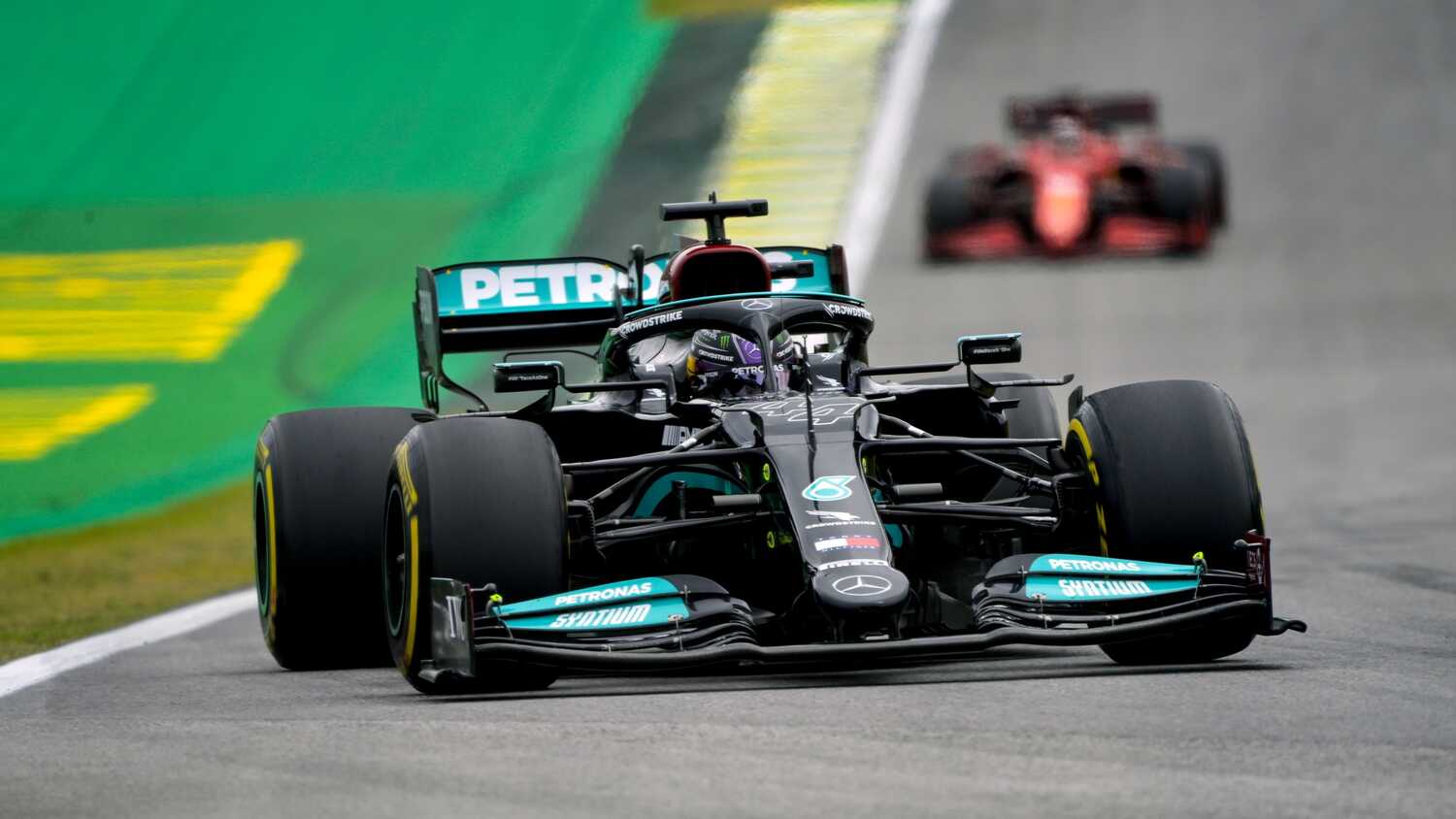 There's been a big change to the starting grid for today's 24-lap Sprint after the stewards handed out their penalty verdicts for Lewis Hamilton and Max Verstappen.

Hamilton has been dropped to the back of the grid after being excluded from qualifying for a Drag Reduction System (DRS) breach.

Meanwhile, Verstappen has been promoted to P1, as the Red Bull driver was handed a €50,000 fine for touching Hamilton's rear wing in parc ferme, and thus, breaching the FIA International Sporting Code.

With plenty of drama having already taken place this weekend, what does today's Sprint race have in store?

Below you'll find the live timing and our live blog. The times refresh automatically during the session, so you are always up to date.

In the blog we will provide you with the latest news and developments during the Sprint race at Interlagos. You can easily switch between live timing and the live blog below.