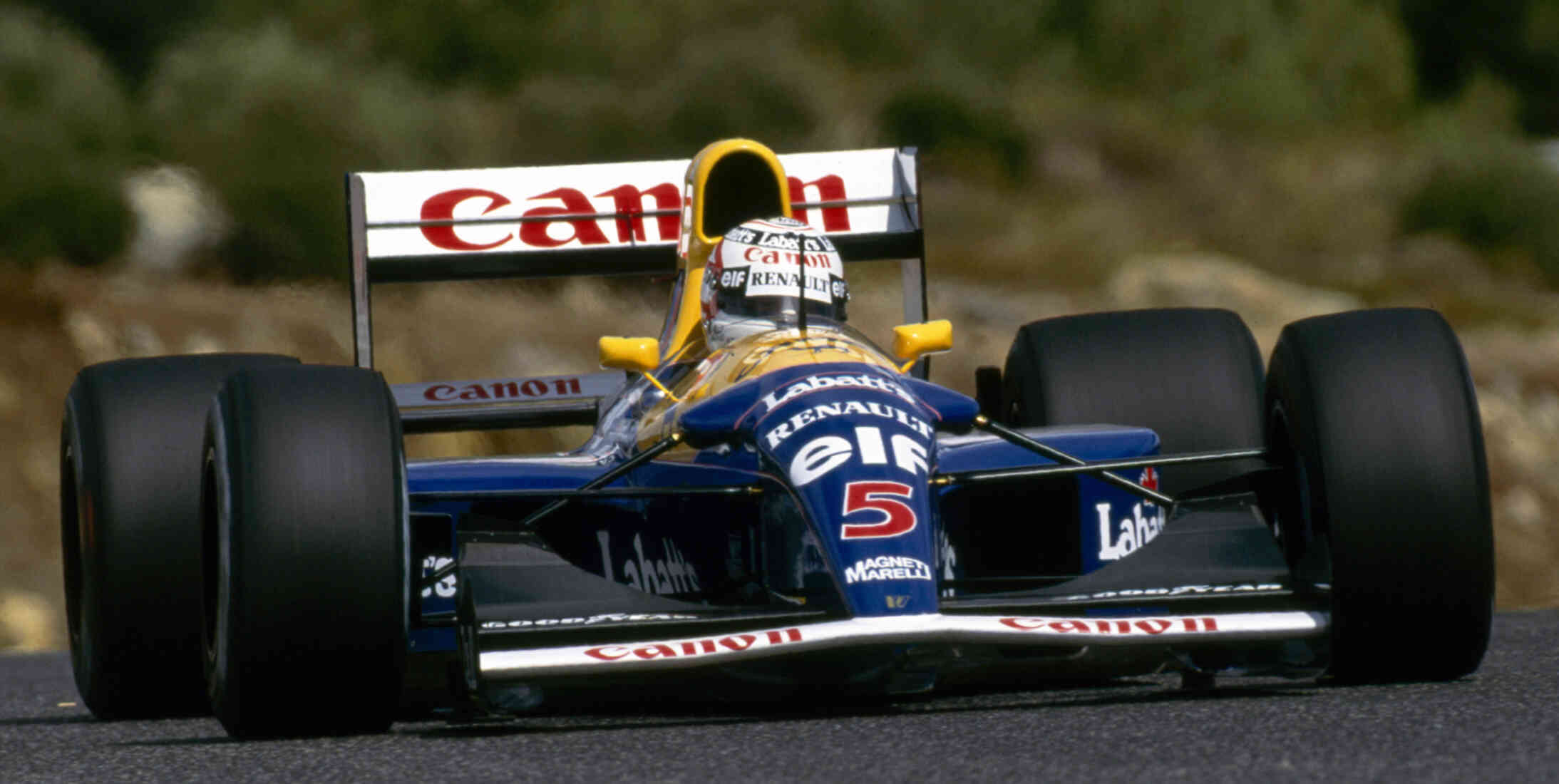 One of the United Kingdom’s most famous championship winning drivers, Nigel Mansell had a successful and eventful Formula 1 career in the sport spanning from 1980 until 1995. Mansell became F1 World Champion with the Williams team in 1992, and won a total of 31 races.

Born on August 8, 1953 in Upton-upon-Severn near Birmingham, England, Nigel Mansell started racing in British Formula Ford at the age of 15. He went on to compete in Formula 3 in 1978 and 1979, where his talent was noticed by Lotus team principal Colin Chapman. The Briton was hired as test driver before going on to join the Formula 1 outfit’s main line-up in 1980.

Mansell made his Formula 1 debut at the 1980 Austrian Grand Prix, but suffered painful burns after a fuel leak in the cockpit. He secured his first podium finish at the 1981 Belgium Grand Prix, but the following year the Brit was left devastated by the death of Colin Chapman.

Mansell later wrote in his autobiography: “It was as if the floor disappeared beneath me, part of me died with him. I had lost a family member.” Following Chapman’s death, Mansell’s relationship with the Lotus team deteriorated and he left to join Williams in 1985.

After 71 race starts, Mansell took his first Formula 1 victory at the 1985 European Grand Prix at Brands Hatch and made it back-to-back wins by securing first place at the Kyalami Circuit in South Africa.

The Williams car looked impressive for the 1986 season and many tipped Mansell as a favourite for the title. He earned five victories and went into the final race of the season as a World Championship contender along with Alain Prost and Nelson Piquet. Bad luck hit Mansell when he least needed it though when he was unable to secure the third place required for the title after his tyre exploded, allowing Prost to take the crown.

The Brit won six more races in his third season at Williams, including one of his most famous and emotional wins at the British Grand Prix held at Silverstone. The 1988 season proved to be a dramatic one for Mansell, with the driver retiring from 12 out of 16 races.

Nigel Mansell joined Ferrari in 1989 and was the last driver to be personally signed to the team by the late Enzo Ferrari. On his debut in the red car, Mansell won the Brazilian Grand Prix and went on to secure one more victory and five podiums throughout the rest of the season.

Mansell remained with the team in 1990 and during his two year stint was much loved by the Tifosi, who nicknamed the Briton “Il Leone” (The Lion) thanks to his aggressive driving style.

Despite previously announcing he would retire at the end of the 1990 season, Mansell made a U-turn and returned to Williams in 1991. He won five races but lost out on the title to Ayrton Senna.

The 1992 season saw Mansell dominate though, with a record nine victories out of 16 rounds as well as 14 pole positions, and the Briton finally became World Champion. However, grievances within the team - including the decision to sign Prost for the 1993 season - led Mansell to again announce his retirement. He left Formula 1 and went on to compete in IndyCar in 1993.

In 1994, Nigel Mansell was persuaded to make a comeback at Williams for four races following the tragic death of their driver Ayrton Senna. Whilst teammate Damon Hill fought against Michael Schumacher for the title, Mansell didn’t fare so well to begin with and notched up two DNFs. But in his final appearance for the team, the Briton won the Australian Grand Prix after taking pole position.

Mansell went on to sign for McLaren in 1995, but after just two races in a challenging car he decided to walk away from Formula 1.