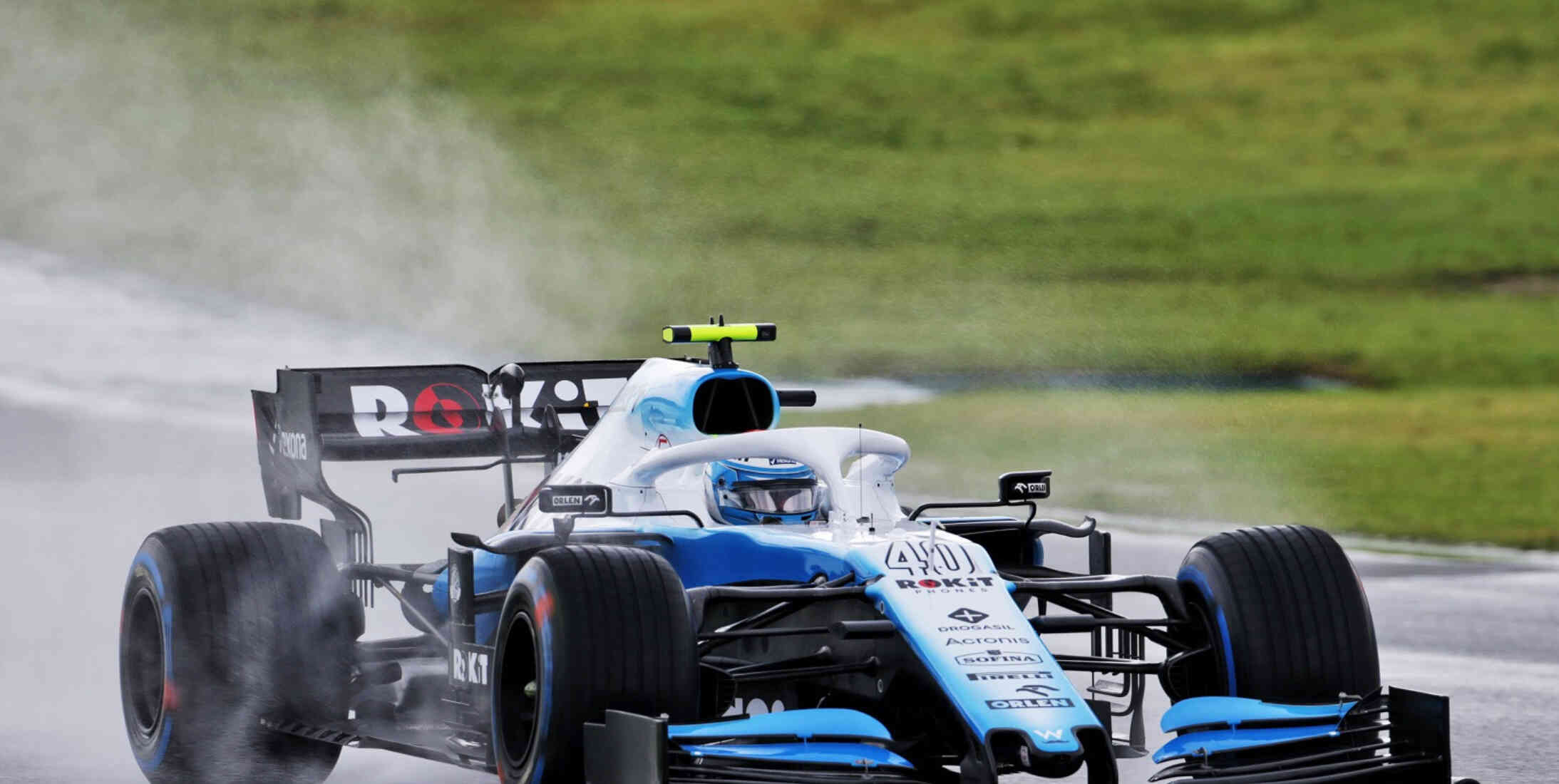 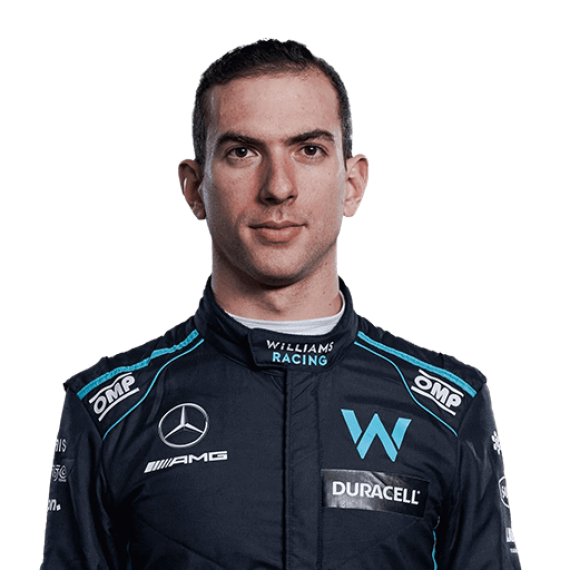 2022 will mark Nicholas Latifi's third season in Formula 1, as he continues for another year with the Williams team. The Canadian will be joined by a new teammate in the form of Alex Albon.

Nicholas Latifi didn't begin his career in motorsport until the age of 13. Whilst it may have been later than most of his peers, it didn't prevent him from becoming a full-time F1 driver 11 years later.

Son of Michael Latifi, an Iranian-Canadian businessman who is the CEO of Sofina Foods, the Canadian made his way to the series after finally putting things together in Formula 2 in 2019, finishing runner-up to Nyck de Vries in the final standings.

Now going into his third F1 season, Latifi will be hoping to continue to progress, as well as helping the Williams team to move forwards up the grid. Here's everything you need to know about Nicholas Latifi.

Latifi's karting career began at the relatively late age of 13 in 2009. Finishing runner-up in the Rotes Junior class of the Canadian National Karting Championship, he continued competing in Martin until 2012, when he won the Florida Winter Tour Championship in the Rotes DD2 class. He made one last appearance in the Shifter ROK class of the Florida Winter Tour in 2015.

The Canadian's single-seater debut came at the 2012 Italian Formula 3 Championship with BVM, where he finished the season in seventh place. The following year, Latifi took part in the Toyota Racing Series and ended up ninth.

Latifi took part in a full F3 European Championship season for Carlin in 2013, finishing the campaign in 15th with his best result - a fifth place - coming both at Silverstone and the Red Bull Ring. He also competed in the British Formula 3 International Series and the 2013 Masters of Formula 3 race, finishing fifth and seventh respectively.

A move to Prema Powerteam alongside Esteban Ocon followed for the 2014 European Formula 3 season, with Latifi finishing 10th after missing the final round due to participating in Formula Renault 3.5. The Canadian took part in the final three rounds for Tech 1 Racing, finishing second in the final race at Jerez and then moving to Arden Motorsport for a full campaign in 2015. He ended the season 11th in the standings.

After taking part in a few races for Hilmer Motorsport in the 2014 GP2 series, and four rounds for MP Motorsport the following year, Latifi got a full-time seat at DAMS alongside Alex Lynn in 2016. His best finish - a second place - came at the opening race in Barcelona. He followed that up with seventh in the Sprint Race, though he only managed two more points finishes en route to 16th place in the standings, over 100 points behind teammate Lynn.

The GP2 Series was rebranded as the Formula 2 Championship in 2017, and Latifi kept his seat at DAMS alongside new teammate Oliver Rowland. The Canadian was much improved following a disappointing 2016 campaign, taking his first podium at the Sprint Race in Barcelona with a third place finish. He claimed his debut victory at Silverstone, marking his first win in any series since 2012. Latifi ended the season in fifth with 178 points, 13 behind Rowland.

Now partnered with Alex Albon, 2018 proved to be a step back for the Canadian. After a podium in Baku, Latifi claimed his second F2 win at Spa-Francorchamps. However, he ended the season ninth with 91 points, a full 121 behind teammate Albon.

A fourth season with DAMS followed in 2019, this time alongside Sergio Sette Camara. Latifi took the chequered flag at three of the opening five races, leading the championship by 30 points over third-placed Nyck de Vries. However, the Dutchman closed the gap to just one point after Latifi could only finish 12th and 10th in Monaco. The Canadian soon found himself trailing and, while he took victory at the Feature Race in Hungary, he finished runner-up to De Vries in the final standings.

Latifi signed on as Renault's test driver for the 2016 season, completing 140 laps in the Renault-powered Lotus E20 in May of that year in what was his first taste of Formula 1. He would have to wait a full year to experience a car that was in-use, driving a Renault R.S.17 for 141 laps around the Circuit de Barcelona-Catalunya.

Force India hired Latifi as their test and reserve driver for the 2018 season, and he made his Grand Prix weekend debut during Free Practice 1 of the Canadian Grand Prix. He made another four FP1 appearances during the season. Latifi took on the same role for Williams in 2019, taking part in six FP1 sessions throughout the year.

The team promoted Latifi to a full-time seat in 2020, replacing Robert Kubica as George Russell's teammate. He made his debut at the Austrian Grand Prix, finishing in 11th place after nine cars retired, and he qualified 15th for the Hungarian Grand Prix, marking the only time that he made it through to Q2 all season.

Latifi's first retirement came at the Tuscan Grand Prix, when he was part of a multi-car accident after the Safety Car restart. In the end Latifi finished his debut season 21st in the Drivers' Championship, as he and Williams finished the campaign without a point.

Despite the disappointing maiden F1 campaign, Williams kept Latifi alongside Russell for the 2021 season.

Latifi's second season in Formula 1 didn't get off to the best start, with a DNF at the season-opening race in Bahrain followed by another non-finish at the Emilia Romagna Grand Prix following contact with the Haas of Nikita Mazepin.

The Canadian eventually scored his first points in F1 at the Hungarian Grand Prix by finishing P7. It proved to be an emotional day for the Williams team, as Russell also claimed his debut points for the Grove-based squad.

Latifi went on to take another point at the rain-affected Belgian Grand Prix. The torrential weather conditions resulted in the event only running for one full lap behind the Safety Car, and half points were awarded as a result. Latifi finished in ninth, meaning that he earned one point from the weekend.

The latter stages of the year proved to be challenging for Williams, and there were no further points finishes for Latifi, whose next-best result was a P11 at the Italian Grand Prix.

It was at the season-closing Abu Dhabi Grand Prix that Latifi hit the headlines for all the wrong reasons. The Canadian crashed out of the race just a few laps from the end, which then triggered a Safety Car period. This dramatically affected the title battle between Max Verstappen and Lewis Hamilton, with Verstappen able to pit for fresh tyres and overtake Hamilton on the last lap, handing the Dutchman the World Championship.

Following the controversial events, Latifi revealed that he had received "hate, abuse and even death threats" on social media.

The Williams driver finished the 2021 campaign in 17th in the World Championship, with seven points to his name. He and Russell also helped Williams to secure eighth in the Constructors' Championship, a step forward from the squad's pointless 2020 season.

A third year with Williams in 2022

Latifi will continue with the Williams outfit into his third year in Formula 1. He is joined by a new teammate in the form of Alex Albon, with the Thai driver replacing the Mercedes-bound Russell.

Albon returns to the grid following a year on the sidelines as Red Bull's test and reserve driver, and Latifi believes that they will each push each other hard.

The Canadian has also praised Jenson Button's input, as the former F1 driver continues in his role as a senior advisor to Williams.