Valtteri Bottas claimed victory in the Sprint Qualifying race at Interlagos, getting the better of Max Verstappen. Check out the full results of the F1 Sprint in Sao Paulo below. 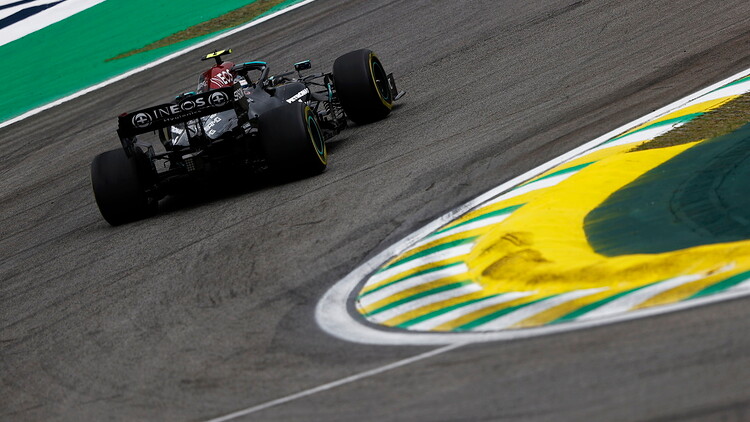 Valtteri Bottas beat Max Verstappen to victory in the Sprint Qualifying race ahead of the Sao Paulo Grand Prix.

With Hamilton sent to the back of the grid, Verstappen and Bottas formed the front row for Saturday's 24-lap encounter. As the lights went out, Bottas put his Soft tyres to good use at the start to grab the lead from the Medium-shod Verstappen, initially pulling clear.

Verstappen closed back in as the race developed, as his more durable tyres came to the fore, but Bottas held on to take the win and pole position for Sunday's main event, with Carlos Sainz claiming third for Ferrari after a battle with the other Red Bull of Sergio Perez.

Hamilton delivered an impressive recovery drive from the back, steadily working his way up to fifth position by the chequered flag with a series of decisive overtakes. He will drop back to 10th on the grid for the Grand Prix, given his five-place engine change penalty.

The full results from Sprint Qualifying for the Sao Paulo GP can be seen below.