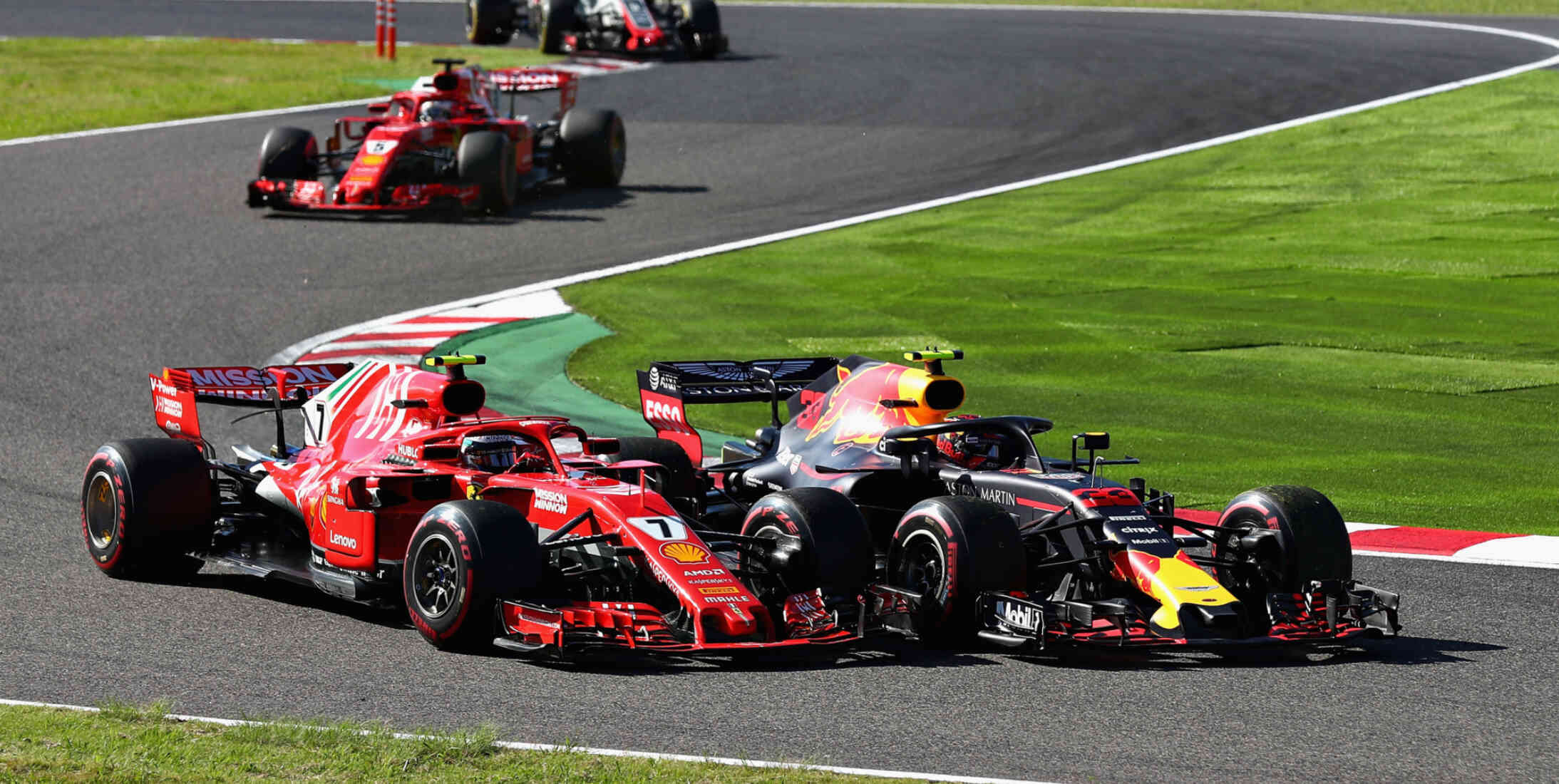 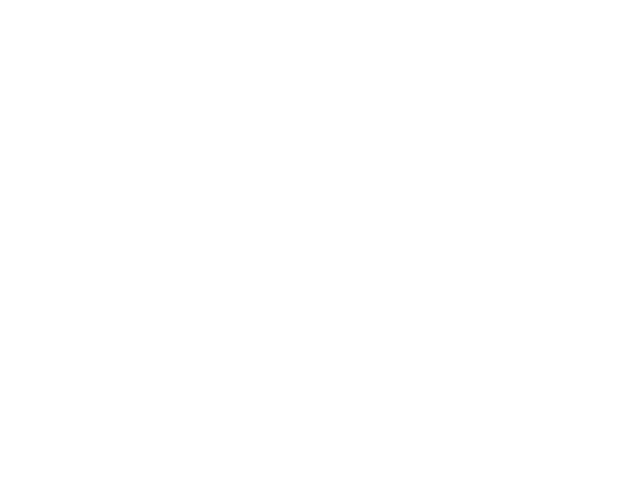 Traditionally held towards the end of the season, the Japanese Grand Prix has seen 13 World Champions crowned at the venue.

The race has taken place at the iconic Suzuka Circuit since 1987, a venue much loved by many drivers. Highlights of the high-speed track include the 'S' Curves, the 130R corner and the Degner Curve, as well as its famous crossover.

These elements also pose quite a challenge for the driver, hence the track's popularity.

The origins of the Japanese Grand Prix can be traced back to 1963, though the Grand Prix was catered towards sportscars.

The first F1 Japanese Grand Prix dates back to 1976 when the series visited the Fuji Speedway. As has often been the case throughout its history, the race decided who would take the title between James Hunt and Niki Lauda.

Adding to the drama was the monsoon conditions, and Lauda - who had only survived a near-fatal crash in Germany months earlier - decided to retire early on.

The Austrian stated that his life was more important than the title, with Emerson Fittipaldi and Carlos Pace joining him. Hunt continued on and, when the rain stopped, climbed from fifth to third to win the championship by one point over Lauda. Mario Andretti took victory in the race, the second of his career, ahead of Patrick Depailler.

Hunt won the following year, but unfortunately the race is remembered for a collision between Gilles Villeneuve and Ronnie Peterson that saw the Canadian's Ferrari somersault into a restricted area, tragically killing two spectators.

Initially included in the 1978 calendar, the Japanese Grand Prix was subsequently cancelled and didn't return for another decade.

When it did make its comeback, the race was moved to a different venue, with the redesigned and revamped Suzuka Circuit now hosting the event. Set inside a funfair, the circuit was designed by John Hugenholtz and owned by Honda, and is known for its figure-eight layout. The demanding track quickly became a favourite amongst drivers and fans.

The 1987 Japanese GP was another dramatic affair. Nigel Mansell crashed his Williams heavily in practice, aggravating an old back injury he had picked up during his Formula Ford days.

As a result, he was unable to start the race, handing the title to Nelson Piquet, which became the third and final of his career. The Grand Prix was won by Ferrari's Gerhard Berger, marking the Scuderia's first win since 1985.

The 1988 edition of the race played host to another title decider.

McLaren teammates Alain Prost and Ayrton Senna were locked in a close battle for the title, having won every race except the Italian Grand Prix, which was McLaren's only double retirement of the season.

Senna actually got off the line poorly, stalling on the grid before getting his car to start on the sloped pit straight. With Prost out front in the lead, Senna found himself down in 14th before the rain turned the race on its head.

The wet-weather specialist Senna made his way up to second and eventually passed Prost, who had developed a gearbox problem, and consequently the Brazilian won the race along with his first Drivers' Championship.

Another dramatic end to the season saw Senna and Prost once again battling it out for the World Championship in 1989, with the two drivers having won a combined 10 of the 14 races before travelling to Japan.

What played out was one of the most memorable races in Formula 1 history. The relationship between the two teammates had deteriorated to the point that it was virtually non-existent. Prost entered the race 16 points ahead of Senna, meaning the Brazilian had to win to keep his championship hopes alive.

Senna qualified on pole, with Prost second. The Frenchman got the better start off the line, and the two pulled away from the rest of the grid. It all came to a head on Lap 47, with Senna attempting an audacious pass at the Casio chicane. Prost turned in, with the two cars interlocked as they slid off track and up the escape road.

While Prost got out of his car immediately, Senna asked a group of marshals to push his McLaren back on track. Senna rejoined, still leading the race, but lost the lead to Alessandro Nannini after pitting.

Senna eventually caught and passed the Italian, taking the chequered flag - or at least, so he thought, as the Brazilian was later disqualified for bypassing the chicane. This handed the title to Prost.

The rivalry continued at the 1990 race. Prost, now racing for Ferrari, trailed Senna heading into the penultimate race in Japan. Senna took pole and later saw an attempt to have the position moved to the cleaner side of the track dismissed by FISA President Jean-Mari Balestre.

Prost was quicker off the line but, just like the year before, he and Senna collided yet again, this time at Turn 1. On this occasion it was Senna who refused to leave space for the Frenchman, with both cars sent into the gravel trap at 260km/h.

Neither driver was hurt, and Senna clinched his second title as a result of the incident. Given that Prost wasn't punished for the 1989 collision, nothing was done to Senna either, with the accident being declared a 'racing incident'. Nelson Piquet won for Benetton, his first win in three years.

Senna won his third title at the 1991 race after Nigel Mansell went off at the first corner on Lap 10, with the Brazilian's teammate Gerhard Berger winning the race.

The 1992 Japanese Grand Prix was won by Riccardo Patrese, with Mansell having clinched the World Championship in the dominant Williams in Hungary. Senna won the following year, marking the 40th victory of his career at that point, though the race is perhaps better remembered for the Brazilian going on to punch newcomer Eddie Irvine after the Northern Irishman tried to unlap himself.

Damon Hill won the 1994 event ahead of Michael Schumacher in wet conditions. This is the last time in F1 history that a race was split into two parts due to race stoppage, with the final classification decided by aggregate time.

Hill was again victorious in 1996, clinching the World Championship after teammate and title rival Jacques Villeneuve retired due to losing a wheel on Lap 37. Schumacher won for Ferrari in the following year, while the 1998 race saw the German battle it out with Mika Hakkinen for the World Championship. Schumacher claimed pole position, but incredibly stalled on the grid, forcing him to start from the back.

Schumacher's attempted fight back was halted on Lap 28 when he punctured his right rear tyre, leaving Hakkinen to take victory and the Drivers' Championship.

Hakkinen won again in 1999 to clinch his second title, this time beating Ferrari's Eddie Irvine to the top spot. The Scuderia's long wait for a World Championship - having last won in 1979 - finally came to an end at the 2000 Japanese Grand Prix, as Schumacher took the chequered flag to seal his third title.

Ferrari won the Japanese Grand Prix every year between 2000 and 2004, with Schumacher winning four of them whilst Rubens Barrichello took the other victory in 2003. The Brazilian's win came in a race that saw Schumacher finish eighth, which was enough to clinch his sixth Drivers' Championship.

In the 2005 event, Kimi Raikkonen made his way up from 17th to first, passing Giancarlo Fisichella on the final lap to take the win, while an engine issue ended Schumacher's push for an eighth title the following year, with Fernando Alonso going on to win the race and the championship.

In 2006, the FIA announced that future Japanese Grands Prix would be held at the redesigned Fuji Speedway. In the following year it was confirmed that Fuji would alternate with Suzuka, starting from 2009 onwards.

Lewis Hamilton won the 2007 race at Fuji in a torrential downpour, with Heikki Kovalainen and Kimi Raikkonen rounding out the podium. It was the first time that two Finnish drivers had finished on the podium together.

Fernando Alonso won the 2008 race for Renault after both title-contending McLarens and Ferraris ran into trouble at the first corner.

In July 2009, Toyota announced that the Japanese GP would not return to Fuji, citing the global economic slump. As a result, the race was moved back to Suzuka, which was given exclusive hosting duties.

Sebastian Vettel and Red Bull dominated the 2009 and 2010 races, with the Milton Keynes outfit recording 1-2 finishes both years. The German clinched his third World Championship by finishing third in 2011, with Jenson Button winning the race for McLaren.

Kamui Kobayashi became the first Japanese driver to finish on a Formula 1 podium in Japan since Aguri Suzuki in 1990 thanks to his third-place finish in 2012, in a race once again won by Vettel.

Vettel took his fourth win in Japan the following year ahead of teammate Mark Webber and Lotus' Romain Grosjean. A typhoon caused problems in 2014, though the race was eventually held. Lewis Hamilton took victory ahead of teammate Nico Rosberg, while Vettel finished third.

Unfortunately the race was marred by tragedy when, on Lap 45, Adrian Sutil's Force India spun off track at the Dunlop Curve. As his car was being removed by a crane, Marussia's Jules Bianchi spun off and crashed into the recovery vehicle. The race was red flagged and Bianchi was taken to a nearby hospital, where he was put into an induced coma. He passed away nine months later due to his injuries.

Mercedes have dominated in Japan in recent times, winning every race since 2014. Hamilton has won on four occasions, and Valtteri Bottas has taken two victories, while Rosberg won in 2016.

Michael Schumacher remains the most successful driver in Japan, winning six editions of the race. He is followed by Lewis Hamilton on five, while Sebastian Vettel slots in just behind both with four.

As for the constructors, McLaren have won the race nine times, with the most recent happening back in 2011. Ferrari, who haven't claimed victory at the event since 2004, sit on seven wins, with Mercedes climbing up the ranks with six, all of which have come since 2014.

Due to the coronavirus pandemic, the 2020 and 2021 editions of the Japanese Grand Prix were cancelled.

Valtteri Bottas won the race in 2019, despite Ferrari having locked out the front row, with Sebastian Vettel taking what was to be his final pole for the Italian outfit.

The German would finish second, followed by Lewis Hamilton in third, Red Bull's Alex Albon in fourth and McLaren's Carlos Sainz rounding out the top five.

When is the 2022 Japanese Grand Prix on the F1 calendar?

The Japanese Grand Prix is scheduled to take place on the weekend of 7-9 October, and is provisionally set to be the 19th race in the 2022 F1 season. The first two free practice sessions will be held on 7 October, with qualifying on Saturday 8 October at 08:00 GMT.

What time does the 2022 Japanese Grand Prix start?

The Japanese Grand Prix starts on Sunday 9 October at 06:00 GMT. The race can be followed live on RacingNews365's live blog and watched on F1 TV.