Max Verstappen made it two wins in a row at the Red Bull Ring, taking the Austrian Grand Prix in style while extending his championship lead over Lewis Hamilton after the Mercedes driver could only finish fourth. 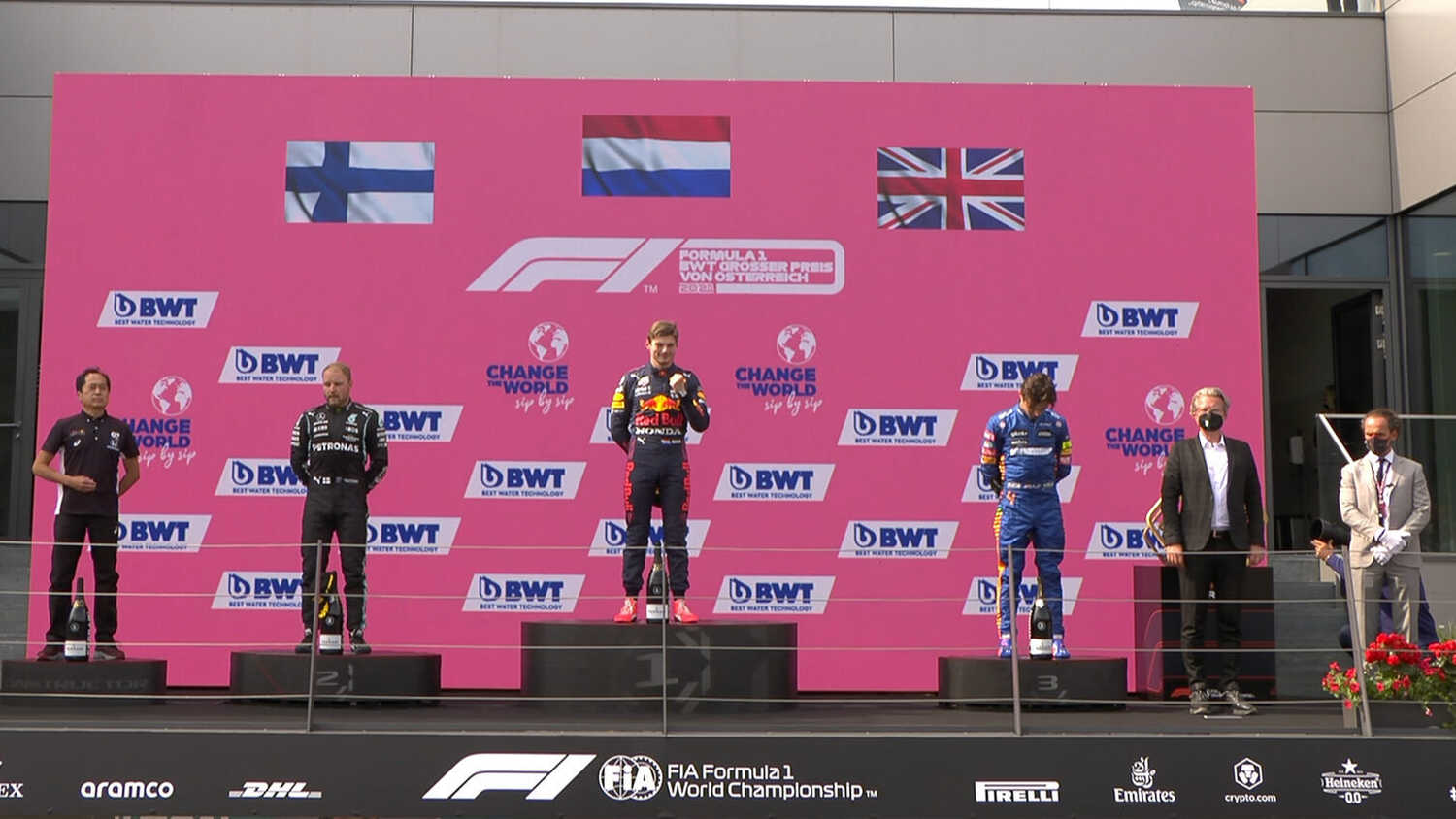 Max Verstappen and Red Bull leave the Red Bull Ring having increased their lead in the championship following yet another dominant display at the Austrian GP.

The Dutchman increased his advantage last weekend after winning the Styrian GP, and that gap has grown even wider after Lewis Hamilton was unable to limit the damage. While Verstappen cruised to his fifth win of the season, the Mercedes driver had to settle for a fourth-place finish.

As a result Verstappen now leads the Drivers' Championship by 32 points over Hamilton, with Sergio Perez, Lando Norris and Valtteri Bottas rounding out the top five.

In terms of the Constructors' Championship, Red Bull's lead over Mercedes has increased to 44 points. Behind them, McLaren sit third with a 19 point advantage over Ferrari.