Did Mercedes give up too easily with Hamilton at the Austrian GP?

It was a move that was perhaps overlooked during Sunday's Austrian Grand Prix, but it was a significant one because it showed that Mercedes will not put everything on the line for Lewis Hamilton. RacingNews365.com investigates the Mercedes' strategy. 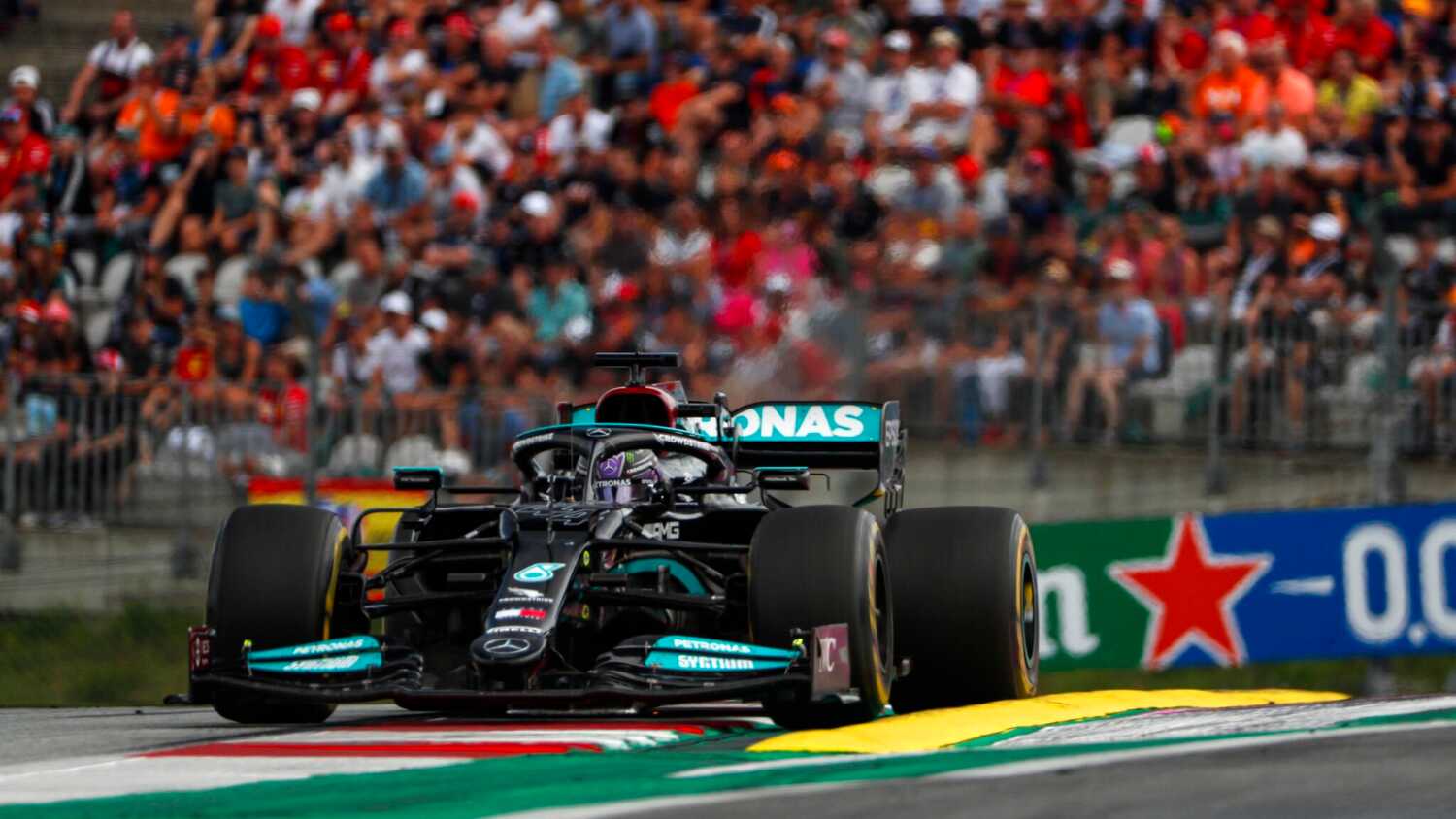 Lewis Hamilton finished fourth at the Austrian GP and he trails Max Verstappen by 32 points in the Drivers' Championship.

Without damage to his floor on lap 30 of the race, which Toto Wolff revealed happened at Turn 10, Hamilton would almost certainly have finished second to limit the damage to Verstappen who had his third consecutive win of the F1 season in the bag.

The damage cost Hamilton up to seven tenths of a second according to the team's trackside engineering director Andrew Shovlin which is why there was a sudden loss of pace.

Mercedes opted to switch positions by putting Valtteri Bottas ahead of Hamilton and in turn it gave Lando Norris the perfect opportunity to overtake the seven-time world champion with a great move down the inside at Turn 6.

Was it a mistake from the world champions?

At the very least, Hamilton should have finished on the podium. For a few laps, Mercedes debated whether they to employ team orders.

During that time, Norris was approximately 2.5 seconds behind Bottas and was definitely not catching at a significant rate.

By the time Bottas overtook Hamilton, the McLaren driver was still more than one second behind and was not threatening.

Mercedes should have kept things as they were with Bottas keeping Norris just out of the DRS threat. Even if Norris eventually was able to get within one second, Bottas could have used DRS by being behind Hamilton to form a DRS train.

In the midfield with Daniel Ricciardo, Charles Leclerc and Sergio Perez they showed that having three or more cars within one second of each other made overtaking very difficult even if you had a pace advantage.

With better tactics, Mercedes could have had second place with Hamilton and third place with Bottas. Instead, they gifted a podium position to Norris.

The worst case scenario, if Mercedes fully backed Hamilton, should have been a top three for the defending champion.

Mercedes should have tried to make Norris work for his moves and even if he managed to get past Bottas, and subsequently Hamilton, surely team orders should have been used to give Hamilton third place rather than Bottas.

After all, their initial strategy of no racing between the Mercedes drivers worked so they could have carried this on. 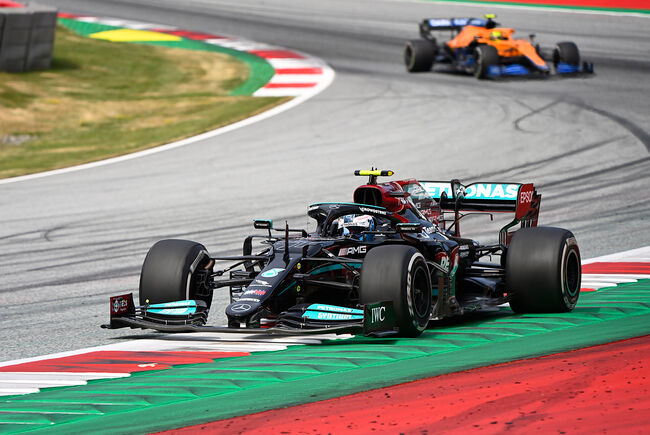 A gift for Norris

Had Mercedes tried the strategy discussed above, there would be a strong chance of Norris' tyres degrading quickly.

The McLaren was very quick on the straights at the Red Bull Ring due to their low downforce setup. However, that brings its own problems as you have less grip in the corners.

If Mercedes managed to keep Norris behind Bottas for another five or more laps, which seemed more than possible given that they were doing similar lap times, then the British driver's Pirelli rubber would have started to wear away and he would become less of a threat as the race progressed. 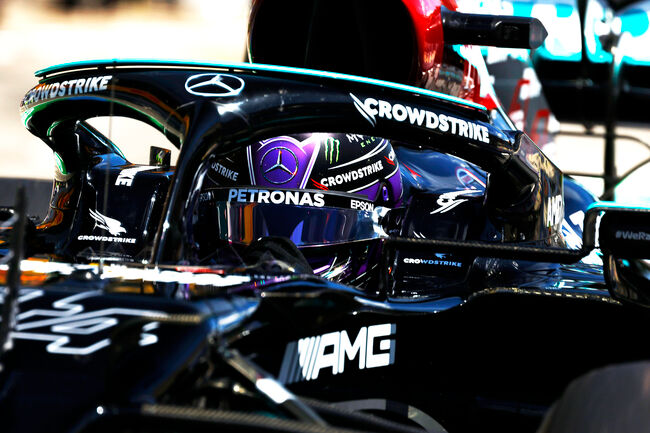 A sign from Mercedes that they are not fully backing Hamilton?

They feared losing second place to Norris, even though it would have taken something spectacular for that to happen, and by sacrificing the successful driver F1 has ever seen.

It's the second clue that Mercedes are not putting all their eggs into one basket for Hamilton. At the French GP, Bottas could have gone for the fastest lap of the race to take it away from Verstappen.

Instead, they tried to stay within five seconds of Perez in case the Mexican received a penalty for an illegal overtake.

Overtaking was not easy at the Austrian GP as the midfield proved. Even Fernando Alonso took 10 laps to get by Williams' George Russell without any DRS train, it was a straightforward two-car battle.

In a title fight which is all about fine margins and picking up every point, Mercedes potentially cost Hamilton a further six points by not going for it and being more aggressive.

The strategy to force Norris to first overtake Bottas, with the Finn following Hamilton, was definitely worth a try. At worst for Hamilton, he would have finished fourth which is exactly where he ended up anyway.