The Mercedes driver set the the pace in Spielberg as the world champions responded to Max Verstappen's dominance earlier in the day. 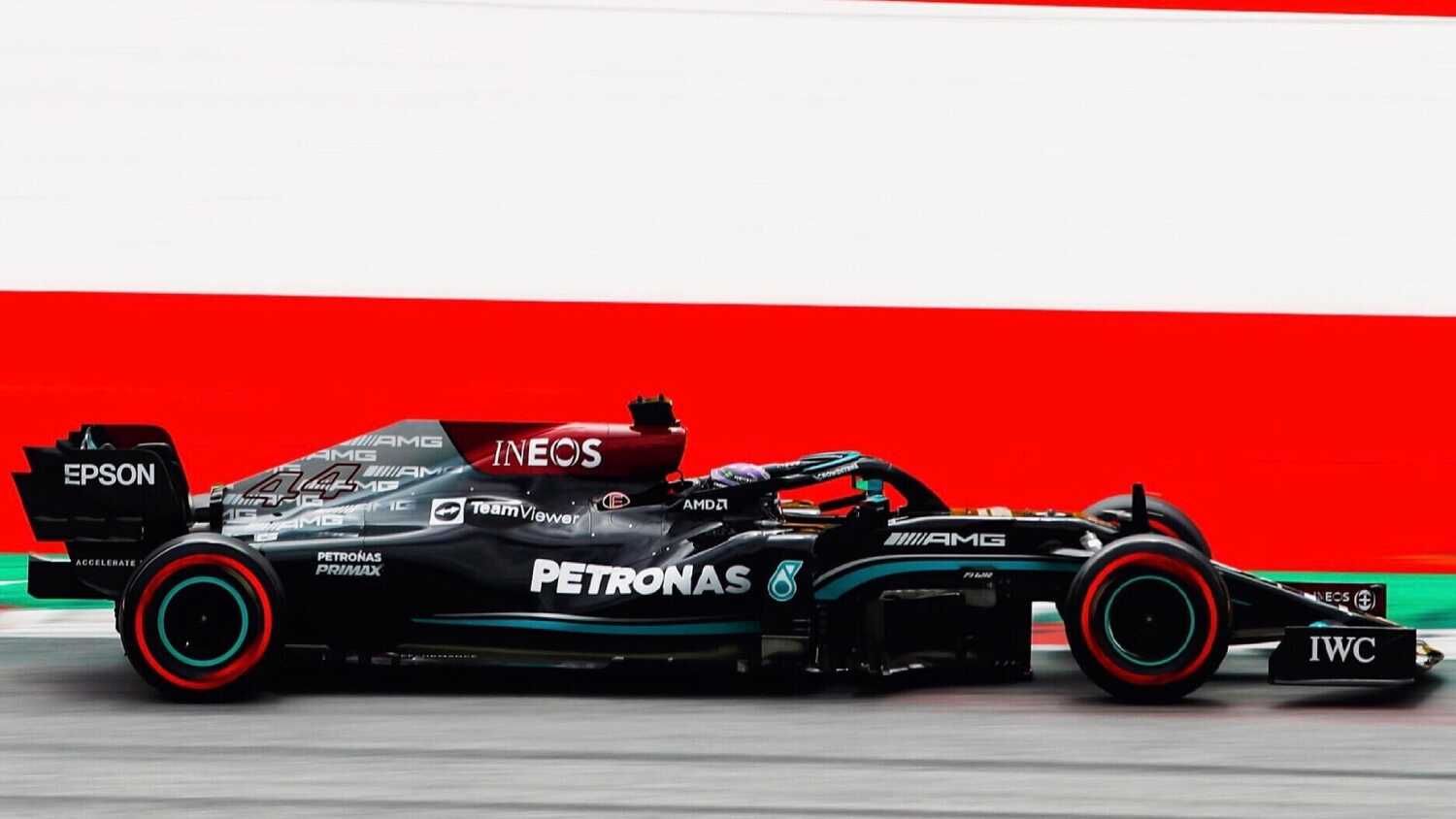 Lewis Hamilton was fastest during the second practice session at the Austrian Grand Prix, leading a Mercedes 1-2 in Spielberg.

Hamilton, who trails Max Verstappen by 18 points in the Drivers' Championship coming into the event, set a 1:04.523 to go 0.189 seconds quicker than teammate Valtteri Bottas.

It was a small surprise, because Verstappen was perilous in FP1 and was fastest on the medium tyre runs. But, the Dutchman was unable to match the Mercedes drivers on outright pace in third place, 0.217 seconds behind Hamilton.

Aston Martin had an excellent afternoon with Lance Stroll in fourth and Sebastian Vettel in fifth as they came alive on the soft tyres. The gap to the front three was quite significant as Stroll trailed Hamilton's lap time by over six tenths of a second.

Alfa Romeo looked strong as Antonio Giovinazzi ended the session in 10th, one place in front of Sergio Perez who struggled with the balance of his Red Bull over one lap.

Rain began to fall halfway through the session as the drivers embarked on their race simulations which hampered the teams' preparation for Sunday as the track was not fully dry and some drivers had some minor excursions, including Hamilton at Turn 4.

Ferrari had a difficult second practice, having had Carlos Sainz and Charles Leclerc in the top three in FP1, as both drivers failed to execute their best lap time on the soft tyres.

Leclerc was down in 16th, after enduring a scary moment at the penultimate corner when he lost the rear of the car at high-speed before gathering it up to carry on, whist Sainz was 13th.

Haas and Williams split the bottom four positions with George Russell in 17th, ahead of Mick Schumacher, Nicholas Latifi and Nikita Mazepin.