Although the Azerbaijan Grand Prix offered a wild finish, there was no change at the top of the Drivers' Championship as Max Verstappen and Lewis Hamilton failed to score points. 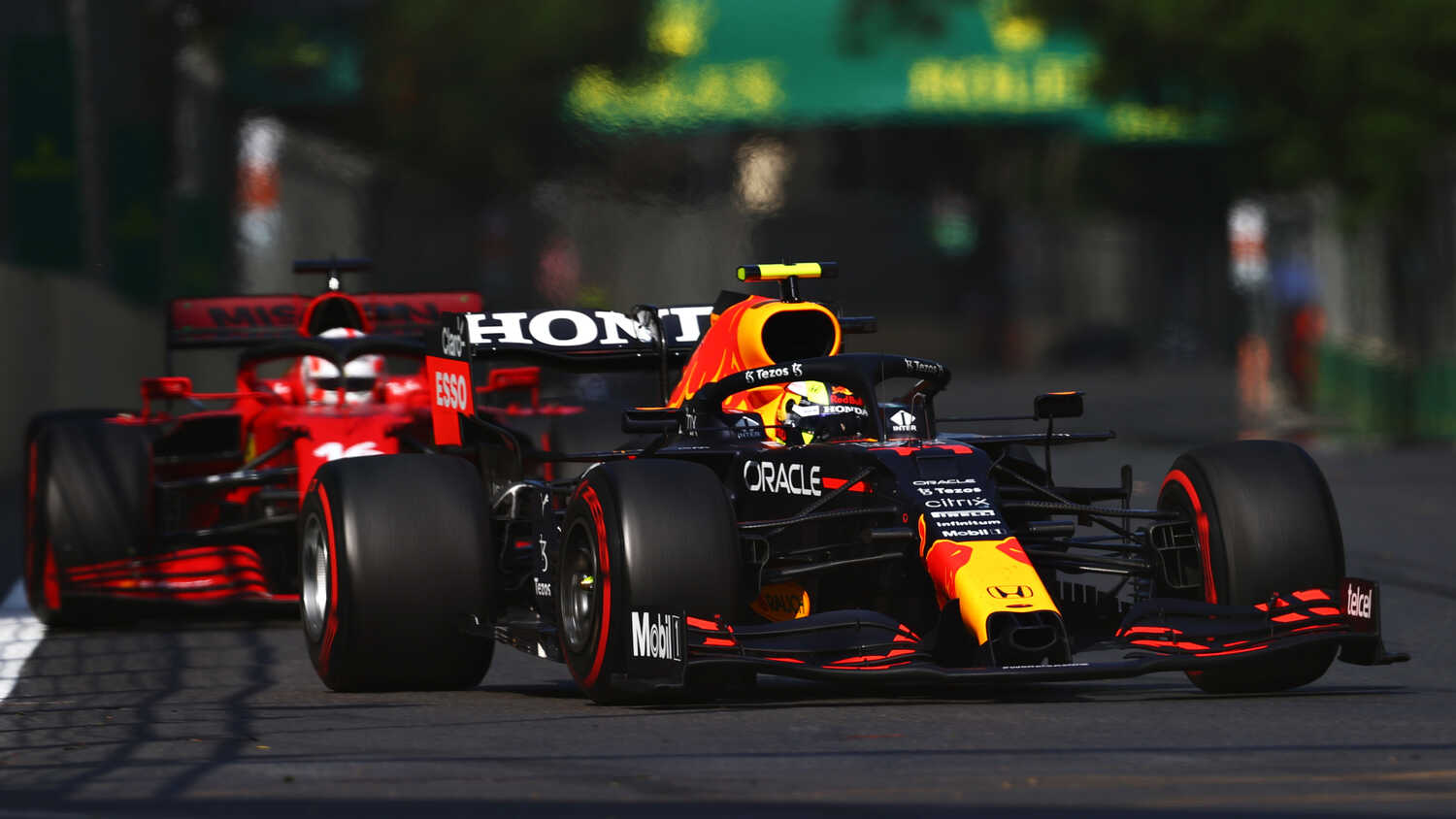 Sergio Perez took the chequered flag at the F1 Azerbaijan Grand Prix to help Red Bull extend their lead in the Constructors' Championship, though the team were set to score more points before Max Verstappen retired with just a handful of laps remaining.

It was all set for a Red Bull one-two in Baku as the Dutchman led most of the race, but a late tyre failure sent him crashing into the wall, opening the door for Lewis Hamilton to take the championship lead. However the Mercedes driver got things wrong after the red flag restart, sending his car off track at Turn 1 meaning neither of the championship rivals scored points this weekend.

Although Verstappen finished the race with the fastest lap, he failed to finish inside the Top 10 meaning he doesn't get an extra point. As for Red Bull, with Perez winning and Mercedes' Valtteri Bottas finishing down in 12th, it means the Milton Keynes outfit now lead the Constructors' standings 174 to 148.