AlphaTauri's Pierre Gasly has finished as quickest man in final practice in Azerbaijan, snatching top spot from Sergio Perez as Red Bull were down to one car.. 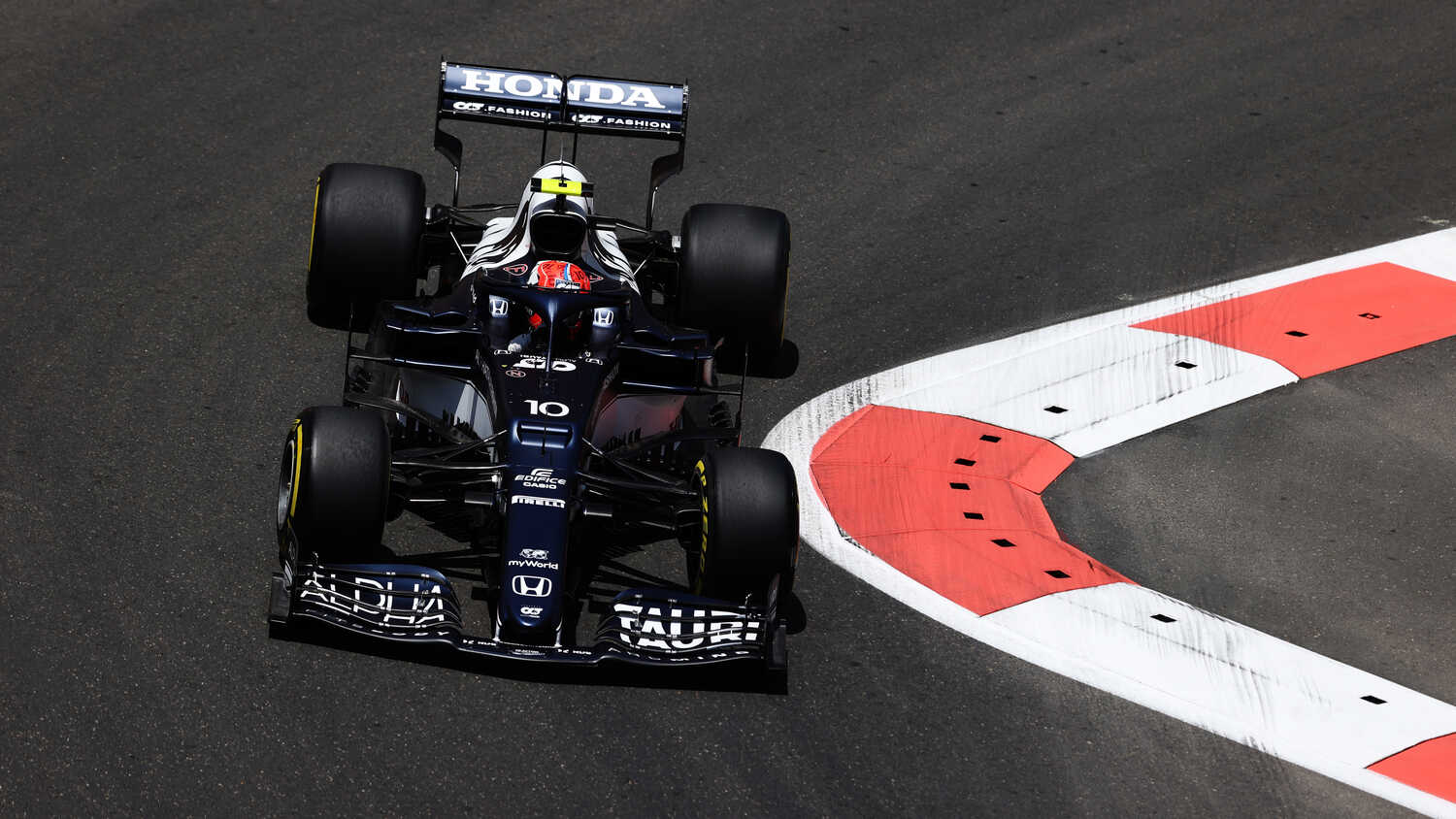 AlphaTauri's Pierre Gasly has gone fastest in final practice ahead of qualifying for the Azerbaijan Grand Prix.

In what was a pretty dramatic practice session, there were multiple errors and incidents over the course of the hour with plenty of flying laps ruined by yellow flags being shown.

Max Verstappen crashed at the 25 minute mark, hitting the barriers at Turn 15 after deciding against trying to bail out of the corner. The session was briefly red flagged in order to recover the Red Bull, which had evident front right wheel damage.

The red flag meant there was a flurry of action as drivers headed out on the soft tyres for their qualifying simulations in the closing 20 minutes, with Ferrari's Carlos Sainz sliding straight into the escape area at Turn 15 on his flying lap.

Ferrari's Charles Leclerc had his first flying lap ruined as he encountered yellow flags as Williams' Nicholas Latifi went off into the escape area at Turn 3. Leclerc then managed to improve to go quickest, before Sergio Perez responded to lead Red Bull's charge and take over at the front.

Another yellow flag, and Virtual Safety Car, was shown as Williams' George Russell broke down with an apparent engine issue at Turn 1, before a final flurry of flying laps.

It was on this run that Gasly went 0.3 seconds clear at the top of the times, with Perez settling into second place.

It was another worrying session for Mercedes, who continued to struggle for outright pace. Until the last few minutes, the two Mercedes drivers were right at the back as they didn't fit the soft tyres until quite late.

Lewis Hamilton vaulted up from 17th to third on his final run, but the Mercedes driver exploited a massive tow down the main straight. This was acknowledged over team radio as Bottas was informed of the benefit Hamilton had from the tow.

Bottas finished in 13th place, perhaps closer to the more representative pace of the Mercedes as he didn't benefit from a similar tow.

With the Ferrari drivers in fourth and fifth with Leclerc and Sainz respectively, McLaren's Lando Norris was sixth, Alpine's Fernando Alonso in seventh, and the other AlphaTauri of Yuki Tsunoda in eighth.

With Verstappen's crashed Red Bull now back with the team, it's unlikely that he won't be unable to take part in qualifying as the damage wasn't far beyond cosmetic.