Charles Leclerc shocked the field to secure pole position in a dramatic qualifying session at the Azerbaijan GP. He will start alongside Lewis Hamilton who recovered from a difficult Friday to make the front row of the grid 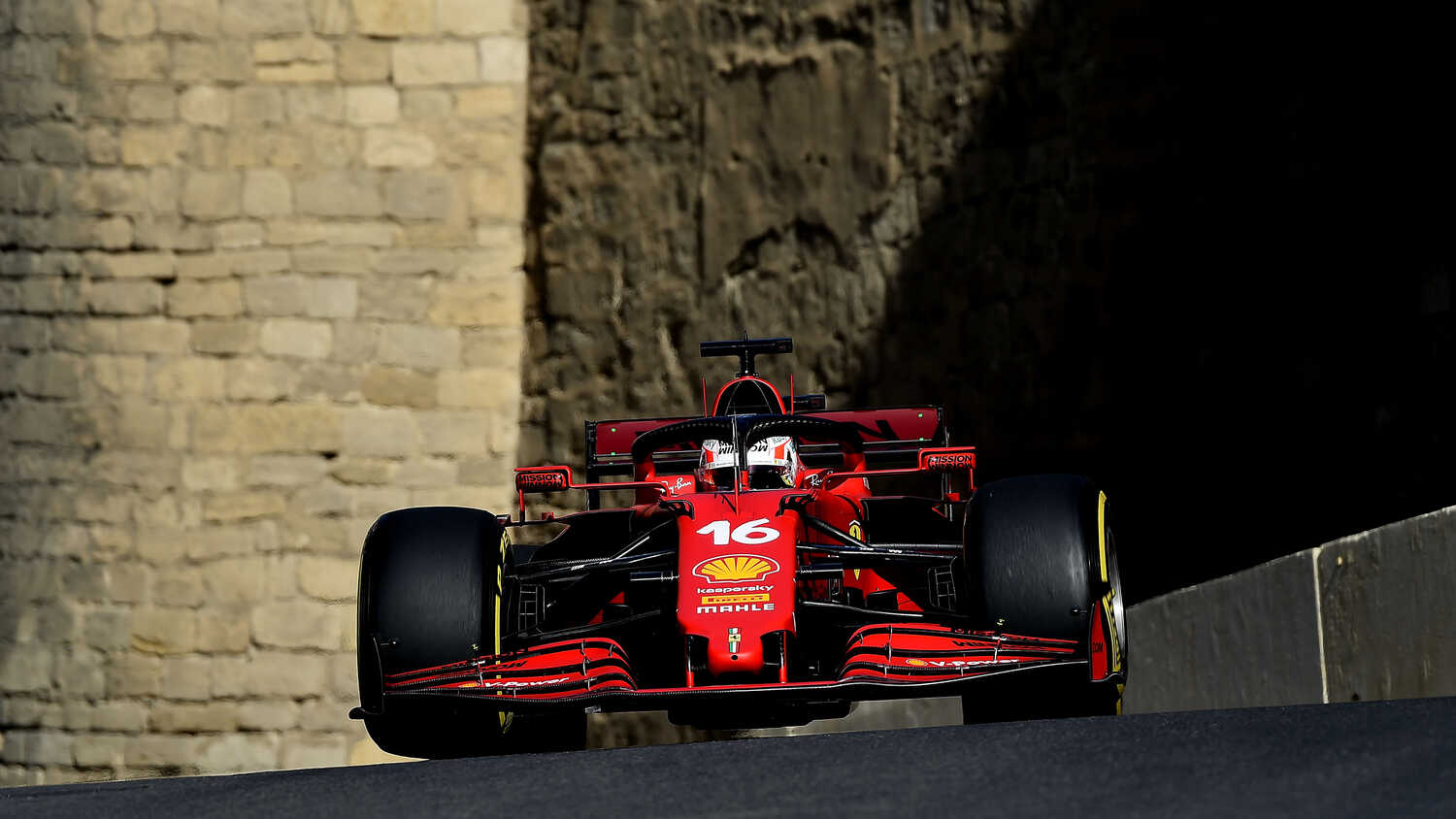 Charles Leclerc took a stunning pole position in an action-packed session at the Azerbaijan GP, beating Lewis Hamilton to make it back to back first places in qualifying.

Leclerc set a 1:41.218 on his first Q3 run on the soft tyres to take the top spot despite Ferrari having widely expected to struggle on the streets of Baku.

The top 10 drivers only had one run in Q3 due to Yuki Tsunoda crashing out at the end of Q3 with Carlos Sainz being caught out by the AlphaTauri driver's incident at the same corner, ending his day in the Turn 3 run-off zone.

Championship leader Max Verstappen was frustrated with his third place as he was 0.345 seconds slower than pole sitter Leclerc and will crucially start behind Hamilton.

Hamilton's low-downforce wing worked wonders after a difficult build-up to qualifying where Mercedes looked to be in major trouble.

Pierre Gasly was on course to stun the field in the middle of Q3 having set the fastest first sector of the session. The French driver lost time in the final sector but was still able to make the second row of the grid ahead of Sainz.

Lando Norris is set to start sixth but is under investigation for a possible infringement of the red flag procedure when he did not enter the pitlane immediately when the session was stopped in Q1.

Sergio Perez appeared to be one of the favourites for pole position but qualified down in seventh, 0.699 seconds behind Leclerc after a poor lap in the final part of qualifying.

Fernando Alonso made his first ever Q3 appearance in Baku to start from ninth ahead of Valtteri Bottas who will begin the race from 10th on Sunday.

Daniel Ricciardo's crashed out of qualifying in Q2 as his McLaren struggles continued in Baku. The Australian locked up at Turn 3 and went straight into the wall.

Ricciardo's crash brought an early end to Q2 to the frustration of Sebastian Vettel who missed out on the final part of qualifying by 0.029 seconds.

George Russell maintained his 43-race streak of outqualifying his teammate at Williams and will start 15th behind Kimi Raikkonen.

The Haas pair of Mick Schumacher and Nikita Mazepin will start on the ninth row, benefitting from two red flags in the opening 10 minutes of qualifying as Lance Stroll and Antonio Giovinazzi both crashed out at Turn 15 in Q1.