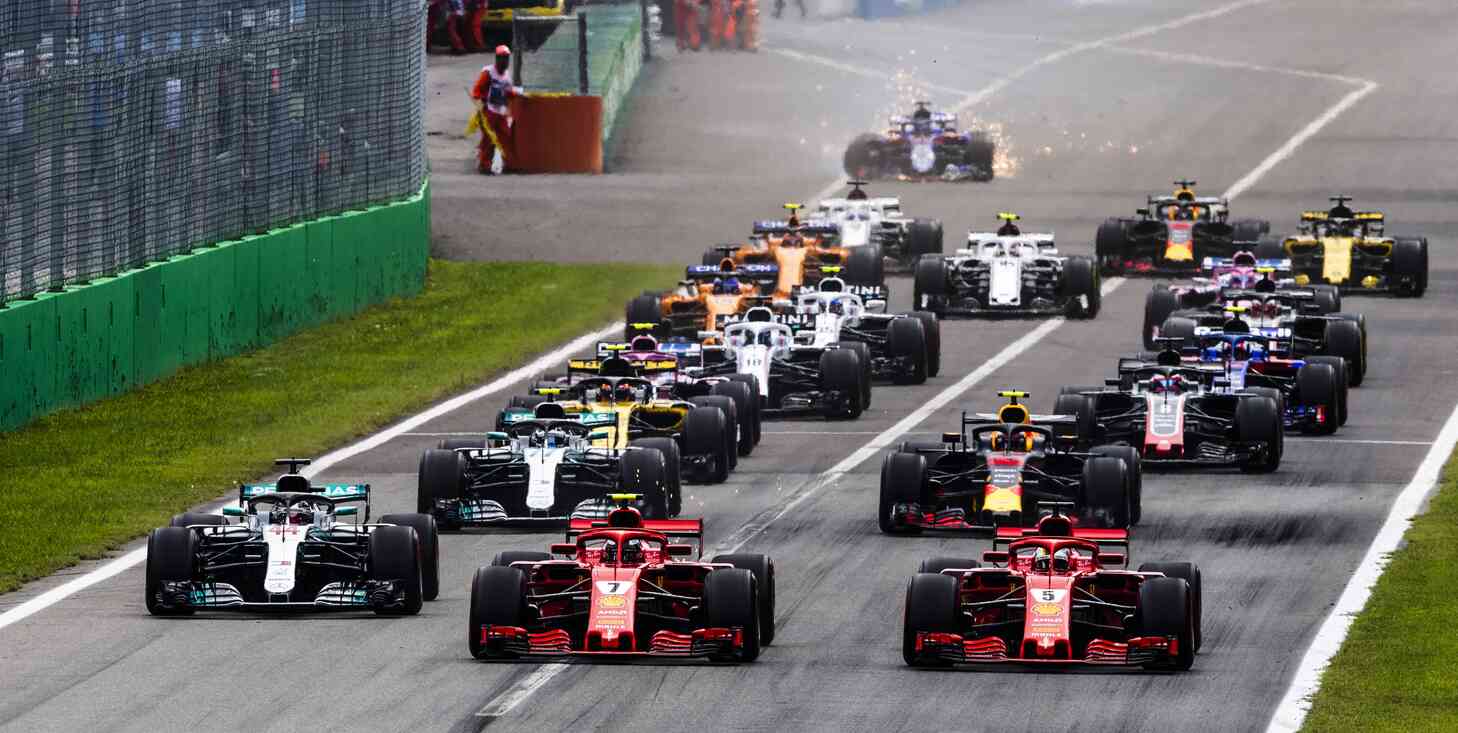 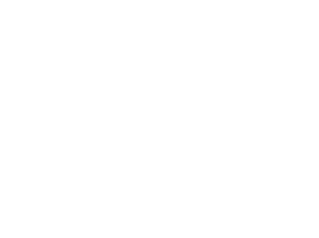 The Italian Grand Prix, much like the British Grand Prix, has been a feature on the calendar since F1’s inception in 1950. The race has been run consistently at Monza, bar 1980, when it was run at Imola.

Much like several other circuits in Europe, the Italian Grand Prix precedes Formula 1 itself.

Located just outside the city of Milan, Monza is the fastest track on the F1 calendar, with cars averaging over 260 km/h per lap. Also called the cathedral of speed, Monza is one of Formula 1’s most iconic venues and the home race for the sport’s oldest team, Ferrari, while also serving as the home race for AlphaTauri, who incidentally attained their two wins in the sport at the hallowed racetrack.

The Italian Grand Prix is the fifth oldest national Grand Prix, having been held since 1921. It is one of two Grands Prix (along with the British) that has been part of every F1 World Championship season since it was introduced in 1950.

Every Italian Grand Prix in the World Championship era has been held at the Autodromo Nazionale di Monza except in 1980, when it was held at Imola.

The first Italian Grand Prix took place on 4 September 1921 at a 17.3km circuit near Montichiari. However, the switch to the course at Monza, which is located just outside the city of Milan, was made in time for the 1922 edition of the race.

The Autodromo was just the third permanent one built in the world at the time; Brooklands in England and Indianapolis in the United States being the others.

Initially 10km long, the circuit featured a flat banked section that combined with a road circuit. The first of many tragedies to befall the venue happened at the 1928 race, with Emilio Materassi and Giulio Foresti coming off the banking and onto the left side of the pit straight.

One of Materassi's wheels touched the rear of Talbot's car, sending the former's car into an unprotected grandstand opposite the pits. The accident killed Materassi and 27 spectators, injuring another 26 as well. It was the worst accident in motor racing until the 1955 24 Hours of Le Mans.

The Italian GP went on a three-year hiatus after that, returning in 1931. It was won by Giuseppe Campari and Tazio Nuvolari in an Alfa Romeo, taking 10 hours to complete.

The 1933 Italian GP returned to its traditional timeframe of early September, however tragedy befell the event once again.

Three top drivers - Giuseppe Campari, Baconin Borzacchini and Stanislas Czaykowski - were killed during the course of the Monza Grand Prix, a Formula Libre race held over three heats, and a final held on the afternoon of the Italian GP.

The tragedy left its mark on Enzo Ferrari, who had been close to Campari and Borzacchini, and marked a change in mentality to racing. Up to that point safety measures were non-existent, with the circuit identical to an ordinary town and country road, while spectators stood very close or even next to the track.

In response to the tragedy, organisers moved to the Florio Circuit - which had been used in 1930 - in 1934. The race returned to Monza in 1938, and while renovations began the following year, the outbreak of World War II meant the Italian GP didn't return until 1947.

The 1947 Italian GP was held in the Portello district of Milan and was won by Carlo Felice Trossi in an Alfa Romeo, however Giovanni Bracco crashed his Delage, which resulted in the death of five spectators.

As a result the track was never used again, with the 1949 race returning to Monza, where it stayed for the next 30 years.

Monza's banking was built over, meaning only the road circuit was used after undergoing slight modifications.

Alberto Ascari, son of 1924 winner Antonio Ascari, won the 1949 edition of the race, the last held before the formation of the F1 Championship in 1950.

The race, and championship, were won by Giuseppe Farina in a supercharged Alfa Romeo 158.

Monza underwent a complete revamp after the 1954 race, and was combined with the road course for the running of the 1955 Italian GP. Juan Manuel Fangio won in what was the final race for a Mercedes factory team until 2010.

Organisers opted to hold the 1957 race solely on the road circuit, after the poorly constructed banking caused problems for Ferrari and Maserati the year before.

They chose the opposite route in 1960 and included the banking, as it favoured the front-engined Ferrari compared to the advanced mid-engined British cars. As a result, British teams, citing safety concerns, boycotted the race, handing the victory to Ferrari's Phil Hill in what was the final win for a front-engined F1 car.

The combined circuit was again used in 1961, but tragedy struck. The Ferrari duo of Hill and Wolfgang von Trips entered the race with a chance at the championship.

Hill led while the German battled with Jim Clark for fourth. As Von Trips and Clark approached the Parabolica, the Briton moved slightly into the path of the Ferrari driver and the two collided.

Von Trips crashed into an embankment and was sent flying out of his car, which flew into the crowd. The German and 14 spectators were killed, while Hill won the race, which hadn't been stopped, and the championship by one point.

The 1962 Italian GP returned to the road circuit, with the banking never used again in F1. Although there was an attempt to use the full circuit the following year, the concrete banking was so rough and bumpy that cars were being torn apart mechanically.

Bob Anderson crashed his Lola after losing a wheel on the banking during Friday practice, and as a result the race was run on the road circuit after the drivers threatened to walk off.

Jackie Stewart won his first career race at the 1965 Italian GP driving for BRM after battling teammate Hill, much to the chagrin of team boss Tony Rudd. Ludovico Scarfiotti took the chequered flag the following year for Ferrari, and to this day, remains the last Italian to win the event.

Tragedy struck during qualifying for the 1970 Italian Grand Prix when Jochen Rindt crashed his rear wing-less Lotus after a brake shaft failure. The Austrian's car veered off track into an in improperly-secured guardrail, though he didn't die from the impact.

Rindt had failed to properly secure his seat belt, with the buckle slicing his throat, leading to his death. From there Ferrari's Jacky Ickx failed to pass him in the standings, making Rindt the only posthumous World Champion.

The 1971 race was the fastest F1 race ever at that point, resulting in several changes to the track for the following year. A small chicane was added at the end of the pit straight along with another at the Vialone curve. Emerson Fittipaldi won the race, clinching the Drivers' Championship at the age of 25.

Stewart's win in 1973 saw him clinch his third and final World Championship, four years after clinching his first via a win at Monza. The home fans were sent into a frenzy in 1975 when Ferrari's Niki Lauda clinched his first title thanks to a third-place finish, with teammate Clay Regazzoni winning the race ahead of Fittipaldi.

Italian-American Mario Andretti won for Lotus in 1977, however Monza added another tragic moment to its history the following year. Andretti and teammate Ronnie Peterson were battling it out for the title that season, and the Swede's weekend got off on the wrong foot when he crashed his car in practice.

Forced to use Andretti's spare car, which wasn't a comfortable fit for the tall Swede, things went horribly wrong at the start of the race. A fiery multi-car pile-up occurred on the approach to the first corner, with Peterson one of the victims. James Hunt, Patrick Depailler and Regazzoni ran towards Peterson's burning car and pulled him out of his Lotus.

Having suffered severe leg injuries, the Swede died from embolism complications a few days later. This opened the door for Andretti to win the Drivers' Championship.

More changes were made to Monza in 1979. Run off areas were added to the Curva Grande and Lesmo, while the track as a whole was upgraded. The race marked Ferrari's 300th start in a World Championship event and they made the most of the occasion, with Jody Scheckter and Gilles Villeneuve completing a famous 1-2 for the Scuderia. The result gave Scheckter the World Championship, while Ferrari clinched the Constructors' Championship as well.

Imola 1980 and further changes to Monza

With Monza set for a major upgrade, including a new pit complex, the 1980 Italian Grand Prix was held at the Autodromo Dino Ferrari, also known as Imola.

The circuit had been used for a non-championship event the previous year, with Nelson Piquet winning the race for Brabham after the two turbo Renaults of Jean-Pierre Jabouille and Rene Arnoux retired.

Racing returned to Monza the following year, and has remained there ever since, with Alain Prost winning the event. The race saw John Watson have a huge accident at the second Lesmo, though the Briton was uninjured in his McLaren.

The 1988 race saw a famous victory for Ferrari. McLaren had won every race up to that point, but after Prost retired with engine problems, teammate Ayrton Senna crashed into a back marker while leading with two laps remaining. This opened the door for Gerhard Berger to win for Ferrari, with teammate Michele Alboreto making it a 1-2 finish. The result was all the more memorable because Enzo Ferrari had passed away a month before the race.

Michael Schumacher took victory for Ferrari during his first year for the team in 1996, while more changes were made to the track in 2000. The Variante Rettifilo was made into a two corner sequence instead of three, however the race featured more tragedy as marshal Paulo Gislimberti passed away after being struck in the head and chest by a loose wheel from Heinz-Harald Frentzen's Jordan.

Monza's future was thrown into doubt after Rome signed a deal to host an F1 are from 2012, however those fears were put to bed after a new contract was negotiated.

The 2020 Italian Grand Prix was one of the most memorable races of the season, with Pierre Gasly winning his first race, and France gaining its first Grand Prix winner since Olivier Panis at the 1996 Monaco Grand Prix.

Mercedes' Lewis Hamilton set the fastest ever qualifying lap with a time of 1:18.887 at an average speed of 264.362 km/h. The race was thrown into complete pandemonium when the Safety Car was brought out to retrieve a stranded Haas car, and Hamilton made a pitstop when the pitlane was closed.

After the restart, the Briton served a stop-go penalty, opening the door for Gasly to win ahead of Carlos Sainz and Lance Stroll.

Schumacher and Hamilton are the most successful drivers having each won five Italian GPs. Behind them sits Nelson Piquet, while seven drivers have won the even on three occasions.

As for Constructors, Ferrari are the most successful team with 20 wins, followed by McLaren on 11 and Mercedes' nine wins.

Monza hosted one of three Sprint Qualifying events in 2021, with Valtteri Bottas taking first after leading all race.

Unfortunately for the Finn, he started the race from the back due to an engine-related grid penalty. This opened the door for Daniel Ricciardo to claim a famous 1-2 for McLaren - the team's first win since Brazil in 2012.

The race also saw championship rivals Lewis Hamilton and Max Verstappen collide on Lap 22. The Dutchman's Red Bull car came to rest on top of Hamilton's, though both drivers were uninjured. It was Hamilton's first retirement in 63 races.

When is the 2021 Italian Grand Prix on the F1 calendar?

What time does the Italian Grand Prix start?

The Italian Grand Prix starts on Sunday 12 September at 15:00 CET. The race can be followed live on RacingNews365’s blog and watched on F1 TV.