Ricciardo: I thought I'd get Verstappen at Turn 1!

McLaren's Daniel Ricciardo returned to the sharp end of the field in the F1 Sprint Qualifying race at Monza, and will start Sunday's Grand Prix from the front row. 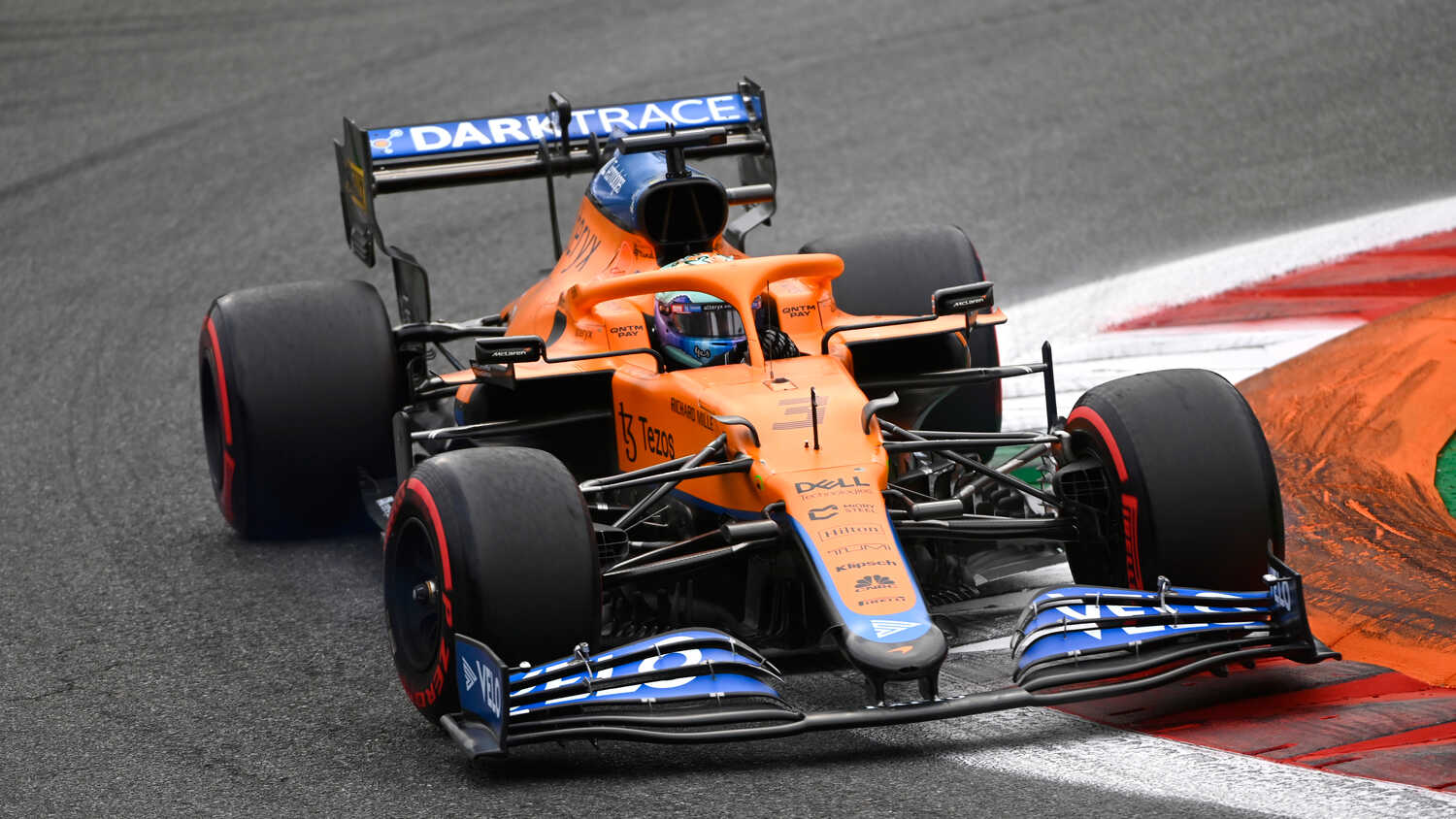 Daniel Ricciardo will start Sunday's Italian Grand Prix from second on the grid, after racing his way to third in the Sprint Qualifying race at Monza.

McLaren driver Ricciardo made a great start from fifth on the grid with the Soft compound tyre to get past teammate Lando Norris and Mercedes' Lewis Hamilton into Turn 1, maintaining third throughout the remainder of the race.

With Valtteri Bottas taking a grid penalty after winning the 18-lap encounter, Ricciardo will start alongside Red Bull's Max Verstappen on the front row.

"It's been a long time to be in this position," grinned Ricciardo, who has endured a fraught first half of the season since joining McLaren.

"It's good, it's good to be back! Tomorrow is the important one, but we gain a position from Valtteri's problems, so we're on the front row for the first time in a long time. I'm very happy with that."

Asked whether he plans on taking a conservative approach to the race on Sunday, or whether he intends to attack Verstappen into Turn 1, Ricciardo said he actually had a look at the Red Bull off the line even in the Sprint race.

"Full attack!" he said, looking ahead to Sunday's main event.

"That's what gave me the chance, you know, a good start. And I thought maybe I'd get Max at Turn 1, but he had the inside. I look forward to tomorrow!"