Daniel Ricciardo was understandably disappointed to be disqualified from the 2014 Australian Grand Prix following a second-place result in his first appearance for the main Red Bull team. However, boss Christian Horner later shared some news with the driver that helped to soften the blow. 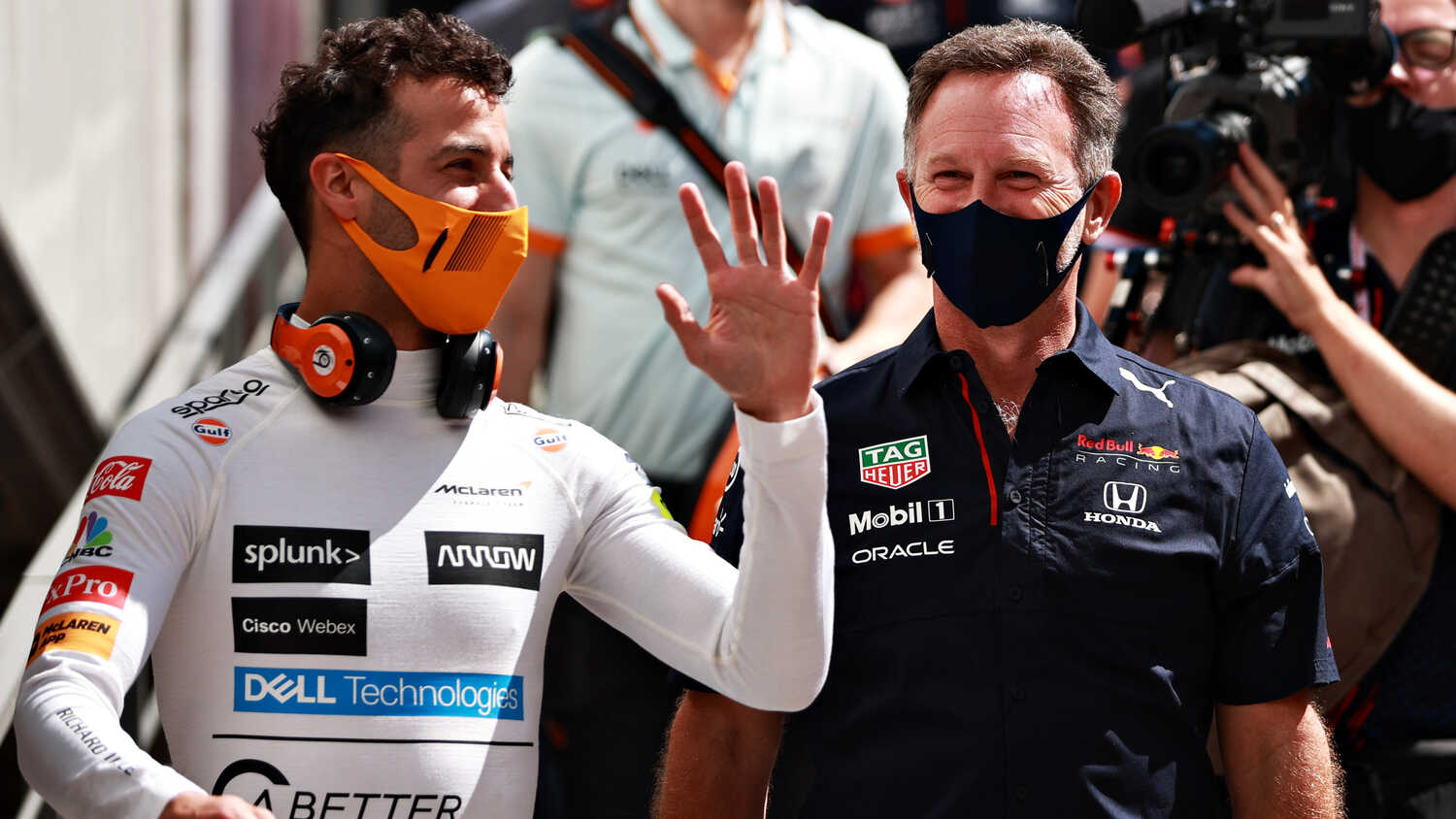 Daniel Ricciardo has opened up about a phone call he received from Red Bull boss Christian Horner after being disqualified from his debut race with the team.

The Australian impressed in his first appearance for the main squad at the 2014 Australian Grand Prix after being promoted from the junior outfit to replace Mark Webber. Ricciardo finished second behind race winner Nico Rosberg, meaning he had secured a podium finish at his home event and his best result yet in Formula 1.

However, just hours later the FIA disqualified Ricciardo for breaching fuel consumption rules. The 32-year-old remembers the atmosphere being sombre when the news came through, though was given a slight boost when Horner explained that the team would still compensate him for his achievement.

"It was definitely, on the surface, more of a wake," Ricciardo told the In The Fast Lane podcast when asked about the post-race celebrations given what happened.

"I think internally there was some celebrating inside me, because I knew what I'd achieved on that weekend. I'd kind of ticked the box to myself that I can do this, I can race at the front.

"I remember I had a lot of mates there and we'd kind of organised a few drinks in the hotel, and I remember the bathtub was full of ice and drinks, but it wasn't really the atmosphere to go.

"Actually it was when I got to the room, when everyone was there, that I got the call from Jonathan Wheatley [Red Bull's Sporting Director], telling me what I knew was coming, but he confirmed it. There was a few hugs and whatever, but it was pretty mellow unfortunately.

"But I think what cheered me up is – I'm sure they won't mind me saying this, actually it puts them in good light – I think the day after, I think it was Christian called me and said, 'Look, we'll still pay your podium bonus'.

"So that was nice. That softened the blow a little bit! That was like my first real pay cheque in the sport, so I was quite happy."

Fortunately for Ricciardo, only six races later he not only secured what was officially his first podium but also his debut victory in F1 at the 2014 Canadian Grand Prix.