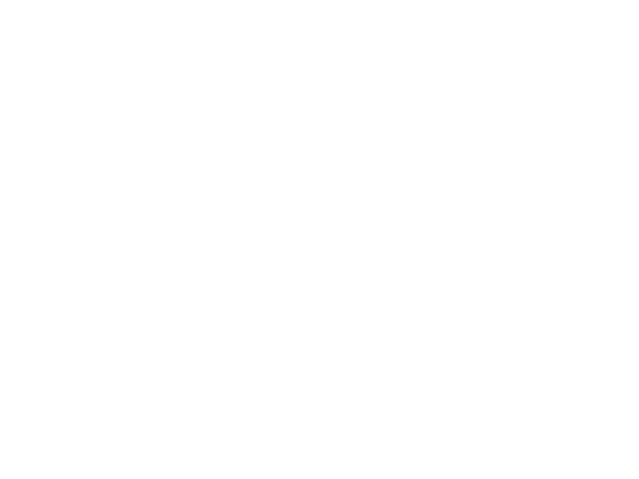 The British Grand Prix is synonymous with F1. Holding the title of the oldest race on the grid, Silverstone hosted Formula 1's first-ever World Championship race in 1950, and is known to many as the home of British motorsport.

The oldest race on the F1 World Championship calendar, the British Grand Prix is one of two events that have been held every season that the championship has been run, with the Italian Grand Prix being the other.

Having first taken place in 1926, the British GP has been an annual event since 1948, and hosted the first championship race in 1950.

Currently held at the Silverstone Circuit, the 2020 race marked the 70th time that the race has been run as a World Championship event, along with it being the 53rd occasion that it had been held at Silverstone.

Between 1950 and 1977, the British GP was designated as the European Grand Prix on five occasions, when the title was an honorary designation given each year to a race in Europe.

The concrete Brookland oval was the first purpose-built motor racing venue created in 1907, playing host to the first British GP in 1926. The event – which came as a result of the success of Briton Henry Segrave winning the 1923 French Grand Prix and the 1924 San Sebastian Grand Prix – was won by Robert Senechal and Louis Wagner driving a Delage. The 1927 race also saw Delage take victory, this time driven by Robert Benoist.

The best teams in Europe took part in several non-championship races known as the Donington Grand Prix, held at Donington Park, in 1937 and 1938. Given that they were held by the Derby and District Motor Club rather than the Royal Automobile Club, they are not given the title of British Grand Prix.

Brooklands was abandoned after being severely damaged by the onset of World War II. Several new British circuits were being built on disused Royal Air Force airfields, including Silverstone, which is located on the Northamptonshire/Buckinghamshire border.

Silverstone hosted its first race, the Royal Automobile Club International Grand Prix, in 1948. This was won by Luigi Villoresi in a Maserati. The track was heavily modified in the following year, with the configuration remaining in place for decades.

With Formula 1 introducing the World Championship of Drivers in 1950, the British Grand Prix was the first race ever held in the championship. Alfa Romeo driver Giuseppe Farina won the event, with King George VI in attendance, while Ferrari's Jose Froilan Gonzalez claimed victory in 1951 - the first for the Scuderia, and the first race not won by an Alfa Romeo.

Beginning in 1955, F1 alternated between Silverstone and Aintree, which is located on a horse racing course near Liverpool. Juan Manuel Fangio and Stirling Moss were the favourites ahead of the debut event at Aintree, with Moss coming out on top to win his first Formula 1 race on home soil.

The final Grand Prix at Aintree was won by Jim Clark in 1962, before the venue was decommissioned in 1964.

With Aintree no longer an option, F1 travelled to Brands Hatch, located just outside of London, in 1964. Silverstone hosted the British Grand Prix in odd-numbered years, with Brands Hatch getting the even.

The new circuit, like Silverstone, was popular amongst the drivers, with Clark winning the event along with the 1965 British GP. Jo Siffert got the better of Chris Amon in 1968, claiming the first of two F1 wins before losing his life in a non-championship race three years later at the same track.

A huge accident at the start of the 1973 British Grand Prix saw 11 cars retire. Thankfully there were no deaths or fires, though Andrea de Adamich suffered career-ending ankle injuries.

Home fans were treated to a win by James Hunt in 1976, though he was later disqualified after Ferrari and other teams protested that the Briton failed to complete the first lap of the race. As a result, the win went to second-placed Niki Lauda.

Williams registered their first F1 victory at the 1979 British Grand Prix thanks to Clay Regazzoni, while his teammate Alan Jones lapped a full six seconds faster than the previous lap record. In 1985, Keke Rosberg set the all-time F1 qualifying lap record that stood for 17 years, finishing with an average speed of 258.983 km/h.

The final race at Brands Hatch took place in 1986, with Nigel Mansell taking the chequered flag. Unfortunately, though, the race also saw Jacques Laffite break both of his legs after slamming into the barriers at the first corner, with the injuries ending his Formula 1 career.

With FISA (the Federation Internationale du Sport Automobile) implementing a policy of long-term contracts for one circuit per Grand Prix, Brands Hatch was dropped, with Silverstone signing a seven-year contract to host the British Grand Prix from 1987 to 1993.

Some modifications were made to Silverstone in 1987, and further heavy modifications were carried out in 1989, given that it had become the fastest circuit on the F1 calendar. Those changes were completed in 1991, making the 1990 British Grand Prix the last to be held on the high-speed circuit.

Mansell led, but gearbox problems forced him to retire, prompting him to throw his gloves into the crowd and announce his retirement – a decision he later went back on.

A chicane was installed at Abbey in response to the tragic deaths of Roland Ratzenberger and Ayrton Senna at the 1994 San Marino Grand Prix, while Stowe was slowed considerably. Damon Hill took victory in 1994, and fellow British driver Johnny Herbert won in the following year.

The 1999 race saw Michael Schumacher break his leg after crashing heavily at Stowe, forcing him to miss several races. At around that time, there were attempts to bring the British GP back to Brands Hatch for 2002, but those talks failed to get off the ground.

A defrocked priest, Cornelius Horan, disrupted the 2003 British Grand Prix by running onto the Hangar Straight while cars raced at speeds of 260km/h. Marshals were able to get him off the track before anyone was hurt, with Ferrari's Rubens Barrichello going on to win the race.

Silverstone was left off the provisional F1 calendar for 2005 due to questions about the funding needed to upgrade the track's facilities. Those fears were put to rest when a deal to keep the British GP at Silverstone until 2009 was reached.

Nevertheless, it was announced that Donington Park had signed a 10-year deal to host the race starting in 2010, though the contract was soon terminated after organisers failed to secure the necessary funding.

Whilst Silverstone's organisers signed a 17-year contract to host the British Grand Prix starting in 2010, the BRDC (British Racing Drivers' Club), which owns the track, activated a clause in 2017 that meant a new contract was needed. There were fears that the 2019 British GP would be the last held at Silverstone but, a few days before the event, it was confirmed that the venue would host the race until 2024.

Lewis Hamilton leads the way, having won the British Grand Prix on eight occasions thanks to seven wins from 2014 to 2021.

Behind him is another British driver, Jim Clark, with five wins, though he is joined by Alain Prost. Nigel Mansell sits on four victories, one ahead of the trio of Jack Brabham, Niki Lauda and Michael Schumacher.

As for constructors, Ferrari have achieved the most success on British soil with 17 wins to their name, putting them three ahead of McLaren. Williams are next with 10 victories, though their last dates back to 1997.

While the championship battle remained between Max Verstappen and Charles Leclerc, it was Leclerc's Ferrari teammate, Carlos Sainz, who took centre stage at the 2022 British Grand Prix.

The Spaniard claimed his first pole position in F1 in Saturday's qualifying but was initially overtaken by Verstappen during Sunday's race. However, he was later able to get ahead of the Dutchman, who was struggling with an issue on his car.

A late-race Safety Car added to the excitement as Sainz managed to eke out a lead while Lewis Hamilton, Sergio Perez, Leclerc and even Fernando Alonso got involved in a battle for second.

Sainz went on to clinch his debut Formula 1 victory, with Perez and Hamilton joining him on the podium.

When is the 2023 British Grand Prix on the F1 calendar?

The British Grand Prix is scheduled to take place on the weekend of 7-9 July, and is set to be the 11th race of the 2023 F1 season. The first two free practice sessions will take place on 7 July, with qualifying on Saturday 8 July at 15:00 BST.

What time does the 2023 British Grand Prix start?

The British Grand Prix starts on Sunday 9 July at 15:00 BST. The race can be followed live on RacingNews365's blog.