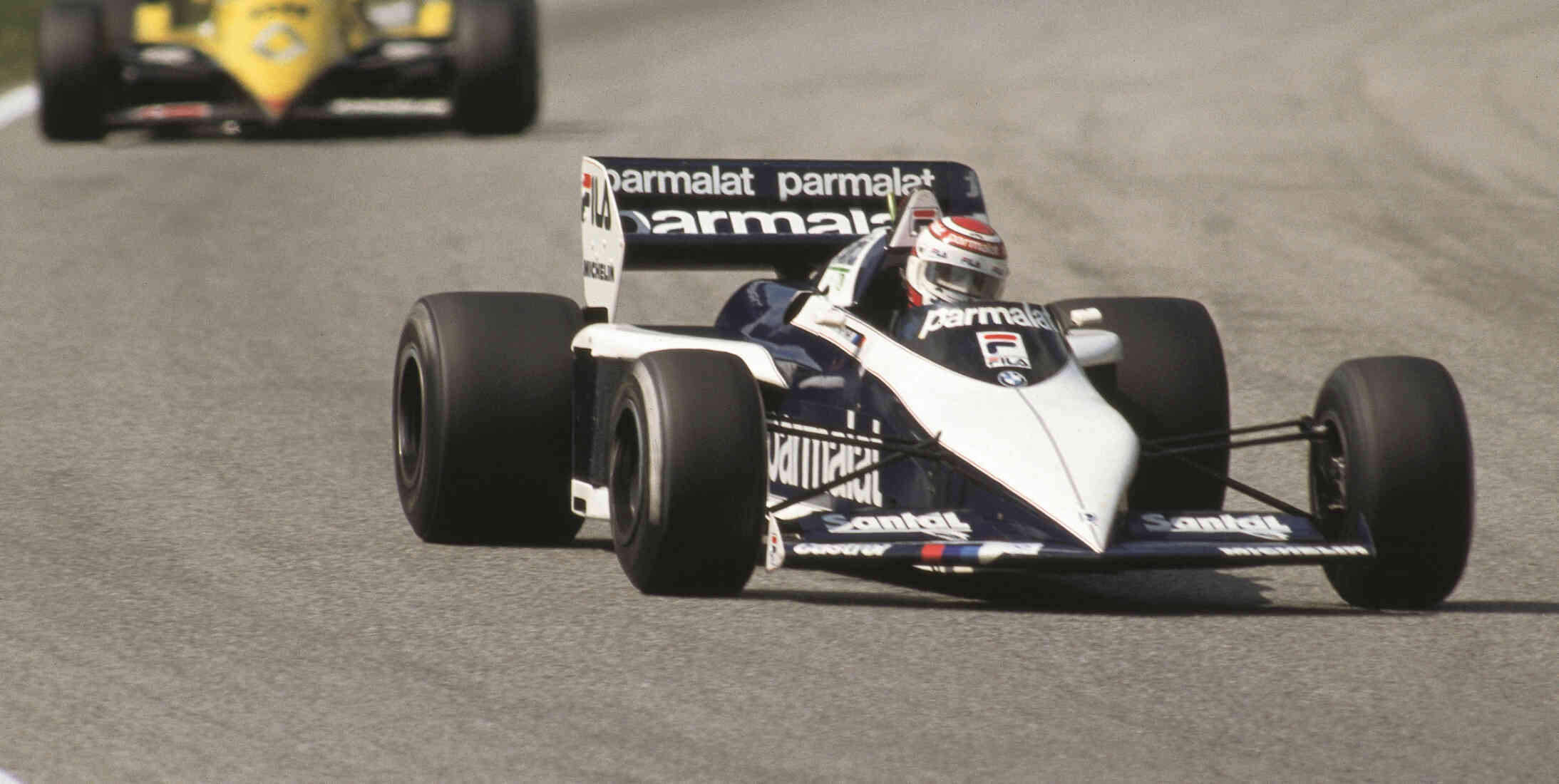 Jack Brabham was an Australian engineer, racing driver and team owner who won three drivers’ and two constructors’ world championships. He became the first person to win a world championship driving his own namesake car in 1966.

Sir John Arthur Brabham, known as Jack, was born in Hurstville, Australia on April 2, 1926 and served as a flight mechanic in the Royal Australian Air Force during World War II before setting up his own workshop and then getting involved with racing midget cars in 1948.

Following success racing in Australia and New Zealand, Brabham moved to the UK in 1955. He built on his experience racing Cooper Car Company cars into a role at the British firm, where he worked on building a Bobtail mid-engined sports car for the 1955 F1 season.

That same year aged 29 he made his F1 debut at the British Grand Prix, and the next season he raced his own second hand Formula 1 Maserati 250F in addition to drives for Cooper in Formula 2 and sports cars.

Brabham took his first race win at the season-opening Monaco Grand Prix in 1959 with Cooper’s new 2.5 litre engines, beating Jean Behra and Stirling Moss. The Australian driver took further podiums and a race win at the British Grand Prix on his way to claiming the drivers’ championship for the first time, taking the trophy in the final race of the season.

He repeated the feat the following year after getting to put his own ideas into the Cooper T53, winning five straight victories that year in his final season with the British marque and taking the drivers’ and constructors’ titles.

In 1962, Brabham left Cooper to set up his namesake racing team using cars built by his own company, Motor Racing Developments.

While new regulations stipulating the use of 1500cc engines yielded little success for the fledgling team, prompting the driver to occasionally give up his seat to other drivers by the 1965 season, he would go on to win the drivers’ championship in his own car in 1966 after the introduction of a 3-litre engine format.

The team also took the drivers’ title through the owner’s teammate Denny Hulme the following year, but the 1968 season was a poor showing for Brabham alongside Jochen Rindt as he retired from the first seven races, scoring two points at the German Grand Prix before again retiring from the remaining four races.

Brabham suffered serious injuries to his foot during a testing accident during the 1969 season which prompted him to retire at the end of the season and sell his share of the team to Tauranac, but the driver returned for one final year in 1970 finishing fifth behind eventual champion Rindt.

He retired home to Australia where he gave up racing and purchased a farm. Brabham passed away aged 88 in 2014.