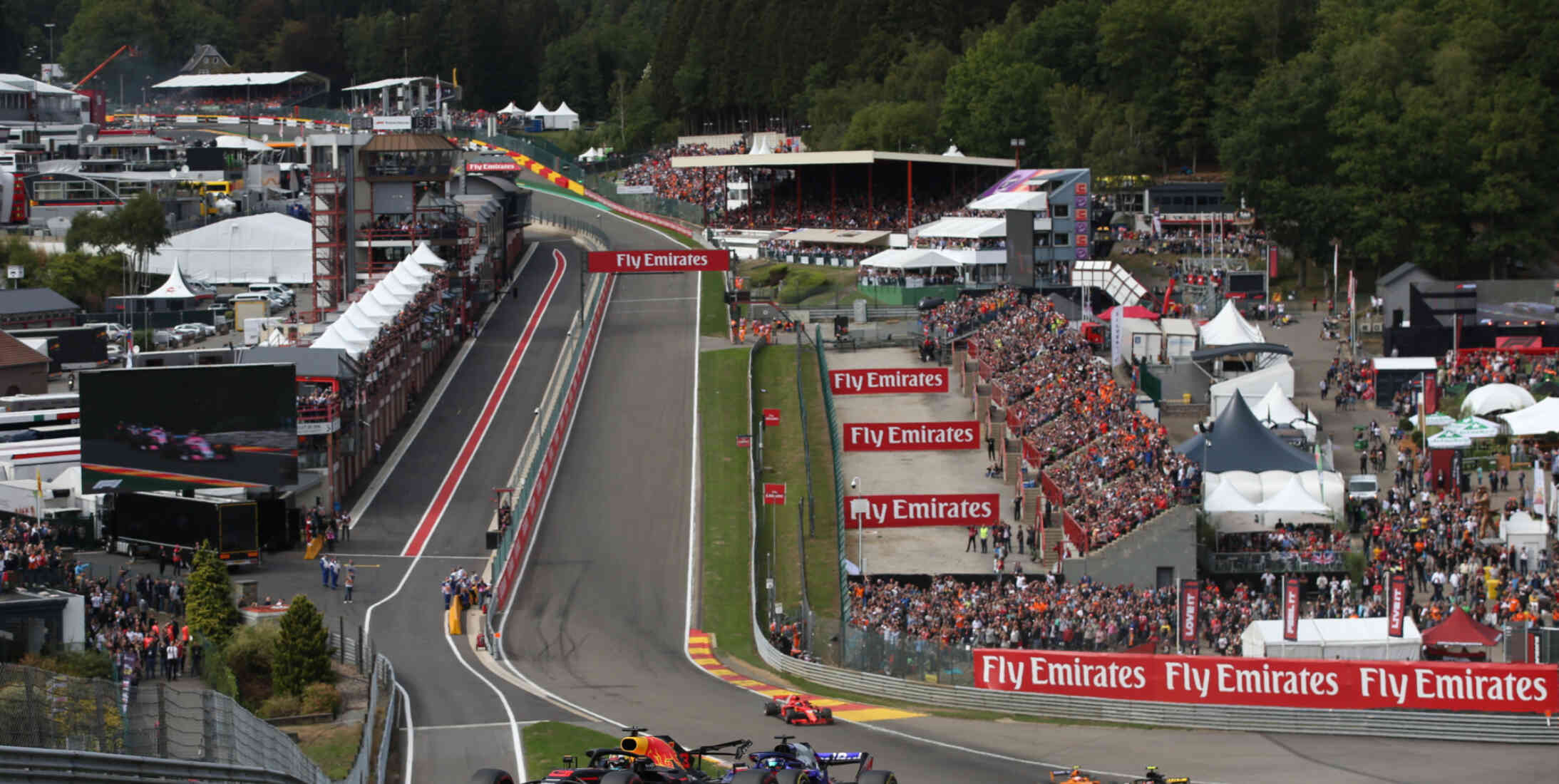 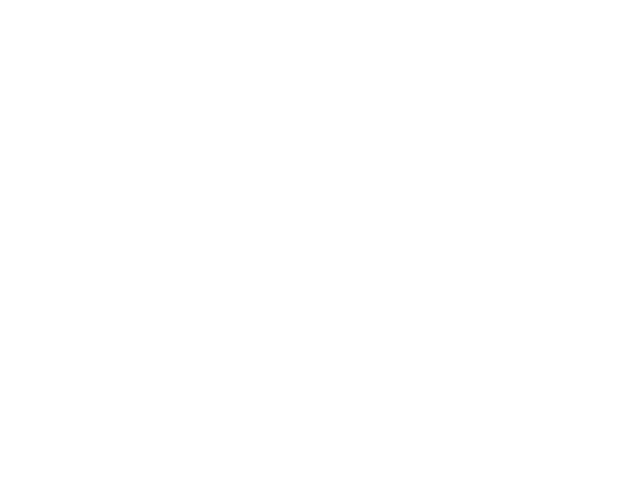 The longest circuit on the F1 calendar at 7.004km, the 2022 Belgian Grand Prix will see drivers and teams return from the summer break at the end of August. Although Spa-Francorchamps is half the length that it used to be, that hasn't stopped the track from being one of the drivers' most beloved circuits.

One of the most popular races on the F1 calendar, the Belgian Grand Prix has made the Circuit Spa-Francorchamps its home for years, with no signs of that changing anytime soon.

The iconic track was one of seven that made up Formula 1's first championship back in 1950, clocking in at 14.9km in length. Located in the Ardennes region of eastern Belgium, the track underwent changes in 1979, cutting its length in half. This did not stop it from becoming a hit with drivers and teams alike.

Featuring long straights, sweeping corners and weather that can change in an instant, the track is also home to several of F1's most famous corners. La Source starts the lap with a tricky U-shape, the slowest corner of the track, while Eau Rouge forces drivers to sweep left and then right while going uphill through Raidillon.

The 'Bus Stop' chicane - named because this part of the track was open to traffic at certain times - remains a tricky end to the lap, though run-off areas across the circuit have been widened to make it more forgiving.

Weather has often played a factor in determining the winner of the race over the years, as parts of the venue can be dry, whilst other sections may be rainy and slippery.

The first Belgian GP dates back to 1925, with Alfa Romeo driver Antonio Ascari taking the chequered flag. Ascari's win proved to be bittersweet, as he was killed in his next race, the French Grand Prix.

The race wouldn't be held again until 1930, with Louis Chiron winning at a Spa circuit that had undergone some modifications. Raidillon was introduced in 1939, a race that saw Richard Seaman pass away after crashing in wet conditions while leading.

World War II broke out soon after, and the Belgian Grand Prix didn't come back until June 1946. Upon its return, Spa-Francorchamps underwent some changes. Shortened to 8.7 miles, all of the slow corners were taken out, making the track one of the most extreme and challenging circuits in motorsport.

With F1 introducing the World Championship in 1950, the first race was dominated by Alfa Romeo, with Juan Manuel Fangio finishing ahead of Giuseppe Farina. There was no Belgian GP in 1957 due to organisers not having the money needed to host the event. This was down to the extreme fuel prices in Belgium and the Netherlands due to the Suez Crisis.

Although upgrades were made in 1958, Spa began to garner a reputation for being an unforgiving and mentally challenging circuit, with the event often having a smaller-than-average field due to drivers not wishing to race there. The track had almost no margin for error and, given that there was no team radio back then, drivers would have no idea about circuit conditions.

Tragedy strikes at the 1960 Belgian GP

The 1960 race was one of the darkest weekends in F1 history. Stirling Moss had a wheel come off his Lotus during practice, resulting in a heavy crash at Burnenville in which he broke both of his legs, three vertebrae and several ribs.

Although he survived, he did not race for most of the year. Mike Taylor, also driving a Lotus, suffered a steering failure and crashed into trees near Stavelot. The Briton suffered serious head and neck injuries, and never raced again.

There was even more tragedy during the race after Chris Bristow came together with Belgian Willy Mairesse. Bristow lost control at Malmedy and crashed into an embankment, with his car rolling over several times. The Briton was thrown from his car and decapitated by barbed-wire fencing next to the track, killing him instantly.

Five laps later, Alan Stacey was hit in the face by a bird on the Masta straight, not far from where Bristow was killed. Stacey lost control of his car at 228 km/h and flew off an embankment, landing in a field that was 25 feet lower than the track. His Lotus caught fire and burst into flames.

Jack Brabham won the race, while Jim Clark scored his first F1 points. The latter went on to take his first win at the track in 1962.

Jackie Stewart's push for better safety measures at race tracks came as a result of his accident at Spa in 1966. The Briton crashed at the Masta Kink, landing upside down in an area that was much lower than the track. Ruptured fuel tanks soaked him as he struggled with broken ribs and a broken collarbone, and it wasn't until BRM teammate Graham Hill and Bob Bondurant stopped that he was able to get out of his car.

The Eagle-Weslake team scored their only Formula 1 victory with Dan Gurney in 1967, while Ferrari's Mike Parkes suffered serious leg and head injuries after a crash at Blanchimont. Although he survived, he never raced again. Another serious accident involving Brian Redman resulted in safety issues coming to a head in 1969.

Stewart demanded improvements be made to safety barriers and road surfaces but, when organisers refused, the British, French and Italian teams withdrew from the event, before it was eventually cancelled.

With Spa not up to the mandatory FIA safety specifications in 1971, the Belgian Grand Prix was cancelled and eventually relocated.

The event alternated between Zolder and Nivelles-Baulers from 1972, with Stewart and Emerson Fittipaldi winning the first races. The Brazilian was the victor at the second race at Nivelles as well, but the event proved unpopular and faded from the racing scene after 1974.

F1 held another nine races at Zolder. However, the poor conditions of the circuit were a big talking point in 1981. Osella mechanic Giovanni Amadeo was accidentally run over in the pitlane by Carlos Reutmann, and passed away the day after the race.

Arrows mechanic Dave Luckett ran onto the grid after Riccardo Patrese's car stalled, but the race was started nonetheless. Patrese's team-mate Siegfried Stohr hit the back of the Italian's car, along with Luckett, who was knocked unconscious but survived. The Grand Prix was eventually stopped, and was won by Reutemann.

Gilles Villeneuve lost his life during practice for the 1982 Belgian GP after colliding with Jochen Mass at the Butte corner. The Ferrari driver flipped a number of times and was thrown out of his car, passing away at a hospital near the circuit later that night.

Spa-Francorchamps was shortened to 7km in 1979, but only returned to the F1 fold in 1983. Alain Prost took the chequered flag that year, as the circuit garnered rave reviews from drivers, teams and fans. Zolder hosted the Belgian GP for the final time in 1984, with Michele Alboreto taking victory in a Ferrari.

Ayrton Senna took the first of five wins at Spa in a wet/dry race in 1985, though he came up just short the following year after a race long battle with Nigel Mansell. The two drivers came together in 1987, which opened the door for Prost to claim another victory.

The Brazilian won the next four Belgian Grands Prix, while the 1991 race saw Michael Schumacher make his F1 debut for Jordan. The German claimed the first of his 91 Formula 1 victories the following year in 1992.

Schumacher was involved in a chaotic sequence in the 1998 Belgian Grand Prix, which took place in torrential conditions. The race was red flagged on Lap 1, following an incident that involved 13 of the 22 runners.

Visibility remained poor when the race resumed, and contributed to Schumacher running into the back of David Coulthard while trying to lap the McLaren driver. The incident angered the German to the point that he stormed into the McLaren garage and confronted Coulthard, who later admitted he was at fault. Only eight drivers finished the race, with Damon Hill taking the chequered flag for Jordan's first F1 win.

Schumacher took his 52nd race win at the 2001 Belgian GP, passing Prost's mark of 51, while the German clinched his seventh and final World Championship at the 2004 event. Spa was left off the F1 calendar in 2006, but it returned the following year, with Kimi Raikkonen winning from pole for his third Belgian Grand Prix win in a row.

Lewis Hamilton survived a frantic final two laps in 2008 that saw a late shower disrupt the race. The Briton lost the lead and eventually found his way past Raikkonen, who went on to crash, while Felipe Massa and Nick Heidfeld rounded out the podium.

However, the stewards gave Hamilton a 25-second penalty - considered a drive-through penalty under the regulations - for cutting a corner to pass Raikkonen at the Bus Stop chicane, and this dropped him to fourth. Although McLaren appealed, the decision was upheld.

Schumacher remains the most successful driver at the Belgian GP, winning the event six times ahead of Senna's five. Behind them the trio of Clark, Raikkonen and Hamilton all have four, while Fangio, Hill and Sebastian Vettel have all won the Belgian Grand Prix on three occasions.

Ferrari are the most successful constructor with 18 wins to their name, which includes Charles Leclerc's maiden F1 victory in 2019. Behind them are McLaren on 14 wins, with Lotus rounding out the top three with eight.

The 2021 Belgian Grand Prix holds the record for being the shortest F1 World Championship race in history.

The official results were declared after just one of the scheduled 44 laps, as heavy and persistent rain halted proceedings.

Max Verstappen won the race ahead of George Russell and Lewis Hamilton, with half points awarded to the drivers that finished in the top 10.

When is the 2022 Belgian Grand Prix on the F1 calendar?

The Belgian Grand Prix is scheduled to take place on the weekend of 26-28 August, and is provisionally set to be the 14th race of the Formula 1 season. The first two free practice sessions will be held on on 26 August, with qualifying on Saturday 27 August at 15:00 GMT.

What time does the 2022 Belgian Grand Prix start?

The Belgian Grand Prix starts on Sunday 28 August at 14:00 GMT. The race can be followed live on RacingNews365's live blog and watched on F1 TV.