Alpine's Fernando Alonso was forced into retirement on Sunday, as an errant sandwich wrapper sent his brake temperatures through the roof. 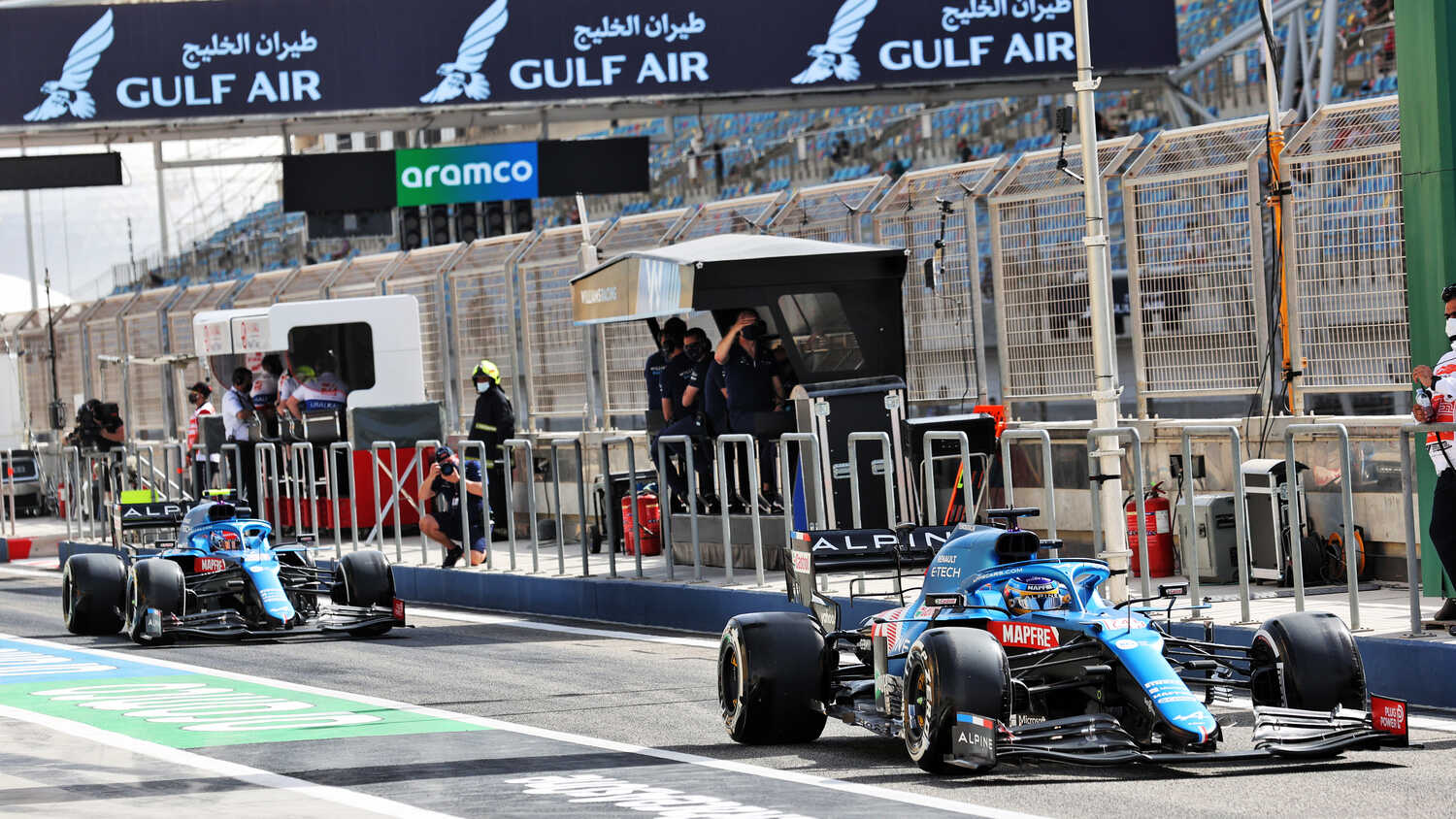 Fernando Alonso's first race back in Formula 1 since 2018 was ruined as a sandwich wrapper lodged itself in his brake duct.

Alonso, having started the race from ninth on the grid, looked a contender for a low points position after a strong first half of the race battling with the likes of Carlos Sainz and Sebastian Vettel.

However, shortly after his second stop to switch to the hard tyre on Lap 29, Alonso was forced to slow and come into the pits after his brake temperatures shot through the roof due to an errant sandwich wrapper.

"After his first stop, we had a small issue that forced us to reduce the performance of the car," explained Alpine's Executive Director Marcin Budkowski.

"Then, after the second stop, a sandwich wrap paper got stuck inside the rear brake duct of Fernando’s car, which led to high temperatures and caused some damage to the brake system, so we retired him for safety reasons.

"It was a very unlucky first race for Fernando considering how strong he looked."

Despite his retirement, Alonso was upbeat following the race, having enjoyed his comeback Grand Prix.

“It was great to be back racing in Formula 1," Alonso said.

"The start was fun, we gained some places and I had some enjoyable battles with old colleagues. However, it was disappointing to not see the chequered flag in the end.

"The issue we had after the second stop was a rear brake issue as some debris entered the brake ducts and overheated the temperatures of the car.

"Looking at the race it was very close in the midfield, and just a couple of tenths seems to change the order quite significantly. I think it’s going to be a very interesting and competitive season to watch. We’ll go again and fight hard in Imola.”