Ocon happy to repay Alonso for Hungary with Qatar defending

Esteban Ocon was supported by Fernando Alonso in securing his debut F1 victory back at the Hungarian Grand Prix. In Qatar, it was Ocon's turn to help his teammate to achieve a podium finish. 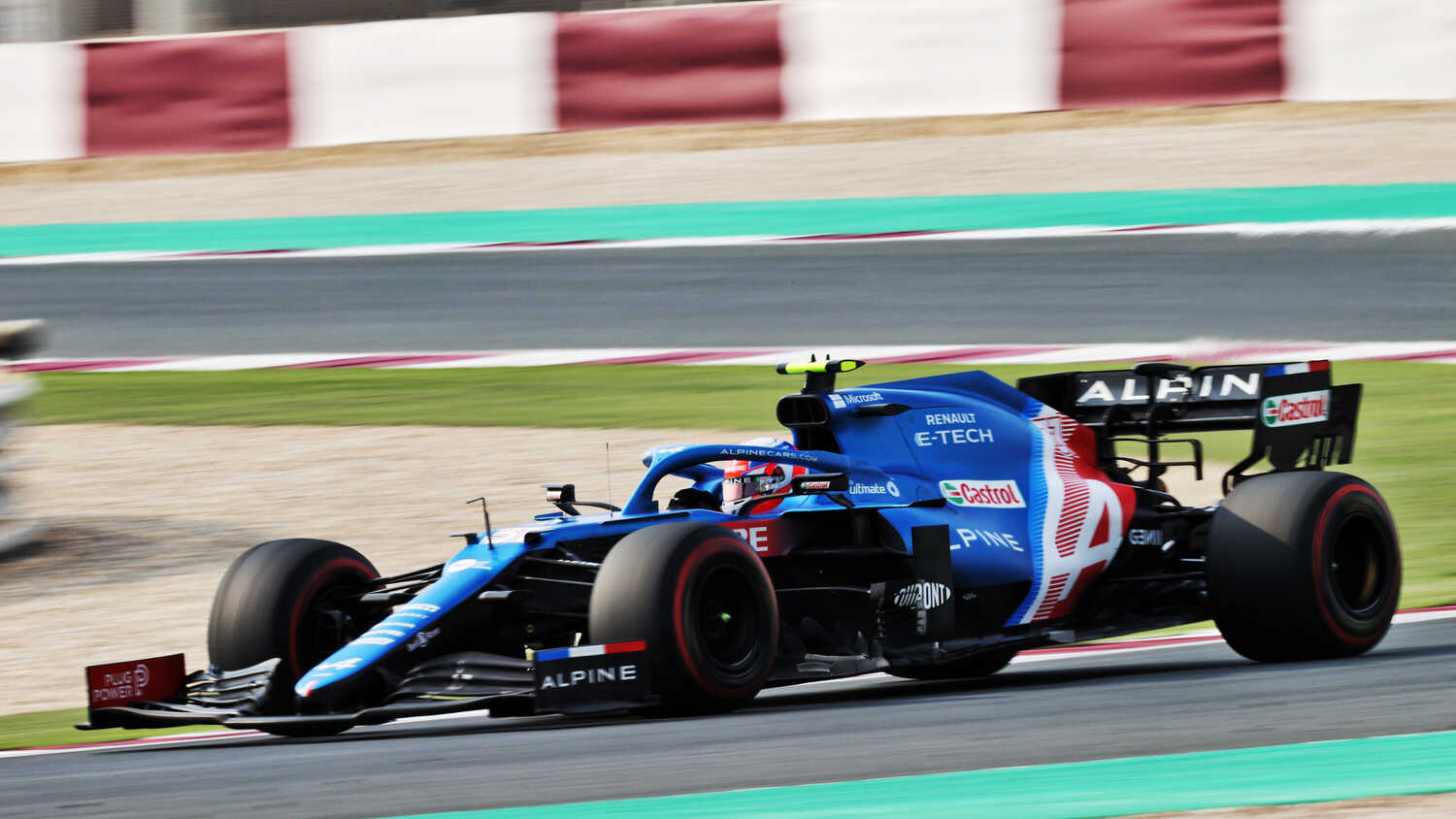 Esteban Ocon admits he was "glad" to play a supportive team role to Fernando Alonso in the Qatar Grand Prix, given that Alonso had helped Ocon to achieve his debut F1 victory back in Hungary.

Earlier in the season, Ocon claimed a surprise win at the Hungaroring, and was able to hold the lead of the eventful race thanks to Alonso defending against the chasing Lewis Hamilton.

The roles were reversed in Qatar, with Alonso running in third and hoping to achieve his first Formula 1 podium finish in seven years. With Ocon behind, Alpine asked the Frenchman to "get his elbows out" to hold back Sergio Perez, and this was something that he was happy to do.

When faced with the media, including RacingNews365.com, Ocon was asked whether he felt the need to repay Alonso for Hungary, to which he replied: "Yes, exactly. I came on the radio saying, 'How far in front is Fernando?', and basically the team said, 'Oh, you need to defend now'.

"I said, 'Yeah, that's why I was asking you guys! I'm aware of that situation'. So yeah, I wanted to do my best to try and slow down Checo as much as possible for him not to be able attack Fernando towards the end."

"I'm glad that I played my part"

Ocon admits that defending on the Losail International Circuit was not as easy to do as it had been at the Hungaroring, but was pleased to contribute towards holding Perez back for as long as possible and allowing Alonso to hold onto his podium position.

"I slowed him down a good three seconds and that was what we needed," Ocon explained.

"It was not as easy to defend as Budapest because the straights are longer and he was on fresher tyres, so it was a different set of circumstances, but I'm glad that I played my part and I gave a little bit back of what Fernando gave me in Budapest."

It was a strong team result for Alpine, with Alonso in third and Ocon finishing the event in fifth.