Hamilton on Alonso battle: It was amazing but a bit over the limit

Lewis Hamilton endured a tough fight with Fernando Alonso during the latter stages of the Hungarian Grand Prix. Whilst the Mercedes driver was slightly critical of Alonso's driving over team radio, he has spoken more positively about the battle after the race. 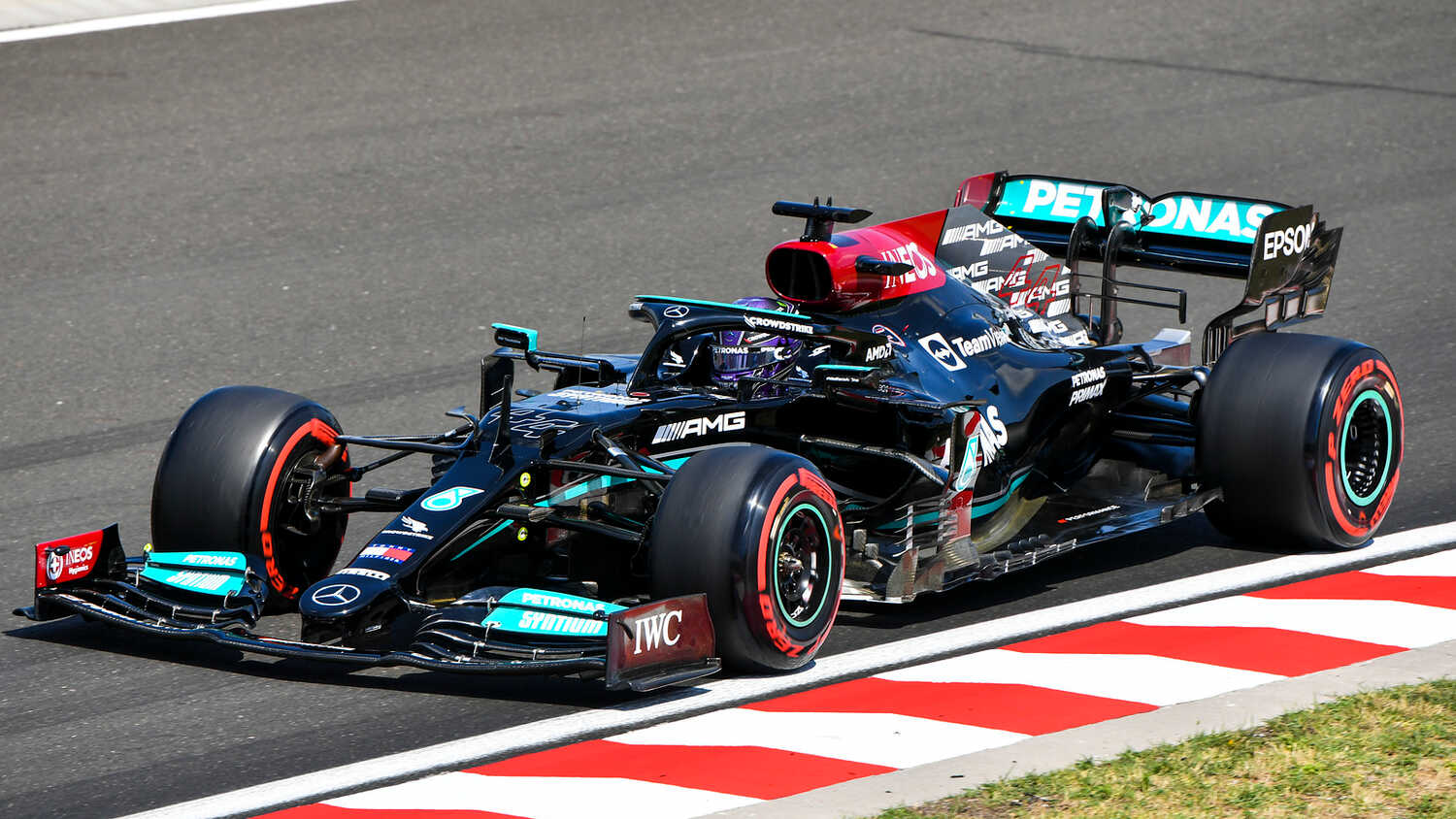 Lewis Hamilton has praised the tough battle he shared with Fernando Alonso in the Hungarian Grand Prix, despite being critical of Alonso's moves at the time.

The Mercedes driver struggled to get past Alonso during the latter stages of the race, with the Spaniard trying to hold back Hamilton in order to prevent the seven-times World Champion from getting to the front and taking the victory away from Alonso's Alpine teammate Esteban Ocon.

Hamilton voiced his displeasure with Alonso's defensive driving over team radio. However, upon reflection, the 36-year-old has been more complimentary.

"Now looking back on it, it was amazing," Hamilton told RacingNews365.com and other select media after the race. "It really was fantastic.

"I wish the cars could follow closer. [I'm] excited for what the cars are like next year [to see if it] eradicates some of that bad drafting that we have here.

"It's a really difficult circuit to overtake in general and to follow, particularly in that last sector. But great wheel-to-wheel battles, I mean it literally was wheel-to-wheel at least once.

"I don't really have too much more to say about it. When you're racing against a two-times World Champion, he probably is one of the hardest drivers but fair.

"I'd say today it was maybe a little bit over on the limit."

Hamilton can understand why Alonso was working so hard to support his team though and admits he would have done the same thing.

"I totally get it, and I would do the same for my team," the British driver said.

Alonso's tactics worked in enabling Ocon to keep his lead and earn his first win in Formula 1. The Spaniard finished in fifth, whilst Hamilton ended the race in third. However, second-placed Sebastian Vettel was later disqualified from the race, meaning that both Hamilton and Alonso will be promoted one position if the appeal against the Aston Martin driver's disqualification is not successful.