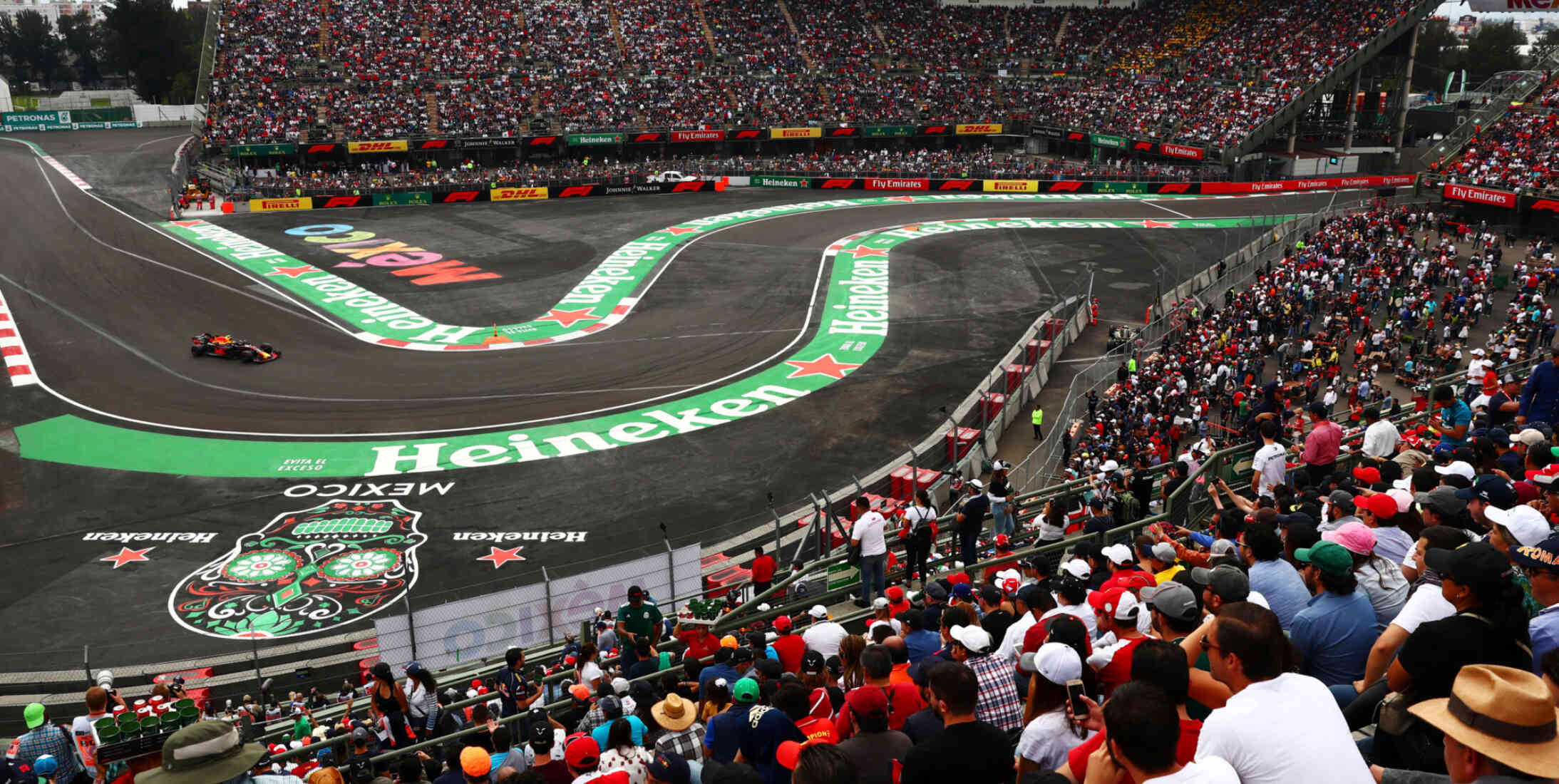 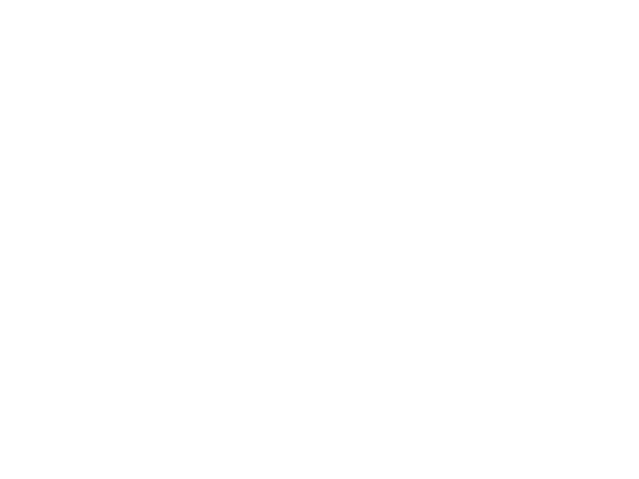 The Mexico City Grand Prix will again be held at the Autodromo Hermanos Rodriguez, located in the country’s capital of Mexico City. The circuit gets its name from famed Mexican drivers Ricardo and Pedro Rodriguez, the former of which died in practice for the 1962 Mexican GP.

The Mexico City Grand Prix rejoined the F1 calendar in 2015 after a 23-year absence. Originally run at the Magdalena Mixhuca circuit from 1962 to 1970, organisers moved the event to the Autodromo Hermanos Rodriguez when Formula 1 returned to the country in 1986. This coincided with a shortening of the circuit and improved safety measures, but the track was once again removed after the 1992 event.

Now a firm fixture on the race calendar, the event takes usually place after the United States Grand Prix at the end of October/beginning of November. Redesigned by Hermann Tilke ahead of F1's return, the biggest changes saw half of the infamous Peraltada final corner removed in favour of a slower stadium section that packs in thousands of passionate fans.

The circuit's smooth tarmac has usually resulted in low levels of tyre degradation, making track position and tyre selection key to success, given the relatively few overtaking opportunities over the course of the 4.304km lap.

The first Mexican Grand Prix dates back to 1962. Held at the Magdalena Mixhuca circuit, it was the first international track in Mexico and, like Monza, was built within a park in the centre of a major city, this time Mexico City.

Situated 7,340 feet above sea level, the bumpy racetrack was always host to the season-ending Grand Prix, held in late October.

The 1962 edition of the Mexican GP was a non-championship race, with Jim Clark winning in a Lotus after taking over teammate Trevor Taylor's car, as Clark had initially been black flagged for receiving a push-start. The event unfortunately brought tragedy with it, as Mexican star Ricardo Rodriguez was killed in the Lotus 24 during practice.

Clark won again the following year in what was an F1 World Championship event, and the victory helped the British driver to equal Juan Manuel Fangio's record for most wins in a single season.

Both championships were on the line in 1964 as Clark, John Surtees and Graham Hill all landed in Mexico with a chance to win, with the latter leading the table. However, it was Surtees who would come out on top, aided by teammate Lorenzo Bandini. The Briton won the championship by one point, and the result also helped Ferrari to take home the Constructors' Championship.

Honda secured their first Formula 1 win at the 1965 Mexican Grand Prix thanks to American Richie Ginther, while 1968's race saw another three drivers battling it out for the title.

This time Hill squared off against Jackie Stewart and defending champion Denny Hulme. It proved to be a straight fight between Hill and Stewart, as Hulme retired early on after crashing due to a rear suspension failure. Stewart, who was in contention to win the race, fell back after developing engine issues, opening the door for Hill to claim victory along with his second Drivers' Championship.

Crowd issues in 1968 and 1970 contributed to the race being cancelled. The latter event saw 200,000 fans pack in to see Pedro Rodriguez, resulting in the Grand Prix being delayed by an hour. Stewart hit a dog that ran across the track, while fans threw bottles on track as Ferrari duo Jacky Ickx and Clay Regazzoni crossed the line for a 1-2.

Although the event was initially part of the 1971 calendar thanks to funds from a Swiss bank to better control the crowd, it was dropped following the death of Rodriguez.

The Mexican Grand Prix remained off the F1 calendar for several years. While there was an attempt to reintroduce it in 1980, the plan was cancelled, with IndyCar running events in what was a brief two-year visit.

By this point, the Magdalena Mixhuca track was now named the Autodromo Hermanos Rodriguez after the famous Mexican racing brothers that lost their lives.

Improvements were made to the track, including improved organisation, with the layout now slightly shorter as well. As a result, Formula 1 returned to the venue in 1986, with Gerhard Berger winning his first F1 race in a Benetton.

The Grand Prix was run in two parts the following year after Derek Warwick's heavy crash coming out of the Peraltada. Nelson Piquet finished first on track, but Nigel Mansell took the chequered flag thanks to a better aggregate time.

Alain Prost and Ayrton Senna both claimed victories at the track, with Prost adding a second to his name for Ferrari in 1990 despite starting from 13th on the grid.

Senna crashed heavily at the Peraltada during practice in 1991. He was cleared and allowed to race, finishing third behind winner Riccardo Patrese and Mansell.

FISA (the Federation Internationale du Sport Automobile) demanded improvements be made to the track before the 1992 Mexican GP, which was moved to March. Mexico City's air pollution had hit record levels by this time, resulting in city officials imposing emergency measures to help with the problem. This added further pressure on organisers as they worked to get the venue ready in time.

The race went ahead, despite drivers complaining of the bumpy surface, with Williams duo Mansell and Patrese dominating. It proved to be the final race in Mexico for quite some time, as F1 left the Autodromo Hermanos Rodriguez once again.

Reports of a return to Mexico began to emerge as early as 2003, though plans to build a new track near Cancun were eventually abandoned.

After being left off the 2014 calendar, the Mexican Grand Prix finally returned in 2015 to an upgraded Autodromo Hermanos Rodriguez. Nico Rosberg won the event for Mercedes, while teammate Lewis Hamilton took the chequered flag the following year.

Max Verstappen won the following two editions of the race, while Hamilton clinched his fourth and fifth World Championships at the events.

Hamilton was victorious in 2019, while the 2020 edition of the race was cancelled due to the COVID-19 pandemic.

Max Verstappen has won a record three times in Mexico. Jim Clark also achieved three victories, though one of those came at a non-World Championship event. Excluding that result, the Briton sits level with the likes of Alain Prost, Nigel Mansell and Lewis Hamilton on two wins.

As for the constructors, Red Bull, Lotus, McLaren, Williams and Mercedes have all won the event three times. Lotus' figure increases to four if Clark's non-championship win is included.

Following its absence in 2020, the Mexican Grand Prix returned to the F1 calendar in 2021. Despite Valtteri Bottas claiming pole position to share the front row with teammate Lewis Hamilton, Max Verstappen got ahead of both Mercedes cars on the opening lap.

When Hamilton pitted on Lap 30, Verstappen followed suit four laps later, and this resulted in Sergio Perez becoming the first Mexican to lead at his home event.

After Perez pitted, the Red Bull driver was able to cut the gap to Hamilton in second, but was unable to make an overtake. Still, his third place was enough to make the home crowd very happy.

Verstappen took his third win in Mexico, and Hamilton held on to second place.

When is the 2022 Mexican Grand Prix on the F1 calendar?

The Mexican Grand Prix is scheduled to take place on the weekend of 28-30 October, and is provisionally set to be the 21st race of the Formula 1 season. The first two free practice sessions will be held on 28 October, with qualifying on Saturday 29 October at 21:00 GMT.

What time does the 2022 Mexican Grand Prix start?

The Mexican Grand Prix starts on Sunday 30 October at 20:00 GMT. The race can be followed live on RacingNews365's live blog and watched on F1 TV.