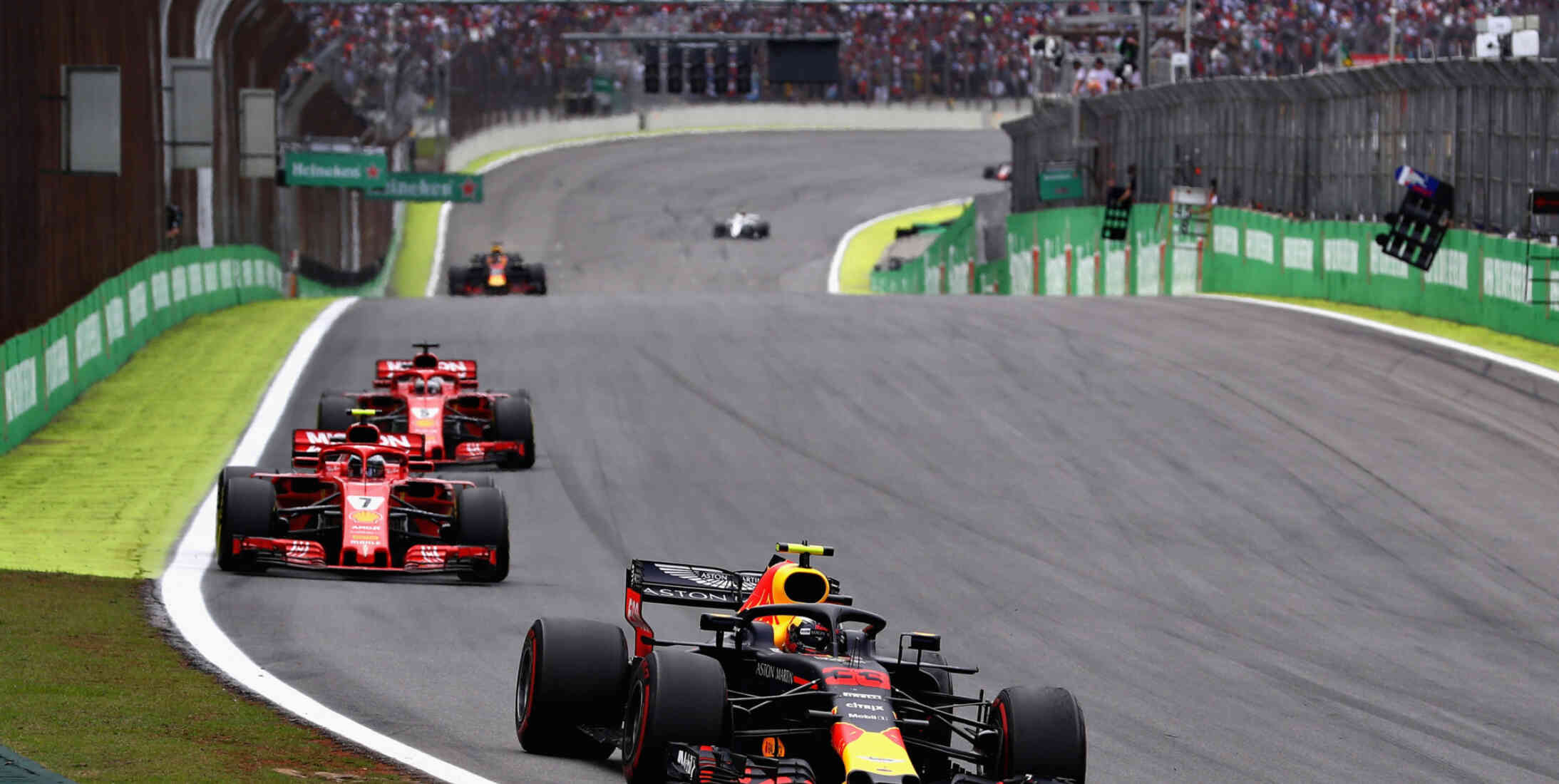 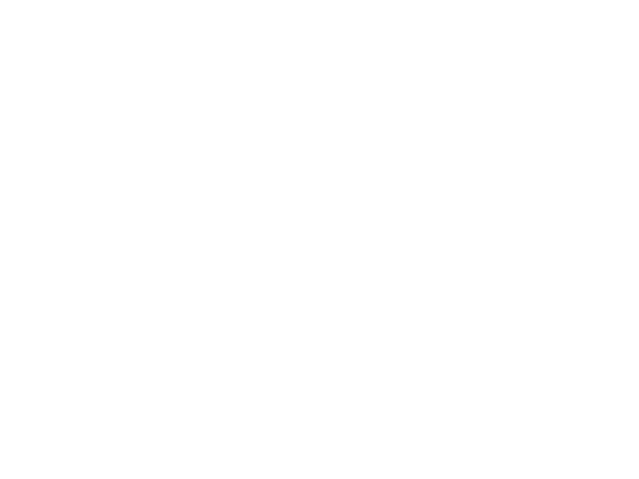 The Autodromo Jose Carlos Pace, better known as the Interlagos Circuit, will remain Brazil’s home for F1 until 2025 after a new agreement was ratified, with the event now rebranded as the Sao Paulo Grand Prix. The most populous city in Brazil has been home to the event since 1990.

The first event held at Interlagos dates back to 1972, with the debut World Championship event taking place a year later.

Originally buoyed by the popularity and success of World Champion Emerson Fittipaldi, the festive mood in the stands has translated into action on the track thanks to tricky banked corners and constant elevation changes that test a driver’s focus.

The circuit runs in a counter-clockwise direction, a rarity in the sport, and starts with a long straight that then flows into the 'Senna S' - named after Brazil's favourite son, Ayrton Senna - for Turns 1 and 2.

A slow middle section features several small turns and elevation changes, while the end of the lap from Juncao to Turn 1 is taken at full throttle.

Carlos Reutemann won the first race in Brazil, a non-championship event, for Brabham in 1972, with the Brazilian Grand Prix then becoming a part of the F1 World Championship in the following year. Home fans were treated to a victory by a local hero, as Sao Paulo native and defending World Champion Emerson Fittipaldi won the race.

Fittipaldi made it two in a row at the following year's event in rain soaked conditions, while fellow Brazilian driver Carlos Pace took the chequered flag in 1976, with Fittipaldi coming home in third.

By the late 1970s, many drivers had begun to complain about Interlagos' rough surface. As a result, the event was moved to the new Jacarepagua circuit in Rio de Janeiro.

Move to Jacarepagua and return to Interlagos

Carlos Reutemann won for Ferrari at the 1978 event in Rio, marking Michelin's first victory in F1. The race returned to Interlagos in 1979, and Ligier's Jacques Laffite claimed victory.

Originally, the plan was to alternate the Brazilian Grand Prix between Sao Paulo and Rio, but deteriorating conditions at Jacarepagua saw the event moved to Interlagos for the 1980 race, with Rene Arnoux winning for Renault.

However, with drivers unhappy with the safety conditions at the bumpy Interlagos circuit, the decision was made to move the race back to Rio, where it remained for the next decade.

Reutemann took his third and final win in Brazil in 1981, disobeying team orders to beat Williams teammate Alan Jones to the finish line. Alain Prost was awarded the win the following year after Nelson Piquet and Keke Rosberg, who finished first and second, were both disqualified when their cars were found to be underweight.

Piquet didn't miss out on victory in 1983, with pole sitter Rosberg second and Niki Lauda third. However, after the race, Rosberg was disqualified after receiving a push start in the pits. Curiously, the drivers behind him were not promoted, meaning second place was not officially awarded.

Prost was victorious in 1984, 1985, 1987 and 1988, with Piquet taking the win in the 1986 event. The 1988 Brazilian Grand Prix saw the up-and-coming Ayrton Senna deliver a memorable performance. After starting from the pit lane in what was his first race for McLaren, the Brazilian charged through the field to finish second. Unfortunately for him, he was later disqualified after switching to his spare car once the parade lap had already begun.

The 1989 race was the last held at Jacarepagua. Nigel Mansell won for Ferrari, in what was the first victory for a car with a semi-automatic gearbox.

With Senna's F1 stock quickly rising, officials in his native Sao Paulo worked hard to revamp the Interlagos circuit, with $15 million being invested.

The 1990 race was held on the shortened Interlagos, which has stayed in place since. Prost won his sixth Brazilian Grand Prix that season, the 40th of his career, though the victory wasn't well received by local fans following his clash with Senna at the previous year's Japanese GP. Senna had to settle for third after hitting back marker Satoru Nakajima, despite leading most of the race.

Senna finally took victory on home soil in 1991, even though he had suffered gearbox issues late in the race. In the end, he managed to keep Williams' Riccardo Patrese at bay, though the Brazilian needed help out of his car as he crossed the line, having been left exhausted and overwhelmed by the result.

Mansell dominated for Williams the following year, while Senna won in 1993 in a race that saw rival Prost crash on the main straight and retire. Unfortunately for the Brazilian, he spun out while trying to catch Michael Schumacher in 1994, with the German going on to take win. It proved to be Senna's final Brazilian Grand Prix, as he lost his life at the San Marino GP less than two months later.

Schumacher won from David Coulthard and Gerhard Berger in 1995, though the latter two were initially disqualified for apparently using illegal fuel. However, the decision was overturned a few weeks later.

Jacques Villeneuve took victory in the 1997 Brazilian Grand Prix, despite being caught up in a first lap incident that involved four cars. Due to this, the race was stopped and restarted, with the Canadian jumping into his spare car to win.

Juan Pablo Montoya announced himself to the Formula 1 world in 2001, muscling his way past Schumacher early on in the Brazilian event. His race went on to end in shocking circumstances, though, when he was ran into from behind by Arrows' Jos Verstappen. Coulthard won the race, which saw Michael and Ralf Schumacher become the first brothers to start on the front row of the grid together.

Giancarlo Fisichella claimed victory in the shortened edition of the 2003 Brazilian GP, as two major crashes blocked the circuit, resulting in the race being stopped. The win was initially given to Kimi Raikkonen, due to the rule that stipulated the results be taken from the running order two laps prior to the race being stopped. However, further evidence later proved Fisichella had crossed the line for the lead a second time before the race was stopped.

Fernando Alonso became World Champion at the 2005 Brazilian Grand Prix, as his third place finish behind Montoya and Raikkonen was enough to clinch the title with two races remaining. In 2006, the race was the final event of the season, and remains memorable for Schumacher - in what was his final race for Ferrari - delivering a masterclass.

A flat tyre saw him fall all the way back to 19th, but he managed to fight his way through the field and finish in fourth. Unfortunately for the German, the performance wasn't enough to win his eighth title, and Alonso secured his second championship at a race that saw Felipe Massa lead from start to finish.

There was more drama at the 2008 Brazilian Grand Prix. A late shower caused chaos, with Massa and Lewis Hamilton battling it out for the World Championship. The Briton needed to secure fifth to clinch the title, yet he found himself outside of the target with three laps remaining after being passed by Sebastian Vettel.

Both Hamilton and Vettel eventually managed to overtake Timo Glock, who was ahead of them, with Hamilton doing so on the last corner before the final straight. This meant that, although Massa crossed the line to win the race for Ferrari, the championship went to Hamilton thanks to his fifth-place finish.

The title was once again on the line in 2009, with Jenson Button finishing fifth to secure his only Drivers' Championship over Vettel.

Red Bull dominated the Brazilian GP from 2009 to 2013, with Mark Webber and Vettel both winning on two occasions. The lone blemish came in 2012, when Button took victory for McLaren. Although Vettel failed to win that day, his sixth place finish was enough to secure his third consecutive Drivers' Championship. The 2012 race also saw Schumacher participate in his final F1 race for Mercedes.

From there, the Silver Arrows won the next three events, with Nico Rosberg taking the first two and Hamilton clinching the win in 2016. The latter race featured an astonishing drive from Max Verstappen, who went from 16th to third in 15 laps after Red Bull botched their tyre strategy.

Vettel won for Ferrari in 2017, while Hamilton claimed victory the following year in what was the first Brazilian Grand Prix without a Brazilian on the grid, following Felipe Massa's retirement at the end of the previous season.

Verstappen was the winner in 2019, whilst the race was cancelled in 2020 due to the coronavirus pandemic.

Alain Prost remains the most successful driver at the Brazilian Grand Prix, winning six times between 1982 and 1990. Next on the list is Michael Schumacher with four, while Carlos Reutemann's four wins included a non-World Championship event.

As for the Constructors, McLaren lead the way with 12 victories compared to Ferrari's 11. Williams sit on six wins, one more than Red Bull and Mercedes.

After being cancelled in 2020 due to the COVID-19 pandemic, the Brazilian Grand Prix returned to the F1 calendar in 2021 and proved to be an eventful weekend in the title battle between Lewis Hamilton and Max Verstappen.

With the third and final Sprint Qualifying event of the year set for Saturday, traditional qualifying took place on Friday. Hamilton was later excluded from the session after the Drag Reduction System (DRS) on his car was found to have broken technical regulations.

Meanwhile, Verstappen was also called to the stewards but in relation to a separate incident, with the Dutchman ending up with a fine for touching Hamilton's rear wing in parc ferme.

Hamilton started from the back of the grid for the Sprint, but put in a memorable performance to work his way up to fifth, whilst his Mercedes teammate Valtteri Bottas won the event.

In the main race on Sunday, Hamilton continued his strong run of form by taking victory, with Verstappen in second and Bottas completing the podium in third.

When is the 2022 Sao Paulo Grand Prix on the F1 calendar?

The Sao Paulo Grand Prix is scheduled to take place on the weekend of 11-13 November, and is provisionally set to be the 22nd race of the Formula 1 season. The first two free practice sessions will be held on 11 November, with qualifying on Saturday 12 November at 18:00 GMT.

What time does the 2022 Sao Paulo Grand Prix start?

The Sao Paulo Grand Prix starts on Sunday 13 November at 18:00 GMT. The race can be followed live on RacingNews365's live blog and on F1 TV.