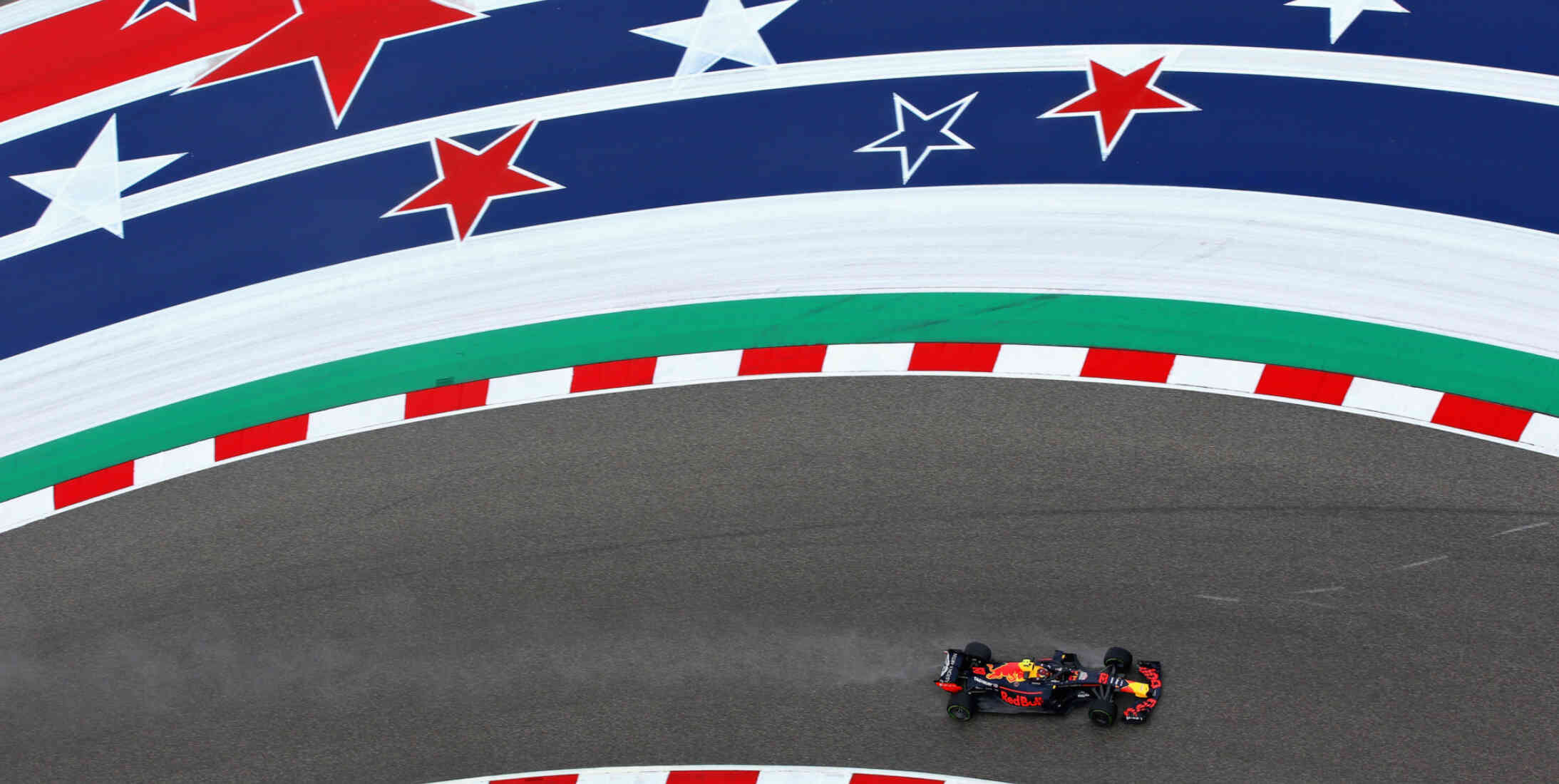 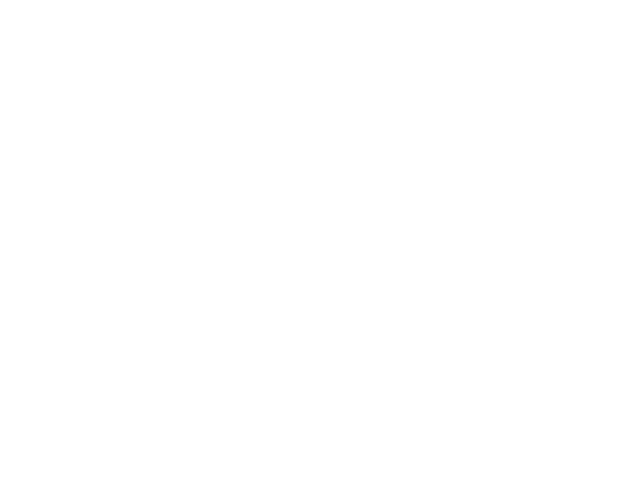 Circuit of the Americas

With F1's popularity booming in the country, the United States Grand Prix has proved to be a well-attended event in recent times. The Circuit of the Americas track - located in Austin, Texas - is the host of the race.

Run-on the 5.5 kilometre Circuit of the Americas track, the United States Grand Prix returned to the Formula 1 calendar after a four-year hiatus in 2012. The country remains an important market for the Liberty Group (who own the commercial rights to the sport).

The championship has had an on-again-off-again relationship with the United States since the first official F1 race in 1959, and since then the event has been held on a variety of tracks including Sebring, Watkins Glen, a street circuit in Phoenix, and Indianapolis.

However, with the sport's popularity booming in America in recent times, COTA will not be the only venue to host a race in the country in 2022, as the new Miami Grand Prix joins the calendar earlier in the year.

Racing in the United States dates back to 1908, when the American Grand Prize, using Grand Prix rules, was held at the Savannah Automobile Club in Georgia.

The field was made up of 14 European entries, including Benz, Fiat and Renault, to go along with six American cars. After bouncing around to different venues, the event was discontinued in 1916 as road racing fell by the wayside in the USA.

The Indianapolis 500 kept a connection to European racing, with the race included in the F1 World Championship from 1950 to 1960 as a non-championship event.

However, the first United States Grand Prix included as a championship event took place at Sebring, at an airport converted from World War II use in the isolated central Florida town. Originally scheduled for 22 March, the day after the 12 Hours of Sebring, the race was later moved to 12 December, making it the final round of the season.

The event took place nearly three months after the previous race at Monza, with Bruce McLaren taking his first career F1 win for Cooper after teammate Jack Brabham ran out of fuel on the final lap. Brabham managed to push his car over the line to finish fourth, handing him and Cooper the Drivers' and Constructors' Championships.

The exciting finish to the campaign didn't translate into a successful event for organisers, as the track's remote location meant promoters barely broke even. As a result, the race was moved to the Riverside International Raceway in California, just east of Los Angeles.

Stirling Moss won the 1960 race from pole position in his privately entered Lotus car, though the event wasn't better received than the previous year's due to a lack of promotion.

Alec Ulmann continued in his role as promoter of the United States GP and contacted organisers across the country, settling on the Watkins Glen Grand Prix Race Course in New York.

The location proved to be a success, hosting the US Grand Prix for the next 20 years. The venue gathered loyal crowds each autumn, and was a hit amongst teams and drivers, earning the name of the 'Mecca' of American road racing.

Ferrari and their recently crowned World Champion, Phil Hill, failed to make the trip for the 1961 race, with Innes Ireland winning his first and only Grand Prix for Team Lotus ahead of Porsche's Dan Gurney.

Jim Clark won in 1962, while Hill, now at BRM, took victory in the following three races, before Clark responded by winning again in the 1966 and 1967 events.

Italian-American Mario Andretti claimed pole for Lotus in his first ever Formula 1 race on a track he had never seen before in 1968, but he was forced to retire from the race, with Jackie Stewart winning for Matra.

Lotus' Emerson Fittipaldi took his debut F1 victory in 1970, in just his fourth race. This proved to be an emotional win for the team, as it came after Jochen Rindt was killed during practice for the Italian Grand Prix.

Watkins Glen was changed considerably in 1971 at a cost of nearly $2.5 million, transforming it from a small, quick circuit to a fast, sweeping track where most corners were banked and long.

Francois Cevert won his only Grand Prix for Tyrrell at the 1971 race, with the Frenchman finishing second to teammate Stewart the following year.

However, tragedy struck at the 1973 United States Grand Prix when Cevert lost control and hit a barrier at high speed during qualifying. The Frenchman's car flipped over the barriers, killing him instantly. Team manager Ken Tyrrell withdrew the team and Stewart, who had planned to retire after the race having won his third Drivers' Championship at Monza, did so with immediate effect.

Fittipaldi and Ferrari's Clay Regazzoni entered the 1974 race level on points. With the title on the line, Regazzoni ran into a host of problems and finished out of the points, while Fittipaldi crossed the line fifth to take the second title of his career. Unfortunately the race was marred by another casualty, with Surtees' Helmuth Koinigg losing his life after crashing head-on into the barriers.

Recently crowned World Champion Niki Lauda beat Fittipaldi to the line in 1975, though the race wasn't without controversy. Regazzoni held up Fittipaldi for six laps in order to help his teammate, Lauda. After the Swiss driver was black flagged, Ferrari team manager Luca di Montezemolo decided to withdraw Regazzoni out of protest.

The recent passing of Ronnie Peterson two weeks earlier at Monza hung over the 1978 US race, with Andretti having already clinched the title before coming to Watkins Glen. The event was won by Ferrari's Carlos Reutemann, while Gilles Villeneuve took the chequered flag for the Scuderia the following year in wet conditions.

By this point the track had begun to deteriorate, with drivers unhappy with the bumpy service, while teams raised concerns over the facilities, lack of security and rowdy fans.

By 1978, the European motorsports governing body FISA (Federation Internationale du Sport Automobile) asked track owners to make improvements, otherwise the race would be cancelled in 1980. Organisers were able to get a reprieve, though they took a loan from FOCA - the Formula One Constructors Association - in order to pay the prize money and other expenses.

Alan Jones won the 1980 United States GP ahead of teammate Reutemann in what proved to be the final race at the Glen, with the event cancelled the following year due to unpaid debts.

While races in the United States continued on street circuits in Detroit, Dalls and Las Vegas as non-championship events, it wasn't until 1989 that another Grand Prix was held.

F1 travelled to the Phoenix Street Circuit in Arizona. The inaugural event was held in June, Detroit's former date. Temperatures in Phoenix regularly reach over 43 degrees Celsius at that time of the year, though 34,441 tickets out of the 40,000 capacity were sold. Alain Prost won the race for McLaren, and the event was moved to March in the following two years.

Ayrton Senna won twice for McLaren before FISA voted to cancel the contract with the city of Phoenix. Despite rumours of a race in New York City or Las Vegas, an F1 race wouldn't be held in the United States for the next nine years.

The United States Grand Prix returned in 2000, with F1 making the trip to the famous Indianapolis Motor Speedway. An initial crowd of over 225,000 made the event one of the largest ever in F1, with Michael Schumacher taking the chequered flag en route to his third Drivers' Championship.

In 2001, the race took place less than three weeks after the September 11 attacks, with drivers and teams paying tribute. Mika Hakkinen claimed victory, the final win of his Formula 1 career.

Teams using Michelin tyres ran into problems in 2005, as safety concerns with the compound saw seven teams withdraw from the race on the formation lap. The three teams using Bridgestone tyres were left to compete on their own, with Schumacher taking a third consecutive win at the venue ahead of teammate Rubens Barrichello in what proved to be a controversial weekend for the sport.

Schumacher made it four in a row the following year, while Lewis Hamilton's win in 2007 proved to be the final United States GP held at Indianapolis.

With F1 and the Indianapolis Motor Speedway unable to agree on terms, the event was left off the calendar in 2008. Despite hopes that the race would return in 2009, that did not prove to be the case.

Efforts then shifted to try and bring a race to the New York City region, with plans emerging that a circuit would be built in Jersey City's Liberty State Park in May 2010.

Those plans, along with several others, were abandoned after Austin, Texas was awarded a 10-year contract in May 2010. Held on a purpose-built new track, the Circuit of the Americas was designed on 800 acres of land east of the city.

Reigning champion Sebastian Vettel clinched pole for the first race at the circuit in 2012, though it was Hamilton and McLaren who took the chequered flag, as the two finished almost 40 seconds clear of third.

Boosted by the title fight between Hamilton and Nico Rosberg, nearly 270,00 attended the race in 2016, with the Briton winning once again, this time for Mercedes. Hamilton was victorious at the United States Grand Prix from 2014 to 2017, before Kimi Raikkonen ended his run in 2018, marking the Finn's first win since the 2013 Australian Grand Prix.

Valtteri Bottas claimed victory in 2019, while the 2020 race was cancelled due to the COVID-19 pandemic.

Lewis Hamilton is the most successful driver at the United States Grand Prix, winning the event on six occasions since his first victory back in 2007. He is followed by Michael Schumacher on six, while Graham Hill and Jim Clark have both taken victory at the event three times.

As for constructors, Ferrari lead the way with 10 victories, while Lotus and McLaren both have eight to their name.

After the United States Grand Prix was cancelled in 2020 due to the COVID-19 pandemic, F1 returned to the Circuit of the Americas in 2021.

Max Verstappen qualified on pole for Red Bull ahead of championship rival Hamilton. Although the Mercedes driver took the lead at Turn 1, the Dutchman reclaimed the top spot during the first round of pit-stops.

Red Bull opted to bring in Verstappen early for his second stop and, although Hamilton put him under heavy pressure in the closing stages, he managed to fend the Briton off and take the chequered flag. Verstappen's teammate Sergio Perez rounded out the podium.

When is the 2022 United States Grand Prix on the F1 calendar?

The United States Grand Prix is scheduled to take place on the weekend of 21-23 October, and is provisionally set to be the 20th race of the Formula 1 season. The first two free practice sessions will be held on 21 October, with qualifying on Saturday 22 October at 23:00 GMT.

What time does the 2022 United States Grand Prix start?

The United States Grand Prix starts on Sunday 23 October at 20:00 GMT. The race can be followed live on RacingNews365's blog and watched on F1 TV.