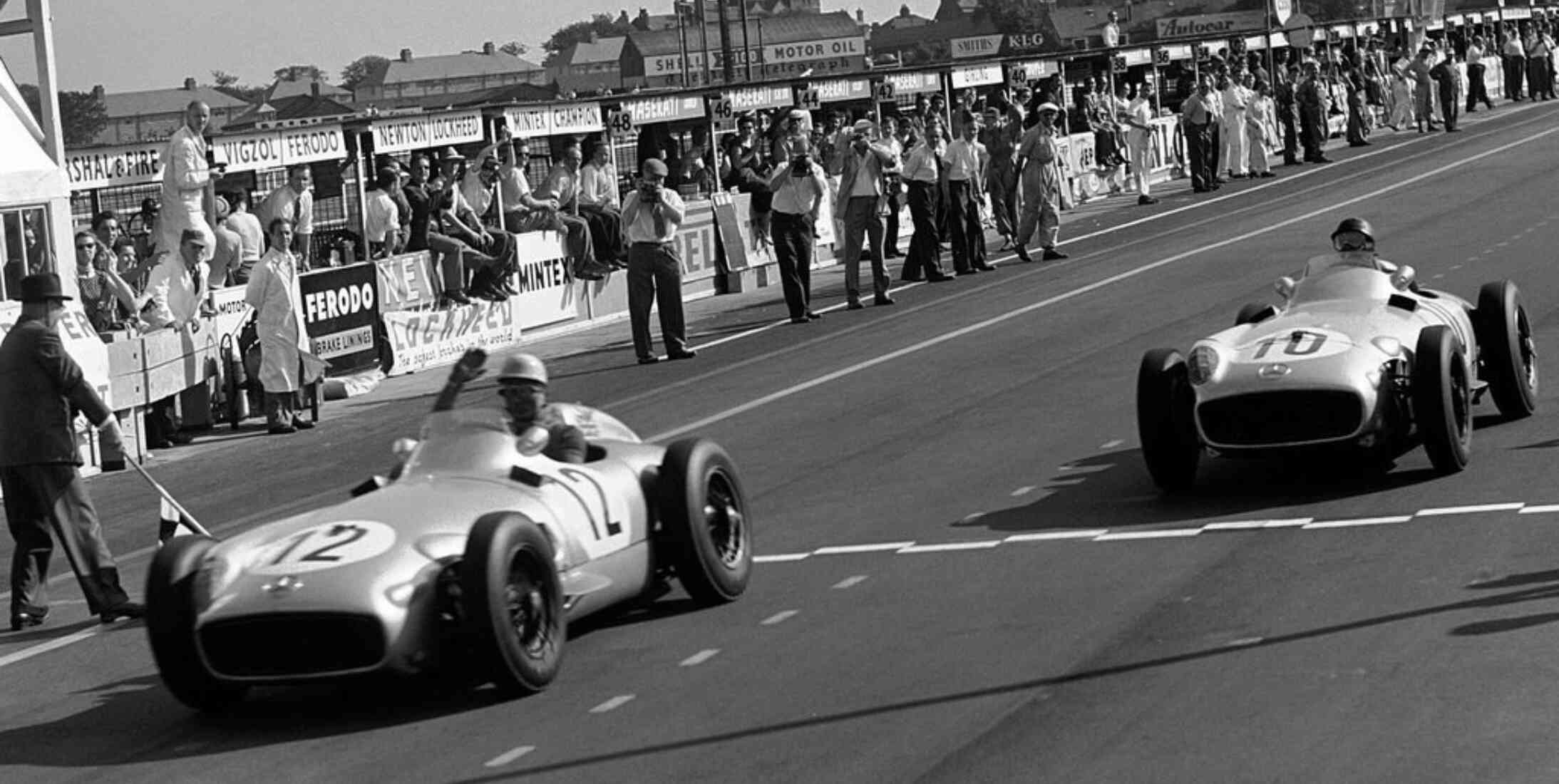 Argentine legend Juan Manuel Fangio’s record speaks for itself. In his seven seasons competing in Formula 1, he won the title a staggering five times. Of the 51 races he took part in, he won 24 of them and amassed a further 29 pole positions. His record of five world championships, achieved with four different teams would stand for 46 years.

Born in Balcarce, Argentina on June 24, 1911, Juan Manuel Fangio would get his introduction to automobiles at the age of 11 when he dropped out of school and worked as a mechanic. Fangio would then begin his racing career by competing in South American long-distance races that were incredibly challenging, running across several different terrains, high altitudes, snow, deserts and insect-ridden jungles.

Fangio won so many races that by the time he began racing in Europe at the age of 38 he would bring with him a repertoire of skills that encompassed both racecraft and mechanical knowledge.

Fangio would move to Europe in 1948. Racing was extremely perilous during this time, as drivers often competed on circuits with very little in the way of protection and in cars that were physically taxing to drive.

The Argentine would compete in F1’s first ever season in 1950. Racing for the Alfa Romeo team alongside Giuseppe Farina, Fangio recorded three wins and retired from three other races. He finished second overall in the championship, behind his teammate Farina.

Continuing with the Alfa Romeo team in 1951, Fangio would improve on his previous season winning three more races and attaining two-second places, helping him beat Ferrari’s Alberto Ascari to the title. With the 1952 F1 season set to run under Formula 2 regulations, Alfa didn’t enter the championship which left Fangio without a drive. However, the Argentine would compete in several non-championship races, one of which was scheduled to take place at Monza with the Argentine driving a Maserati. Fangio, who missed his flight from France, drove through the Alps and arrived just in time for the race at Monza. He would start from the back of the grid and crash shortly after on the second lap due to fatigue from driving the entire night. He would miss the remainder of the season due to a broken neck he sustained from his crash.

Fangio returned to Formula 1 in 1953 driving for Maserati, though the combination would be no match for the reigning champions Ascari and Ferrari. He would finish second in the championship securing just one win to the Italian’s five. Fangio would start the 1954 season racing for Maserati, winning his home race in Argentina along with the Belgian Grand Prix.

Despite his early successes, Fangio would switch to Mercedes from the fourth round onwards and claim his second world championship with the German outfit. Fangio would comfortably win his third world championship in 1955, beating out teammate Stirling Moss. The Argentine would then win his fourth title with Ferrari after Mercedes withdrew from all forms of motorsport at the end of 1955.

Fangio’s final title came in his last full season in the sport in 1957. He would once again swap teams, this time leaving Ferrari for Maserati. The move proved to be a masterstroke as Ferrari would fail to win a single race that year, while Fangio would win four along with his fifth title at the age of 46.

Fangio would race three rounds in 1958 and retire after finishing fourth at the French Grand Prix.