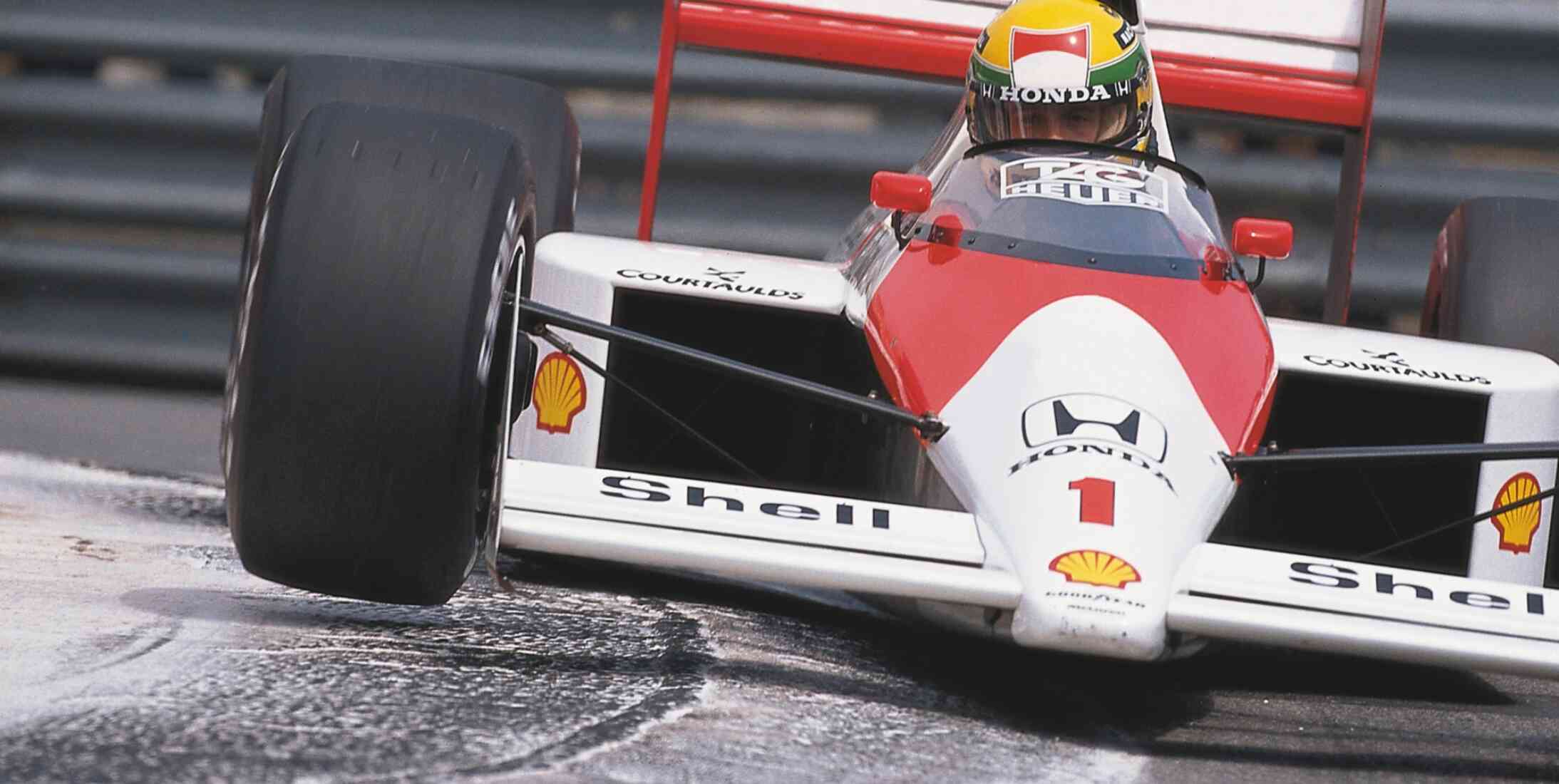 Although his passing came over 25 years ago, Ayrton Senna is still viewed as one of the greatest drivers to ever take the Formula 1 grid. The Brazilian won three world championships during the course of his career while earning the reputation as one of the finest drivers in the rain. His tragic death at the 1994 San Marino forever changed the sport.

Ayrton Senna da Silva was born on March 21, 1960 in Sao Paulo. His career in motorsport started out in karts at the age of four, before moving to England in 1981 to pursue single-seater racing. Impressive showings in Formula Ford and British F3 caught the attention of Williams, McLaren, Brabham and Toleman. Despite impressing during testing he eventually joined Toleman, a relatively new team running the less competitive Pirelli tyres.

It didn’t take long for Senna to make his mark during his first F1 season. The Monaco Grand Prix took place under heavy rain, with the Brazilian showing his remarkable skills in tricky conditions for the firs time. Championship and race leader Alain Prost stormed into the lead but asked that the race be stopped on several occasions. The red flag was eventually shown though Senna had already passed Prost after gaining close to four seconds a lap. However, the positions reverted to the last lap completed by every driver giving the controversial victory to the Frenchman. It would be the first of many battles on and off the track between the two.

Senna’s stay with Toleman lasted for just one season as he joined Lotus in 1985. The switch proved to be the right call as he claimed his first Formula 1 victory with the team at the Portuguese Grand Prix in wet conditions. He would go on to claim 41 wins over the course of his career.

Lotus took on Honda engines for the 1987 season, and the relationship Senna built with the Japanese company helped him secure a move to McLaren in 1988 after the team secured Williams’ supply of Honda V6 turbo engines for 1988. The Brazilian teamed up with Prost to create one of F1’s greatest pairings, as the duo won 15 of the 16 races en route to Senna’s first world championship.

The battle with Alain Prost

Things quickly turned sour with Prost, as the two drivers butted heads on and off the track with regularity. The built up animosity led to one of F1’s most memorable moments at the Japanese Grand Prix. Prost and Senna collided, seemingly handing the title to the Frenchman. While Senna received a push-start from track marshals and won the race he was eventually disqualified, thus handing the title to Prost.

The poor relationship between the two resulted in Prost leaving McLaren for Ferrari, but things remained heated on the track. The battle for the championship saw the two head to Japan with the title in the balance. Although Senna outqualified Prost, race officials decided to move pole position to the dirty side of track, a decision that angered the Brazilian as his rival was now on the ideal line.

Prost got off the line first at the start, but Senna attempted to repass him heading into Turn 1. The Brazilian kept his foot on the accelerator, with the resulting collision knocking both men out of the race. Unlike the previous year, this time it was Senna benefitted as he clinched his second world title, before adding a third in 1991.

After two subpar seasons that saw Senna fail to challenge for the title, the Brazilian joined Williams for the 1994 season. However things got off to a rocky start as Senna failed to finish any of the first three races ahead of the San Marino Grand Prix.

The weekend got off to a horrible start after Rubens Barrichello was injured during Friday practice, while things took a tragic turn when Roland Ratzenberger was killed during Saturday qualifying.

Unfortunately the tragedy continued raceday on May 1, 1994. Senna lost control of his Williams car at Tamburello, crashing into the wall at over 230km/h before being thrown back onto the track. The race was stopped as Senna received treatment, though it was eventually restarted with Michael Schumacher crossing the line first. At 18:40 local time authorities made the grim announcement of Senna’s passing, with his official time of death being 14:17 when he crashed into the wall.

The tragedy shook the Formula 1 world and Brazil, with the country announcing a three-day mourning period for their fallen hero.