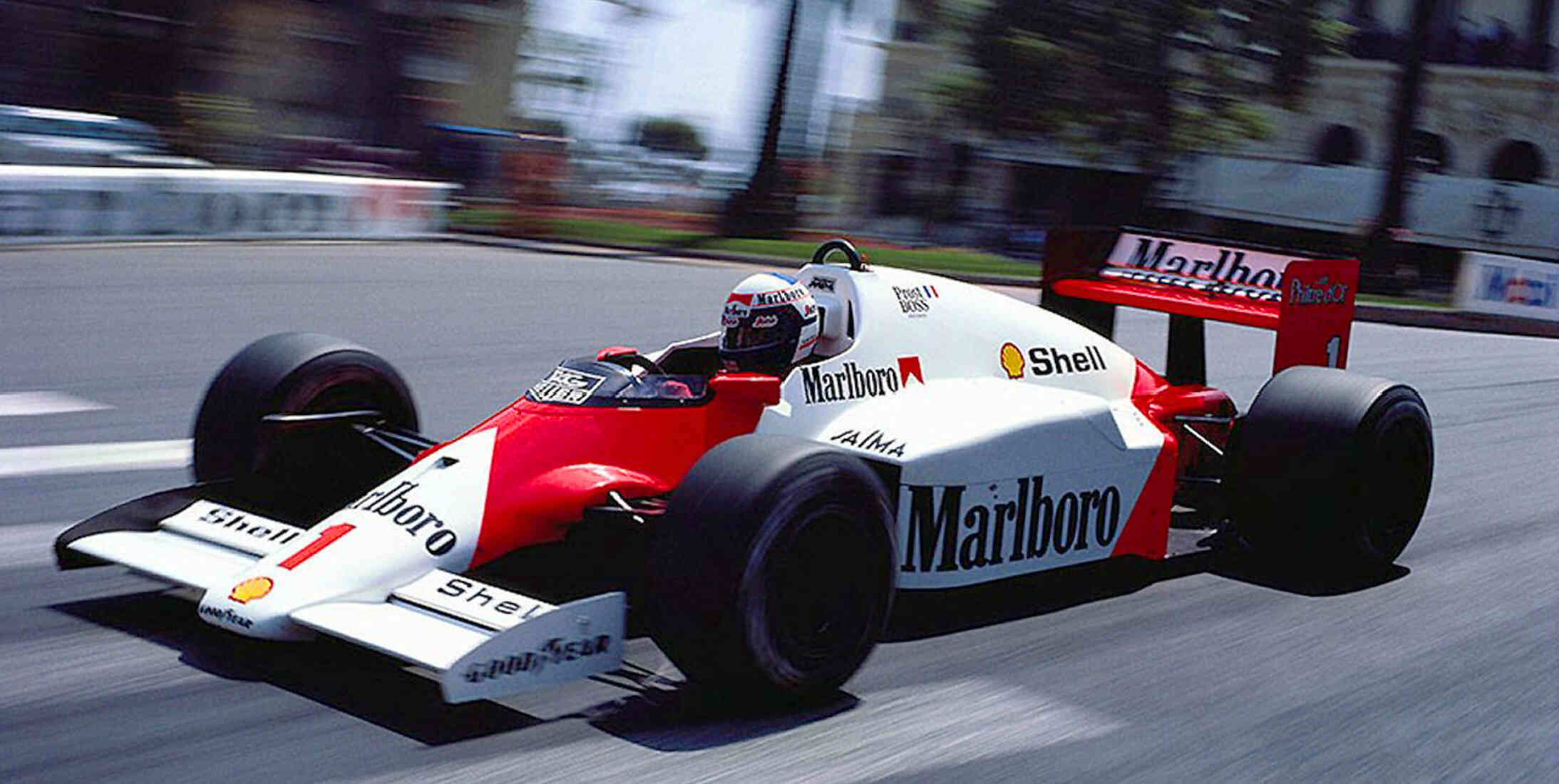 Alain Prost is one of the most successful Formula 1 drivers of all time with a career spanning from 1980 to 1993. A four-time world champion, the Frenchman had 51 victories to his name. After hanging up his gloves he returned to Formula 1 as a team boss.

Prost began his career at the age of 14 after discovering karting while on a family vacation. From there we won several titles, prompting him to leave school in order to become a full-time driver. More success followed as Prost won several classes, including Formula 3, which caught the eye of several Formula 1 teams. After carefully considering his options, the youngster signed on with McLaren for the 1980 season.

Start of his Formula 1 career

Prost showed what he was capable of immediately, securing a point thanks to a sixth place finish on his debut in Argentina. He would add another four points to his tally over the course of the season and finish level with Emerson Fittipaldi in 15th. Prost then left Mclaren after just one season and joined Renault, driving for the French team from 1981 to 1983 while claiming his first Formula victory during his second season there. His final campaign with the team saw him finish second in the drivers’ standings, two points behind Nelson Piquet. However a falling out with the team saw him sacked two days after the final race in South Africa, opening the door for a return to McLaren.

Partnered by two-time world champion Niki Lauda for the 1984 season, the Frenchman once again fell just short of winning the title. Despite claiming seven wins to the Austrian’s four, Prost lost the title at the final race of the season by half a point. Determined not to miss out on another chance at glory in 1985, Prost finished 20 points ahead of his closest rival to become the first French world champion. Keke Rosberg replaced Lauda for the 1986 campaign but it mattered little as the Frenchman successfully defended his title, beating out Williams duo Nigel Mansell and Piquet in spectacular fashion at the final race of the season, the Australian Grand Prix.

Things didn’t go as well in 1987 as Prost finished behind both Williams drivers (champion Piquet and Mansell) and the ever-improving Ayrton Senna, though he did record four victories. Honda left Williams for McLaren in 1988, kickstarting a dream partnership that paid immediate dividends as Prost and new teammate Senna won 15 of the 16 events. Although the Frenchman outscored the Brazilian by 11 points, only the 11 best results contributed to the drivers’ championship, resulting in Senna winning the first of his three titles.

The rivalry continued heading into the 1989 season, with Prost coming out on top after a controversial collision between the two drivers at the penultimate race in Japan. The incident only added to the Frenchman’s growing distrust of Senna, who he felt was backed by team principal Ron Dennis. As a result Prost left McLaren after three world titles and joined Ferrari.

The Frenchman joined Nigel Mansell at the Scuderia for the 1990 season, replacing Gerhard Berger. The duo finished 1-2 twice, with Prost crossing the line first on five occasions to once again set up a clash with Senna at the penultimate race of the season in Japan. The two collided entering the first corner after the Brazilian failed to brake, taking both men out of the event and handing the title to Senna. Prost made his thoughts on the Brazilian known, calling him “a man of no value”. It started a downward trend for the Frenchman at Ferrari, as Mansell was replaced by Jean Alesi and the car struggled on the track. Prost failed to win a race in 1991, and he was sacked before the end of the season after publicly criticising the team and car.

Prost took a sabbatical in 1992 with Mansell and Williams dominating the campaign thanks to nine wins over 16 events. As a result the Frenchman opted to sign on with the team for the 1993 season, a move that prompted Mansell to leave and join the CART series. Partnered by Damon Hill, Prost kept Senna and his teammate at bay to win his fourth championship before announcing his retirement.

Prost returned to F1 in 1997, buying the Ligier team from Flavio Briatore and renaming it Prost Grand Prix. The team took part in five Formula 1 seasons, but success proved hard to come by as they managed just three podium finishes. With the team struggling financially they folded ahead of the 2002 season.