Sergio Perez has the difficult task of being Max Verstappen's teammate in Formula 1, a role that's proven tricky for some. However he did his job perfectly in Azerbaijan by taking the chequered flag. In doing so, he secured a unique record. 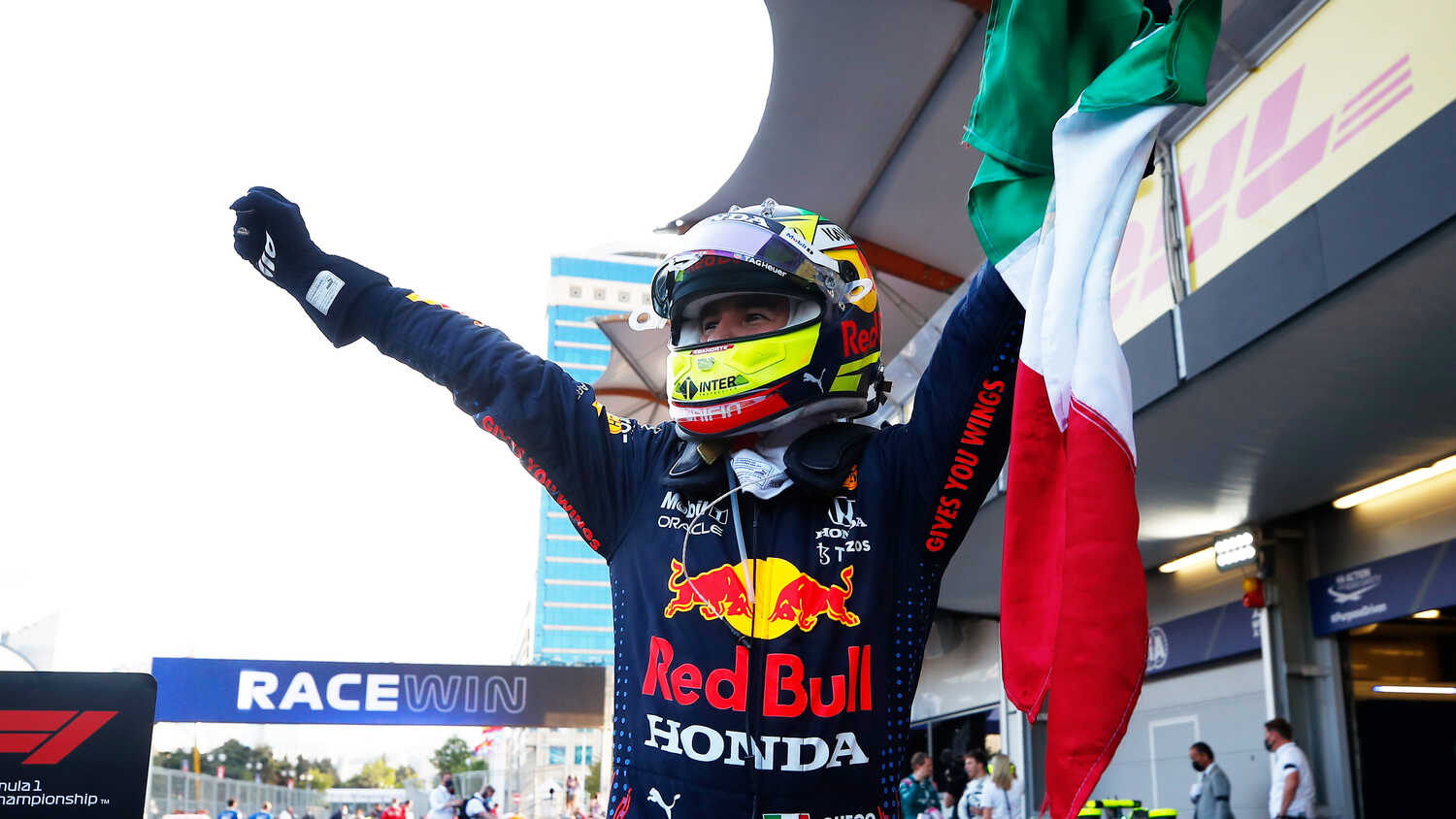 It wasn't long ago that Sergio Perez was still searching for his first Grand Prix victory in F1, however things have changed in a hurry.

The Mexican won the Sakhir Grand Prix in Bahrain in late 2020, setting a record that he would have perhaps preferred to avoid. Perez became the driver with the most race starts before his first victory.

While the win was no doubt a welcome sight, the record (190 Grand Prix) showed that Checo had to wait quite a long time for it. Now, exactly seven races later, he's managed to secure his second Formula 1 victory.

As a result the Red Bull ace is the first driver to have won with two different teams, Racing Point and Red Bull, since the start of the hybrid era in 2014. In the case of Lewis Hamilton and Nico Rosberg, this makes sense given they've only driven for one team. This doesn't apply to all the other GP-winners.