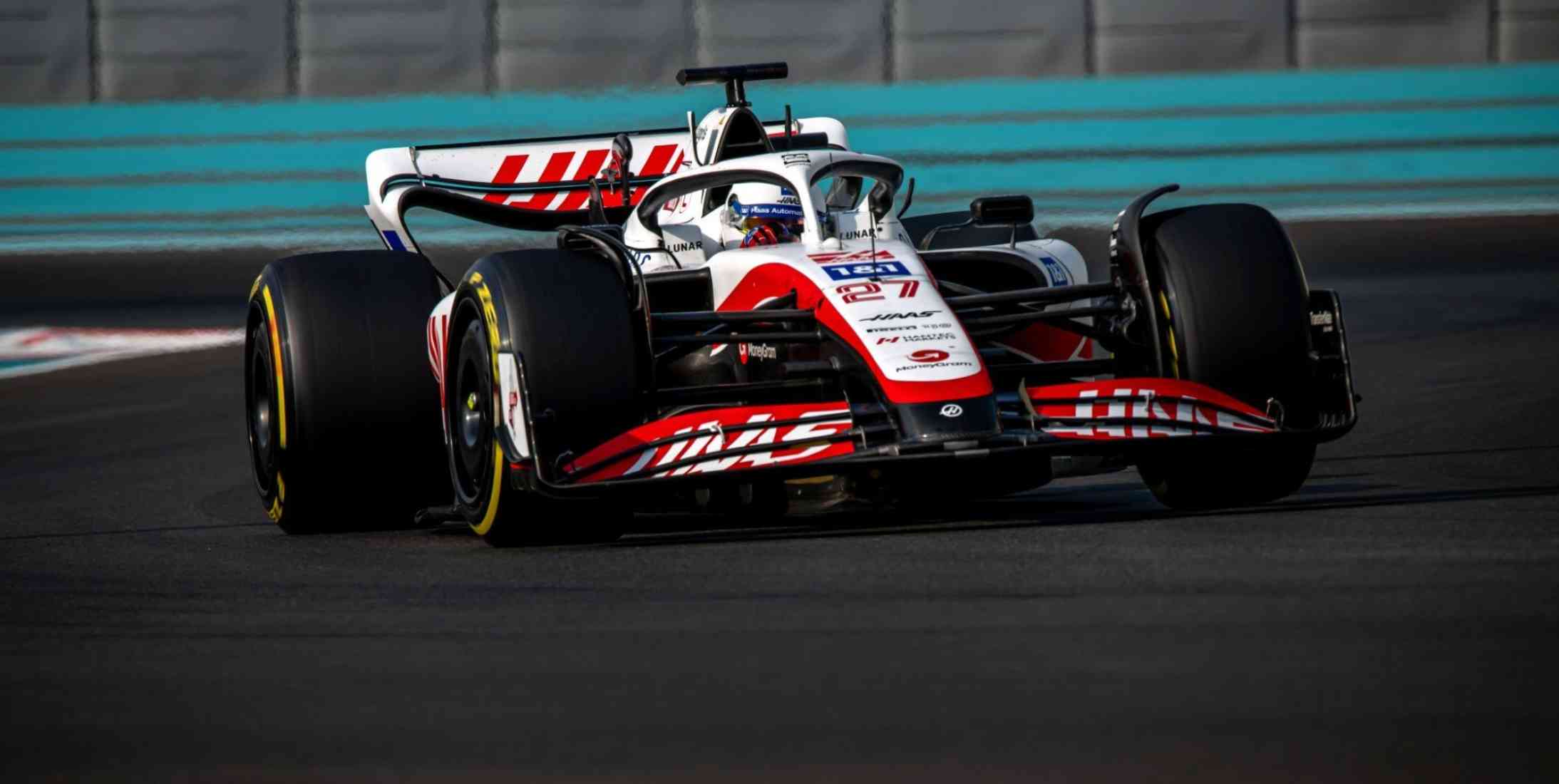 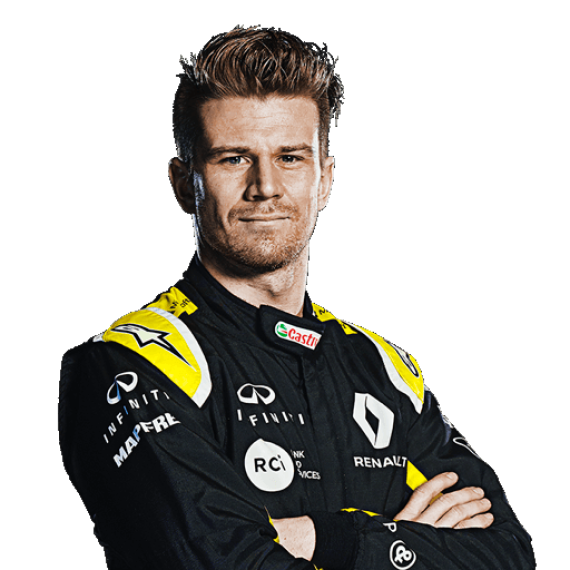 Experienced F1 driver Nico Hulkenberg returns to the sport in 2023. He will replace Mick Schumacher to race alongside Kevin Magnussen at Haas.

A driver with a racing CV full of accolades, Nico Hulkenberg's F1 career is one unfairly highlighted with unenviable records and near-misses.

Having won championships on almost every step towards F1, the German is yet to break his streak of never having finished on the F1 podium.

How did such a naturally gifted racer get to this point in his racing career? Here is everything you need to know about the life of Nico Hulkenberg.

The signs of Hulkenberg's driving ability were there from an early age. He took karting titles in Germany before making his move to single-seater cars in 2005.

Initially competing in Formula BMW in Germany, Hulkenberg pipped Sebastien Buemi to that championship before making race-winning appearances in the German F3 Championship. He followed this up with championship success in the now-defunct A1 GP series, in amongst a run to third place in the Formula 3 Euro Series.

Hulkenberg secured the Formula 3 Euro Series at the second attempt in 2008, taking the title comprehensively before following up with a dominant, championship-winning GP2 campaign to put him first in the queue of drivers to be promoted to F1.

Hulkenberg duly moved into F1 in 2010 with Williams, partnering the experienced Rubens Barrichello.

The German made steady progress in his debut year, taking a best finish of sixth at the Hungarian Grand Prix, and notably scoring his maiden pole position at the season's penultimate round in Brazil, successfully gambling on a late switch to slick tyres on a drying track.

But despite a solid season, rumours began to circulate that Hulkenberg would lose his drive for 2011 to the well-funded Pastor Maldonado, and sure enough, after the season finale in Abu Dhabi, team boss Frank Williams confirmed that the Venezuelan would replace Hulkenberg for 2011.

A year on the sidelines, then a return to the grid

With no prospect of finding a race seat so late in the year, Hulkenberg instead took a reserve driver role at Force India, driving for the team in all but five Friday practice sessions that season.

After a year on the sidelines, Hulkenberg was promoted to a race seat with Force India for 2012, replacing Adrian Sutil to line up alongside Paul Di Resta.

The German impressed on his return to the cockpit, outscoring Di Resta by 63 points to 46 and finishing a career-best fourth at the Belgian Grand Prix.

Hulkenberg also performed strongly in the season-ending Brazilian Grand Prix, where he took the lead in changeable conditions and led the race for 29 laps.

Unfortunately for the German, his victory challenge ended on Lap 54 when he half-spun into Lewis Hamilton, ending the Briton's race and seeing himself slapped with a time penalty. Hulkenberg would go on to finish fifth, but it was very much a case of what might have been.

A stint at Sauber before a return to familiar surroundings

2013 saw Hulkenberg on the move, with the German heading to Sauber for the new season. The German once again got the better of his teammate, comprehensively outscoring Esteban Gutierrez by 51 points to six.

The Sauber C32 initially proved a tricky beast to tame, and Hulkenberg scored only seven points in the first half of the season.

However, the Swiss outfit were more competitive in the second half of 2013, with Hulkenberg notably qualifying an excellent third on the grid at Monza, and taking six points finishes in the last eight races to end the season 10th in the Drivers' standings.

Though the German's good form saw him linked with a move to Mercedes, that seat would ultimately be taken by Lewis Hamilton, and Hulkenberg instead returned to Force India for 2014 in place of his former teammate Di Resta, this time with Sergio Perez for company.

Though Perez would score the team's only podium of the year with third at Baku, once again it was Hulkenberg who notched the lion's share of the team's points, taking 96 points to Perez's 59, aided by a ten-race scoring run from the season's start.

Hulkenberg and Perez would remain teammates at Force India for 2015, but this time the Mexican would emerge on top, scoring 78 points to 58 for the German, and once again taking the team's only podium finish of the season, with third in Sochi.

Force India's 2015 season was helped by the introduction of a B-spec chassis midway through the season that allowed Hulkenberg and Perez to be more competitive.

Indeed, though the team scored 19 points fewer than in 2014, they finished one place higher in the Constructors' Championship, ending the season in fifth place for the first time.

Perez and Hulkenberg would have a third season as teammates in 2016, and once again the Mexican emerged on top, scoring two podium finishes on his way to 101 points, while Hulkenberg once again failed to trouble the top three, and managed only 72 points, with a fourth place at Spa the highlight of his year.

Though Hulkenberg had not yet managed to crack the top three in Formula 1, the German did take victory in the 2015 Le Mans 24 hour race, winning sportscar racing's blue riband event at the wheel of a Porsche 919 along with Earl Bamber and Nick Tandy.

Hulkenberg's win made him the first serving F1 driver to win Le Mans since Johnny Herbert and Bertrand Gachot triumphed in 1991, and breathed new life into an F1 career that was in danger of stagnating in the midfield.

Having driven for Force India for four seasons, Hulkenberg elected to move onto pastures new for 2017, accepting an offer to lead the Renault team that had returned to F1 the previous year.

With Renault still in a rebuilding stage, expectations were not especially high, and Hulkenberg's return of 43 points was considered a satisfactory return, especially with teammate Jolyon Palmer struggling in the sister car and scoring only eight points before leaving the team after the Japanese Grand Prix.

2018 saw another step forward for Hulkenberg and Renault. The German improved his overall points tally to 69, which was enough to place him seventh in the Drivers' Championship behind the Ferrari, Red Bull and Mercedes drivers.

Hulkenberg also got the better of new teammate Carlos Sainz, who scored 53 points, with the two drivers ensuring that Renault ended the season fourth in the Constructors' Championship.

The German also walked away unharmed from a dramatic accident at the season-ending Abu Dhabi Grand Prix, where he was tipped into a spin by Romain Grosjean and barrel-rolled into the barriers.

With visible progress over two years, Hulkenberg might have seen 2019 as the year when he could finally score that first podium finish.

Alas for the German, Renault's progress stalled in 2019, with Hulkenberg slipping to 14th in the Drivers' standings with only 37 points.

The German was also overshadowed by new teammate Daniel Ricciardo, who had come into the team amid much fanfare, and when Renault wished to bring Frenchman Esteban Ocon on board, Hulkenberg was shown the door at the end of 2019.

With no seats available for 2020, Hulkenberg was forced onto the sidelines that year, but was given an unexpected chance to shine four races into the season when Sergio Perez contracted Covid and Racing Point drafted Hulkenberg in at short notice to replace his old teammate.

Though power unit issues prevented the German from starting the British Grand Prix, he kept his seat for the following weekend's 70th Anniversary Grand Prix at the same venue, and reminded everyone of his talent by qualifying a brilliant third, and then racing solidly to finish seventh.

Perez returned to his seat thereafter, but Hulkenberg was again called upon to deputise for Racing Point later in the year, as this time Lance Stroll had tested positive for Covid.

Qualifying last after having missed all the practice sessions, Hulkenberg made his way through the field and finished a fine eighth.

More substitute appearances and a full-time ride at last

Having served as a stop-gap for Racing Point in 2020, the team now known as Aston Martin signed Hulkenberg up as their dedicated reserve driver for 2021 and beyond.

With no prospect of a full-time drive on the horizon, Hulkenberg tested an IndyCar in the closing weeks of 2021, but eventually decided against a switch to the US-based series.

Though Hulkenberg was not called upon to race in 2021, the German was pressed into action for the first two races of 2022, after Sebastian Vettel became the latest driver to be laid low with Covid.

The AMR22 was not a car with which Hulkenberg could truly display his talents, but the German brought the car home on both occasions, finishing ahead of Stroll in Saudi Arabia.

Hulkenberg had at least managed to stay relevant and remind everyone of his presence, which must have worked in his favour when Haas decided to replace the error-prone Mick Schumacher for 2023.

With his solid super-sub performances still uppermost in people's minds, Hulkenberg was given the drive at Haas, and will thus make a full-time return to the F1 grid for the first time in four years.

Though Haas are unlikely to be fighting at the front of the grid in 2023, Hulkenberg at least has the full-time ride that his talent deserves.