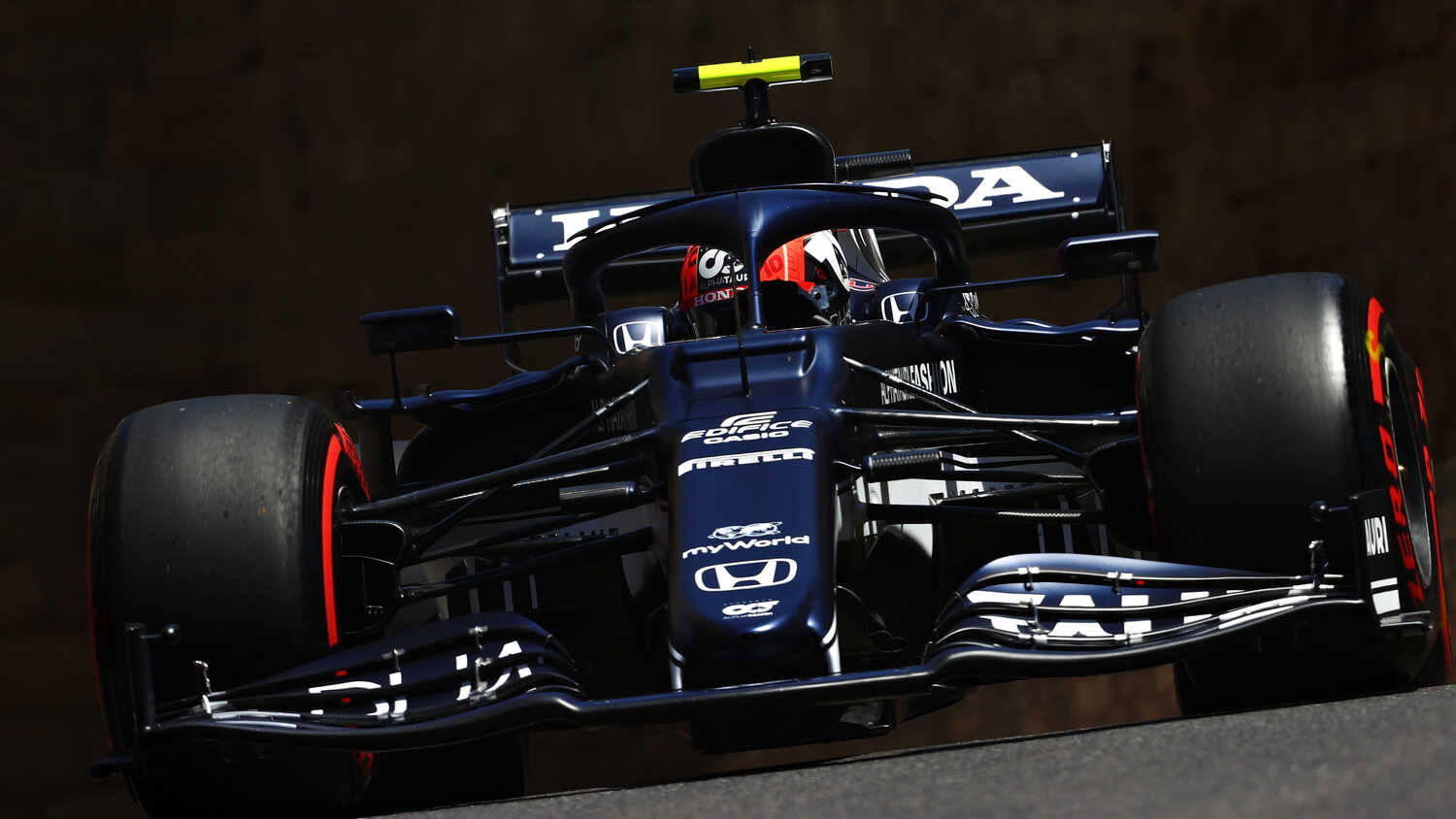 Pierre Gasly has explained that he did not have full power from his Honda power unit for the second half of the Azerbaijan GP but was able to hold on to score his third podium in Formula 1.

Gasly was running strongly until a problem with his engine cost him some performance. Despite being overtaken by Sebastian Vettel, Gasly took full advantage of Lewis Hamilton's mistake after the red flag to hold off Charles Leclerc to finish in third place.

"We had a great pace the especially at the start of the race, we were keeping up with the top guys," Gasly told RacingNews365.com and other select members of the press.

"Then from the midway stage we had an engine issue so we started to lose performance on the straights and that's when it started to be a bit more difficult for us.

"I need to have a look at the data but it was clearly a pretty big performance difference with Yuki [Tsunoda], for example. The guys told me to make a lot of engine switches to try to limit the damage."

Gasly fought hard with Charles Leclerc on the last lap with the Ferrari driver initially overtaking Gasly. However, the Frenchman was able to get into the slipstream of Leclerc and braked very late to re-pass Leclerc going into Turn 1 in a brilliant battle.

"I was very strong in the second sector but the straight was very hard. Sebastian passed us as I could not really do anything there," said Gasly. "I braked on the limit with Charles as I really wanted to get the podium.

"I took a big risk but it was clearly worth it. I really enjoyed the battle. It was intense racing, very hard racing and fair racing as we like it.

"The whole weekend we showed strong performance and it came out of nowhere. From lap one I just felt very confident in the car."