VIDEO: Did this 2015 crash trigger FIA's warning to Verstappen?

A 2015 finish line crash at the Red Bull Ring may have been on the FIA's Michael Masi's mind, when he told Red Bull that Max Verstappen's celebratory burnout wouldn't be tolerated.. 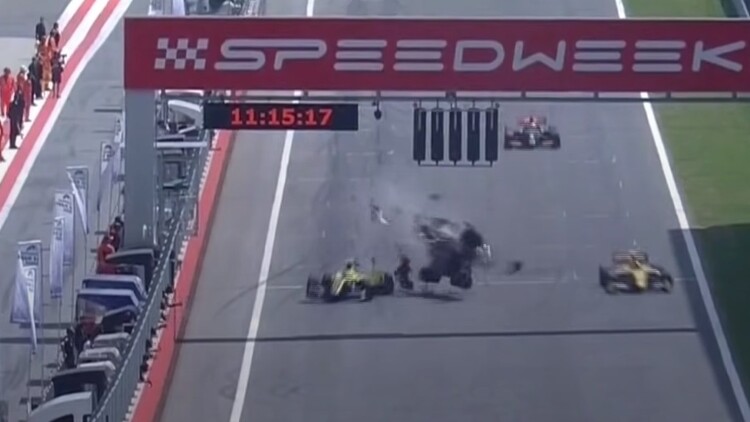 After the Styrian Grand Prix, Max Verstappen was criticised by race director Michael Masi for slowing down on the start finish to perform a celebratory burnout.

The FIA race director and safety delegate warned Red Bull that the move wouldn't be tolerated again and that a repeat display could result in more than a slap on the wrist next time.

Masi may have judged that move with the images below in mind.

In 2015, former Formula 1 driver Roberto Merhi slowed on the line at the end of a race in Formula Renault 3.5.

That move had terrifying consequences. Nicholas Latifi slammed into the back or Merhi and was catapaulted into the air, but luckily got out unharmed.

In a somewhat bizarre coincidence, it was the Canadian driver who was the first to pass the celebrating Verstappen at the end of the race last weekend. Strange, eh?

Check out the footage from the 2015 crash below.