Nicholas Latifi has issued a statement in response to the negative messages he has received on social media following the Abu Dhabi Grand Prix. 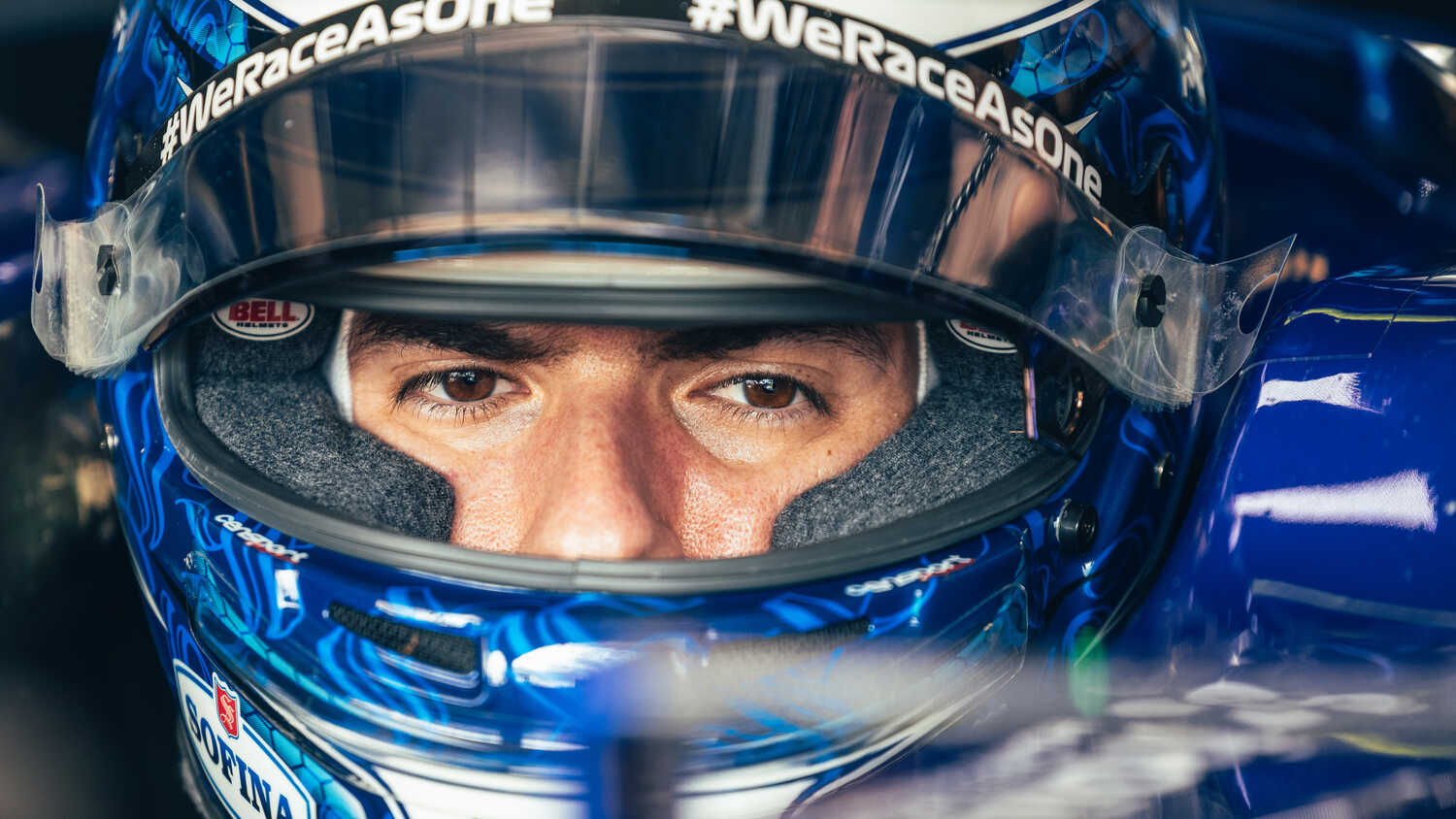 Nicholas Latifi has opened up about the "hate, abuse and even death threats" he has received on social media in recent days, after the Williams driver brought out the Safety Car that changed the outcome of the Abu Dhabi Grand Prix and the title race.

Mercedes' Lewis Hamilton was cruising to what would have been a comfortable victory at the Yas Marina Circuit when Latifi hit the barriers in the final sector and brought out the Safety Car.

This gave Red Bull the opportunity to pit Max Verstappen for Soft tyres and restart the race right behind Hamilton, who was on old Hard tyres. Verstappen then passed Hamilton to win the race - and with it the title - on the final lap.

In the wake of the incident, Latifi said it was "not my intention" to play a role in the title fight and has since revealed the volume of negative messages he has received across his social channels.

In a statement, Latifi said: "I've purposely been staying away from social media to kind of let things settle down from the events of the last race.

"A lot has been made of the situation that came about after my retirement in Abu Dhabi. I've received thousands of messages to my social media accounts – publicly and via DMs. Most have been supportive, but there's been a lot of hate and abuse, too.

"I've been trying to figure out the best way to go about handling this. Do I ignore it and carry on? Or do I address it and tackle the bigger issue that is sadly a reality when you use social media?

"This isn't some scripted statement, but rather me speaking my mind in the hope that this maybe sparks another conversation about online bullying and the drastic consequences it can have on people.

"Using social media as a channel to attack somebody with messages of hate, abuse and threats of violence is shocking – and something I am calling out.

"As soon as the chequered flag dropped, I knew how things were likely to play out on social media.

"The fact that I felt it would be best if I deleted Instagram and Twitter on my phone for a few days says all we need to know about how cruel the online world can be.

"The ensuing hate, abuse and threats on social media were not really a surprise to me as it's just the stark reality of the world we live in right now."

Latifi braced himself for abuse

Latifi added that what shocked him the most "was the extreme tone of the hate, abuse and even the death threats I received".

"Having a thick skin is a huge part of being an athlete, especially when you are constantly in a position to be scrutinised. But many of the comments I received last week crossed the line into something far more extreme," he continued.

"It concerns me how somebody else might react if this same level of abuse was ever directed at them. No one should let the activities of a vocal minority dictate who they are.

"Events in the last week have made me see how important it is to work together to stop this kind of thing happening and to support those on the receiving end.

"I realise I'm unlikely to convince those who acted in this way towards me to change their ways - and they may even try to use this message against me - but it's right to call out this kind of behaviour and not stay silent."

Latifi also thanked all the fans who "had my back" and expressed his desire for sport to "bring people together, not drive them apart".