Here is the provisional starting grid, including confirmed penalties, for the F1 2021 Mexican GP at the Autodromo Hermanos Rodriguez. 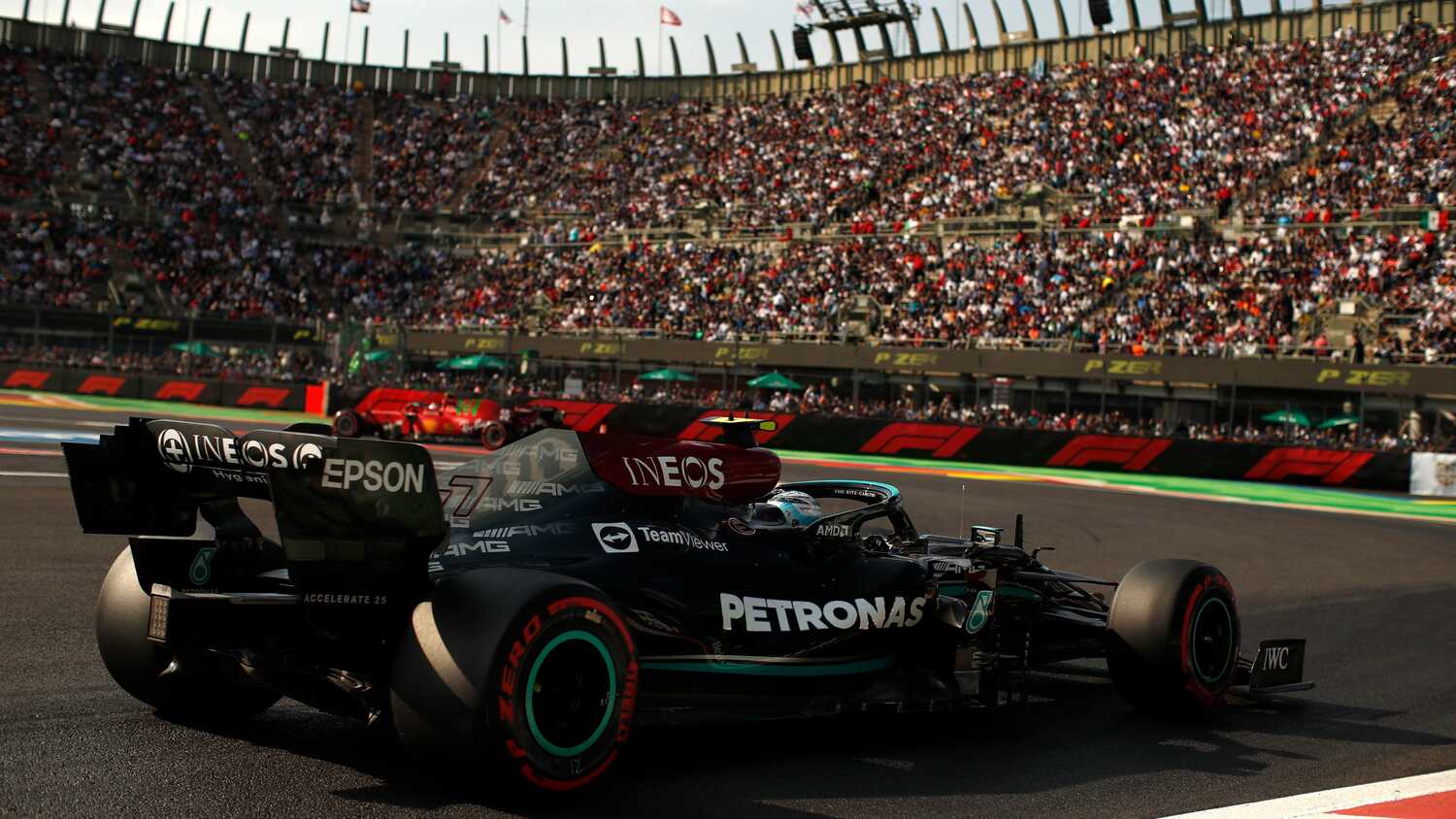 Valtteri Bottas will start the Mexican Grand Prix from pole position, after Mercedes surprised Red Bull in qualifying on Saturday.

Bottas led the first Mercedes 1-2 of the season with teammate Lewis Hamilton starting from second, as pre-event favourite Max Verstappen trailed in third.

Sergio Perez made it an all-Red Bull second row, ahead of AlphaTauri's Pierre Gasly and Ferrari's Carlos Sainz.

Daniel Ricciardo and Charles Leclerc will line-up on row four as the battle between McLaren and Ferrari continues.

Due to a series of grid penalties, Sebastian Vettel will be the first driver with a free tyre choice from ninth place alongside former teammate Kimi Raikkonen.

George Russell will start from 16th and is the first driver with a grid penalty for a new gearbox.

Behind the Williams driver are Yuki Tsunoda, Lando Norris, Esteban Ocon and Lance Stroll who have all taken on new power unit elements, so have been demoted to the back of the grid. They have been ordered by their qualifying position.