Red Bull's Sergio Perez and Max Verstappen dominated the final practice session ahead of qualifying at the Autodromo Hermanos Rodriguez. 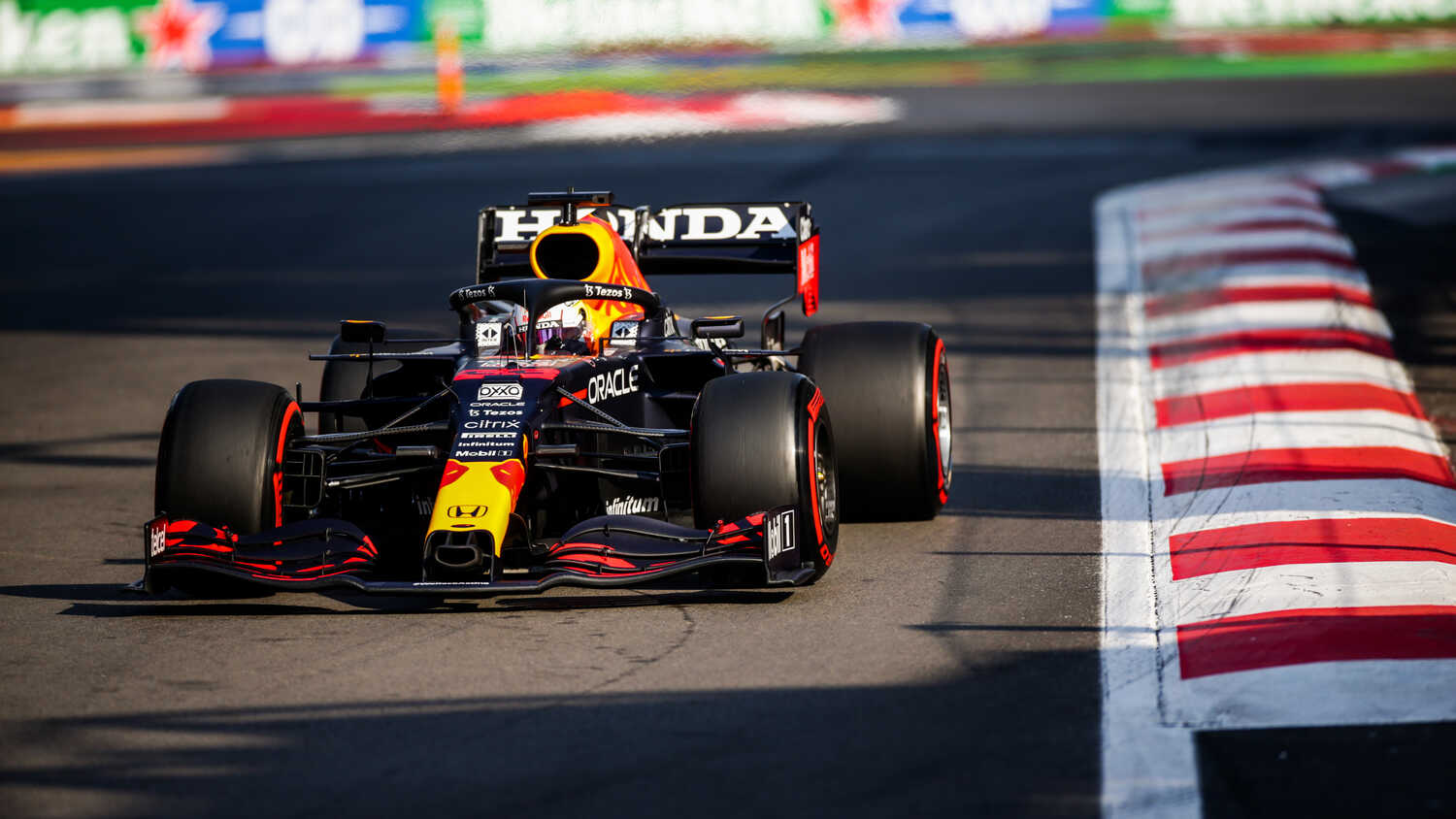 Sergio Perez has set the pace in the final practice session in Mexico, marginally ahead of teammate Max Verstappen, as Red Bull dominated proceedings at the Autodromo Hermanos Rodriguez.

Warm track temperatures greeted the drivers for the Saturday morning session, loitering in the low 40 degrees Celsius as the field headed out to clean up the surface after the support races. With oily patches of tarmac due to dropped oil, there were a couple of minor incidents early on as drivers complained about the lack of grip.

It was Mercedes' Lewis Hamilton who was first of the frontrunners to set a lap time, in the high 1:18s, with teammate Valtteri Bottas pipping him moments later as the Red Bulls headed out on track.

Perez sent the home crowd wild as he took over at the front with a mid-1:18s lap halfway through the session, but the pace really started to ramp up on the Soft tyre qualifying simulations.

Verstappen's first Soft tyre run was a 1:17.5s, as he went four-tenths clear of the improving Perez, before doing two cooldown laps ahead of another run. The Dutch driver then went quicker again, clocking a 1:17.2s to finally eclipse the pace he'd shown in Friday's FP2 session.

This time put Verstappen half a second up on Bottas as the Mercedes driver improved, but it was Perez who lit up the timing screens right at the end of the session.

Perez came out on a fresh set of Softs and set a 1:17.024 to go 0.193s faster than Verstappen, with the championship leader's final run slightly scrappy as he struggled with oversteer. Verstappen complained over team radio about the oversteer he'd encountered, but was still almost half a second clear of third-placed Hamilton.

Hamilton was incredulous when told about the gap to Perez out front, saying, "Six and a half tenths?", when his engineer informed him.

Having briefly topped the times early in the session, Bottas was consigned to fourth place by the end of FP3 and was 0.033s behind Hamilton on the same Soft compound tyres.

Ferrari's Carlos Sainz was fifth by the chequered flag, having initially struggled for grip early in the session as he encountered the oily surface at Turn 4 and ran wide.

AlphaTauri's Yuki Tsunoda impressed by placing sixth, a second away from the pace set by Perez, and two positions ahead of teammate Pierre Gasly, who finished eighth. The two AlphaTauris were split by McLaren's Daniel Ricciardo.

The other Ferrari of Charles Leclerc was ninth, with the top 10 rounded out by Lando Norris. The McLaren driver will start Sunday's race from the back of the grid, due to a Mercedes engine change on his car.

Aston Martin's Lance Stroll finished in 11th, 1.3 seconds away from the frontrunning pace, with Alfa Romeo's Kimi Raikkonen in 12th ahead of teammate Antonio Giovinazzi in 13th.

Having impressed in Friday practice, Sebastian Vettel's FP3 was somewhat more subdued as he finished in 14th place and two-tenths away from teammate Stroll.

The two Alpines have work to do ahead of qualifying, as they could only manage 15th and 16th in FP3, with Fernando Alonso and Esteban Ocon respectively. The French driver finished a tenth down on what Alonso managed, and will be starting from the back of the grid as a result of a full Renault power unit change on his car.

Williams' George Russell was 17th, and will serve a five-place grid penalty for Sunday's race as a result of a gearbox change after problems on his race gearbox on Friday. Haas' Mick Schumacher was 18th, ahead of Williams' Nicholas Latifi, with the other Haas of Nikita Mazepin 20th and last.