Red Bull's Max Verstappen has won the Mexico City Grand Prix, ahead of Mercedes' Lewis Hamilton, extending his title lead in the process. 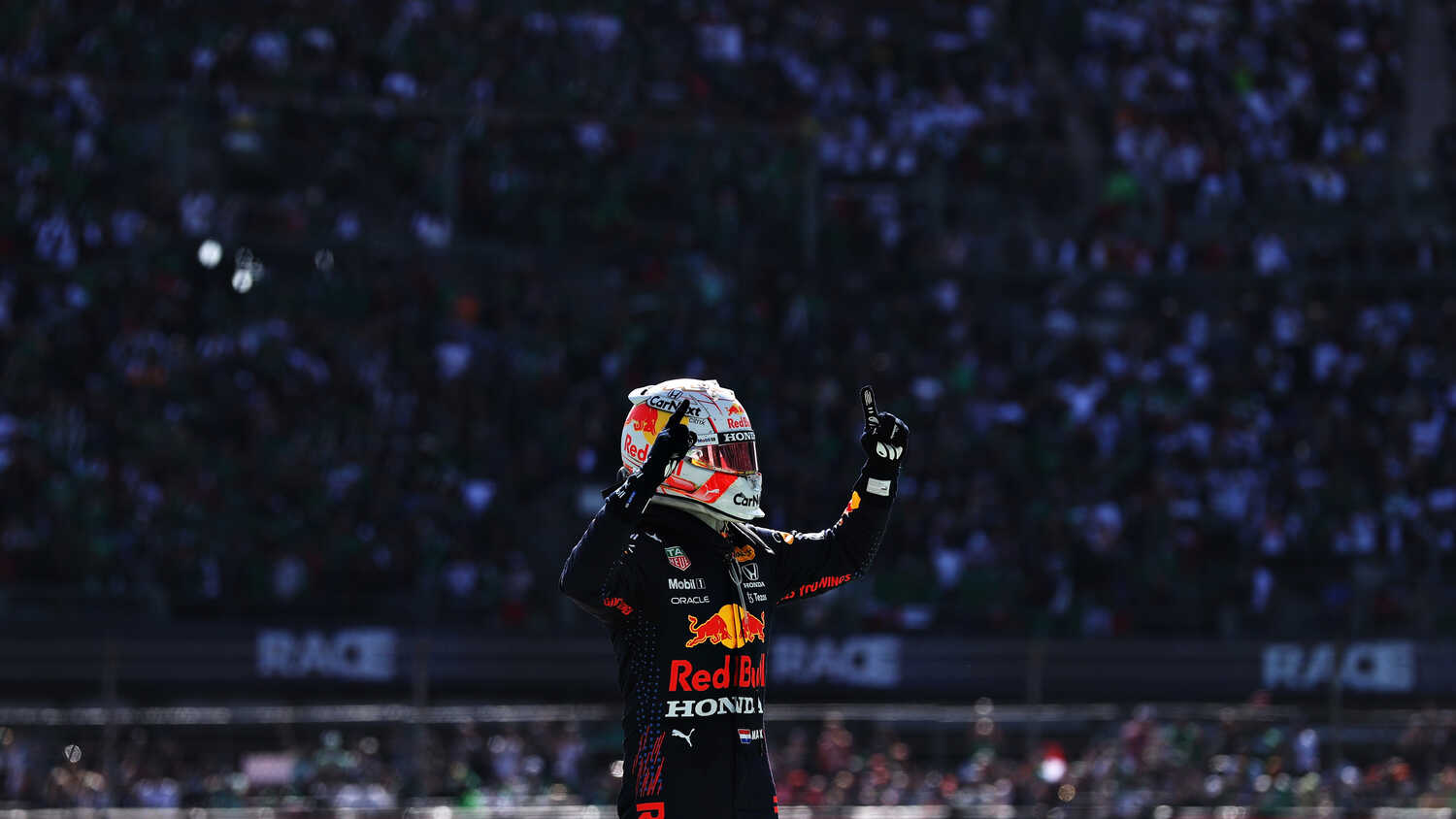 Starting from third place on the grid, Verstappen made a storming getaway to use the slipstream down the long run into Turn 1. With the two leading Mercedes and Verstappen three abreast into Turn 1, it was the Dutch driver who held his nerve and braked at the perfect moment to sail around the outside and take the lead.

From there, Verstappen was untouchable as he steadily pulled away through the entirety of the race. He came home more than 15 seconds clear of second-placed Hamilton.

Hamilton had to spend his race worrying about the other Red Bull, with Perez sniffing around 2.5 seconds behind the Mercedes during the opening stint. Perez had the chance to lead in front of his home crowd as Verstappen and Hamilton pitted, with Red Bull electing to run Perez 11 laps longer than Hamilton in order to build a difference in tyre life.

Perez then used his fresher tyres in the second half of the race to close up from nine seconds to apply pressure on Hamilton towards the chequered flag, but wasn't able to mount a proper attack. With Hamilton claiming second, Perez had to settle for third but still took his first podium in front of his home crowd.

Pole-sitter Valtteri Bottas' race fell apart right at the start. Having had Verstappen go around the outside, Bottas appeared to be trying to cede position to Hamilton but was tagged by McLaren's Daniel Ricciardo. This pitched Bottas into a spin, and he fell down the order before pitting at the end of the opening lap.

Ricciardo also pitted for repairs, and the pair remained nose-to-tail for the majority of the first half of the race as they fought back towards the points-paying positions. However, a slow pit-stop for Bottas put paid to any hope of points, with Mercedes pitting him on another two occasions to ensure the Finn prevented Verstappen from taking the fastest lap point.

With Bottas out of contention, it was AlphaTauri's Pierre Gasly who finished in fourth place. It was a lonely race for the French driver, coming home some 46 seconds behind Perez and 18 seconds ahead of Ferrari's Charles Leclerc.

The Monegasque driver found himself embroiled in battle with Ferrari teammate Carlos Sainz late in the race as the Spaniard surged forwards on fresher tyres, with the pair swapping places late on to allow Sainz an attempt at passing Gasly ahead. But, with Sainz falling short, the pair swapped back to claim fifth and sixth.

Antonio Giovinazzi finished 11th in the other Alfa Romeo, with Ricciardo recovering from his opening lap contretemps to claim 12th. Alpine's Esteban Ocon was 13th, surviving a first-lap clash with AlphaTauri's Yuki Tsunoda and Haas' Mick Schumacher that eliminated both rookies.

Nicholas Latifi was 17th in the other Williams, with the final classified runner being Nikita Mazepin for Haas.